Milwaukee Cleans Up From Storm, Braces For Another Difficult Night 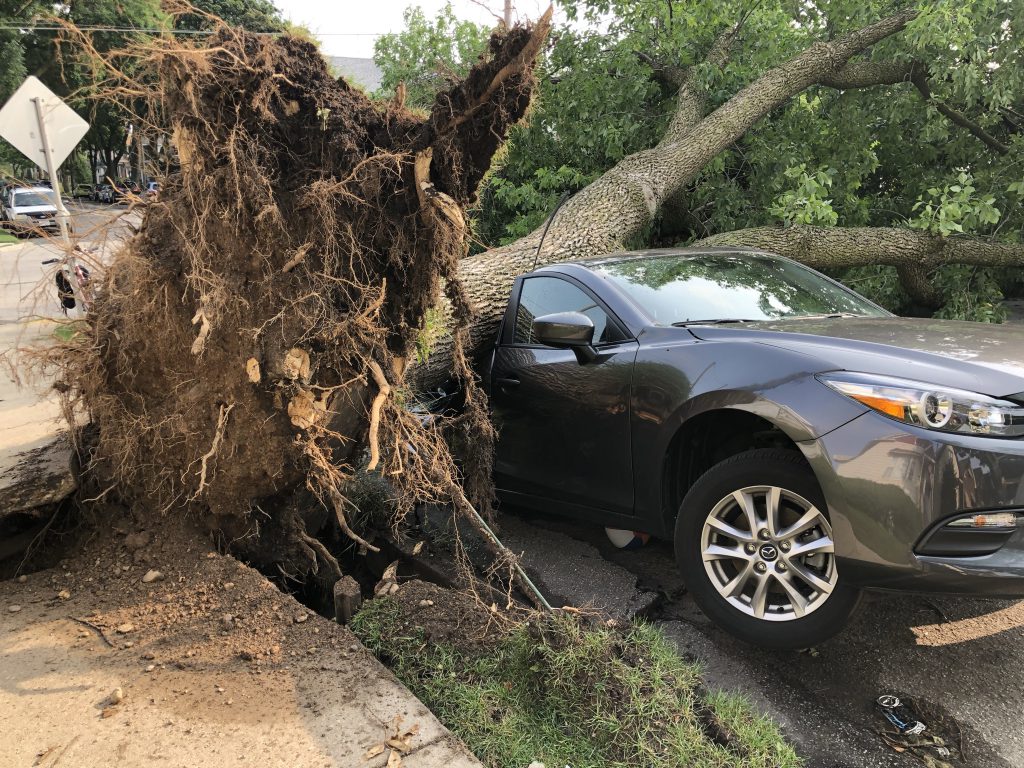 A Tuesday evening storm downed hundreds of trees and large branches in Milwaukee and left more than 109,000 We Energies customers without electricity as of midday Wednesday.

City officials are bracing for the worst to happen again Wednesday night.

“We don’t know what to expect tonight, the reports are that we could have severe weather again,” said Mayor Tom Barrett in an early afternoon press briefing. “We recognize this had not just a huge impact on the city of Milwaukee, but all of southeastern Wisconsin.”

“We have dialed things way, way up for this evening in anticipation of another round of storms coming,” said Milwaukee Fire Chief Aaron Lipski. But that doesn’t mean the fire department is adding staff, instead it’s attempting to get smarter about how it allocates resources.

In partnership with other Milwaukee County fire departments and We Energies, the county will be divided into four quadrants and specialized teams will respond to downed wires, fallen trees and other storm-related issues.

“We are expecting that will draw down the demand on the rest of the county, ergo making them available,” said Lipski of the department’s ability to respond to normal calls for service.

“Between 6 p.m. and midnight [Tuesday] night the Milwaukee Fire Department responded to about 266 calls,” said the chief. Approximately 120 were tied directly to the storm. “We had certain points where we were very, very drawn down on resources.”

He praised We Energies and the Milwaukee County Office of Emergency Management for assembling a response center to better handle the issue going forward.

“The intensity of that storm took us by surprise if we are being honest,” said the chief.

But the damage from the storm remains.

“As of noon today we have 920 calls for service due to tree damage,” said forestry services manager Randy Krouse.

The Department of Public Works has rotating crews working day and night shifts. Fifty-four forestry personnel are in the field during the day with more than 30 pieces of equipment, pulling trees off of buildings, vehicles and out of the street. A crew of 33 worked overnight Tuesday.

“It’s going to take awhile to get it all cleaned up,” said Krouse. There was no estimate on when things would be cleaned up.

But for issues that involve electrical problems, people are encouraged to 911. “Do not approach the downed wires,” said Lipski. The chief said any signs of sparking or arcing should be reported, as that will change response priority.

“Obviously We Energies is taxed to the nines just like everybody,” he said. “If it is taking longer than you believe it should, please be patient with us.”

A less obvious crisis is presenting itself during the day.

“We are close to a heat advisory and getting into a heat index of over 100,” said Milwaukee Health Department public health emergency response planning coordinator Nick Tomaro. The city and county have opened cooling centers, notably libraries, museums, community centers and senior centers.

The issue is particularly acute for those without power. Barrett, a Washington Heights resident, included himself among those. He said his family spent part of the morning transferring food from their refrigerator to friends that had electricity.

Residents are encouraged to prepare for the possibility of losing electricity Wednesday night. An outage map can be found on the We Energies website. Information on City of Milwaukee cooling centers is available on the MHD website. 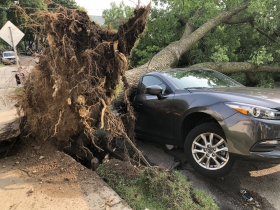 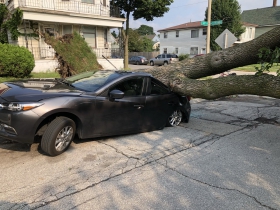 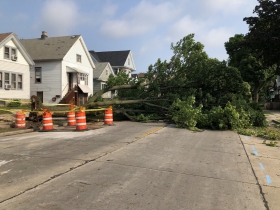 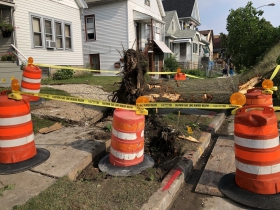 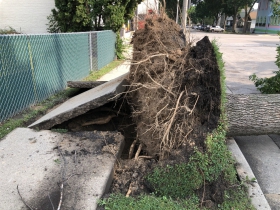 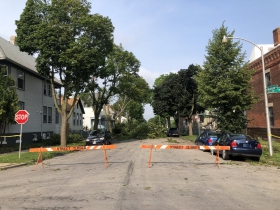