The past decade was warmest, wettest on record. UN Report warns of irreversible climate change.

By Danielle Kaeding, Wisconsin Public Radio - Aug 10th, 2021 12:56 pm
Get a daily rundown of the top stories on Urban Milwaukee 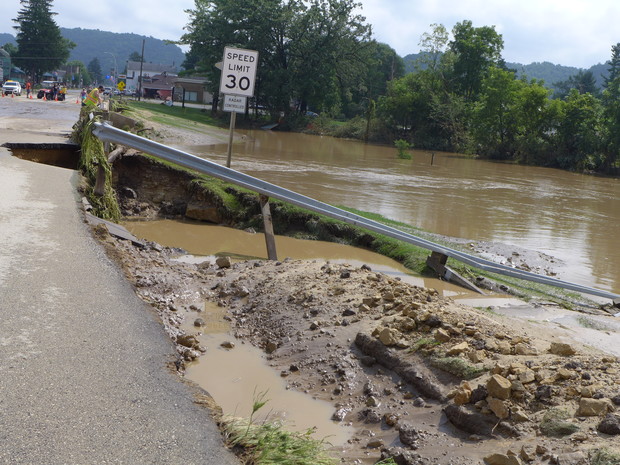 Temperatures across the world are expected to rise past a level that scientists had hoped to avoid through drastic cuts in carbon emissions, according to a new report from a United Nations panel on climate change. Scientists say many changes from past and future emissions will result in irreversible changes for centuries to come.

The report found it’s “unequivocal” that humans are responsible for widespread and rapid changes in warming of the earth’s atmosphere, oceans and land. The frequency and intensity of heat waves and rains are expected to escalate as temperatures rise, including in Wisconsin, said Dan Vimont, director of the Nelson Institute Center for Climatic Research at the University of Wisconsin-Madison.

“The UN report is broadly consistent with what we found here in Wisconsin, especially conditions and expected changes in the northern part of North America,” said Vimont. “One of the things that we’ve seen is this last decade has been the warmest and wettest on record for Wisconsin. That’s consistent with projections from the recent report.”

More than 200 scientists released the 3,000-page report Monday. It found global warming has increased faster since 1970 than any other 50-year period in the last two millennia.

The report details the effects of five climate scenarios based on the level of future carbon reductions. Under all, temperatures will likely rise by at least 2.7 degrees Fahrenheit in the next two decades — even with very low emissions.

Wisconsin is already warmer and wetter than it was more than half a century ago. Temperatures have risen by around 2 degrees since the 1950s and are expected to warm between 2.5 to 7.5 degrees Fahrenheit by mid-century. The amount of rain and snowfall each year has increased about 15 percent. And extreme rains are becoming more common, according to updated climate projections from the Wisconsin Initiative on Climate Change Impacts.

“The projections do suggest or do show that we expect more of these heavy rainfall events, as well as longer dry spells in between. And the interplay between those events is going to be really important,” said Vimont, who is co-director of the initiative. “Another thing we see here, and another thing that projections suggest is that warmer conditions will be associated with drier soil moisture and more ecological and agricultural drought.”

Much of southern and western Wisconsin has been abnormally dry this year with severe drought in southeastern Wisconsin earlier this summer. The dry conditions come just two years after the state saw its wettest year on record.

Chris Pollack, who runs a 150-cow dairy south of Ripon, said farmers have been adapting to larger rain events in recent years. Pollack served as part of Gov. Tony Evers’ task force on climate change, which was formed in 2019 and released its report in 2020.

“A lot of farmers are actively working to utilize farming practices that specifically are very much conservation-minded to help keep soil and nutrients in our field, and also, at the same time, sequestering carbon, which is a large part of the equation when you’re talking about climate change,” said Pollack.

Those practices will be even more vital as the panel of scientists finds heavy rains and flooding will only intensify and become more frequent with warming. As temperatures rise in Wisconsin, annual rainfall could increase up to 15 percent in the next 30 years. And a daily rainfall of 4 inches that typically happens once every 10 to 15 years in southern Wisconsin is likely to occur once every six to 10 years.

Both reports from the UN panel and Wisconsin researchers conclude that rising temperatures in the region are likely to be most pronounced in winter months. In the summer, the number of days hotter than 90 degrees is likely to triple in Wisconsin. Under higher emissions scenarios, southern Wisconsin could experience three months of extremely hot days by the end of the century.

The extreme heat often has disproportionate impacts on communities of color and low-income earners, said August Ball, founder of Cream City Conservation in Milwaukee, who also served on the governor’s task force.

“A lot of Milwaukeeans, at least, who are of lower income, don’t have access to air conditioning,” said Ball.

Milwaukee could see three times as many days with a heat index above 105 degrees by 2050, according to UW-Madison researchers. Extreme heat kills more people across the country than all other weather events combined, said Jonathan Patz, director of the Global Health Institute at UW-Madison.

“Heat-retaining surfaces like asphalt roads and concrete buildings…can really jack up the temperature. In an urban setting, especially nighttime temperatures can be more than 20 degrees Fahrenheit hotter than surrounding areas,” said Patz. “And with the inability to get relief at night, anyone that doesn’t have air conditioning, that’s a big risk.”

Until recently, Patz served as a lead author for the United Nations panel on climate change for the last 15 years. He added that research has shown a correlation between heavy rainfall events and increased visits to the doctor’s office among children experiencing gastrointestinal illness in northern and central Wisconsin.

Studies have also projected the frequency of combined sewer overflows into Lake Michigan could increase 120 percent by the end of the century, posing greater risk of flooding and waterborne diseases. The Milwaukee Metropolitan Sewerage District reported a combined sewer overflow into Lake Michigan that occurred early Sunday morning after parts of southern Wisconsin saw record-breaking severe weather on Saturday.

“It’s a global emergency. From my point of view, it’s a health emergency,” said Patz. “This report is a clarion call for not just talk but serious action.”

On Monday, Democrats in the U.S. Senate released a budget resolution that would devote $3.5 trillion toward President Joe Biden’s agenda to expand social programs and address climate change by raising taxes on the wealthy. The level of spending has been met with opposition by top republican leaders, including Senate Majority Leader Mitch McConnell.

Ball said she’s been disheartened by the nation’s progress to transition away from fossil fuels to a green economy.