By Laurel White, Wisconsin Public Radio - Aug 5th, 2021 11:51 am
Get a daily rundown of the top stories on Urban Milwaukee 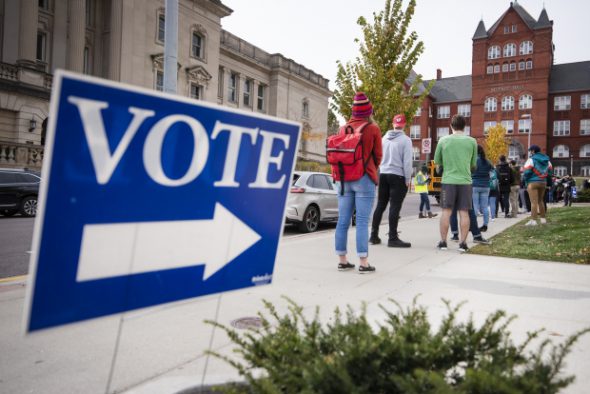 Wisconsin election officials have removed roughly 206,000 people from voter rolls in the state as part of routine list maintenance, including about 30,000 voters who were part of a high-profile conflict ahead of the 2020 presidential election.

The Wisconsin Elections Commission said Wednesday it removed 174,307 voters from the rolls Saturday because they had not voted in four years. That removal process and timeline is dictated by state law. Another 31,854 voters were also removed Saturday, the remaining people on a 2019 voter list that spurred a lawsuit that went all the way to the state Supreme Court.

The clash over the state’s voter rolls often boils down to partisan arguments, with Republicans saying regular large-scale purging of the list prevents voter fraud and Democrats raising concerns about legitimate voters being removed, creating more barriers to casting a ballot.

In a state that has seen razor-thin margins in recent statewide and presidential elections, a change to even a small number of eligible voters’ status could change the outcome of an election. President Joe Biden won Wisconsin by about 21,000 votes.

Reid Magney, spokesperson for the Wisconsin Elections Commission, said Wednesday the voter list removals are aimed at ensuring the integrity of the rolls.

“It is designed to make sure the list is current, but we are not trying to kick people off the list for some sort of minor infraction,” Magney said. “We are very confident that these are people who have moved and would need to re-register to vote anyway, assuming that they are still in the state and still want to vote.”

In addition to years of inactivity at the polls, some voters are flagged for removal because they are identified as having moved within Wisconsin or out of state. In 2016, Wisconsin joined the multi-state Electronic Registration Information Center which helps states identify those voters. However, those lists can sometimes be flawed. For example, about 7 percent of people on a 2019 list of 232,579 possible movers reported to the commission that they still lived at the address where they were registered to vote. Because of that communication, they stayed on the voter rolls.

Magney noted that, in addition to these larger-scale maintenance efforts, the commission works on a daily basis with local officials to keep the state’s voter rolls up-to-date. That includes removing felons and people who have died from the lists.

“I think people make a lot of assumptions about how the voter lists are maintained or whether or not they contain a lot of people who don’t live here anymore or dead people or other things like that, and those assumptions are not correct,” he said.

The elections commission has been battling disinformation about the prevalence of voter fraud in Wisconsin for years. According to a June report based on information from local election officials, 13 allegations of suspected voter fraud were sent to district attorneys in relation to the November 2020 election, out of nearly 3.3 million votes cast. The report said 41 suspected cases of voter fraud have been referred to law enforcement since 2016.