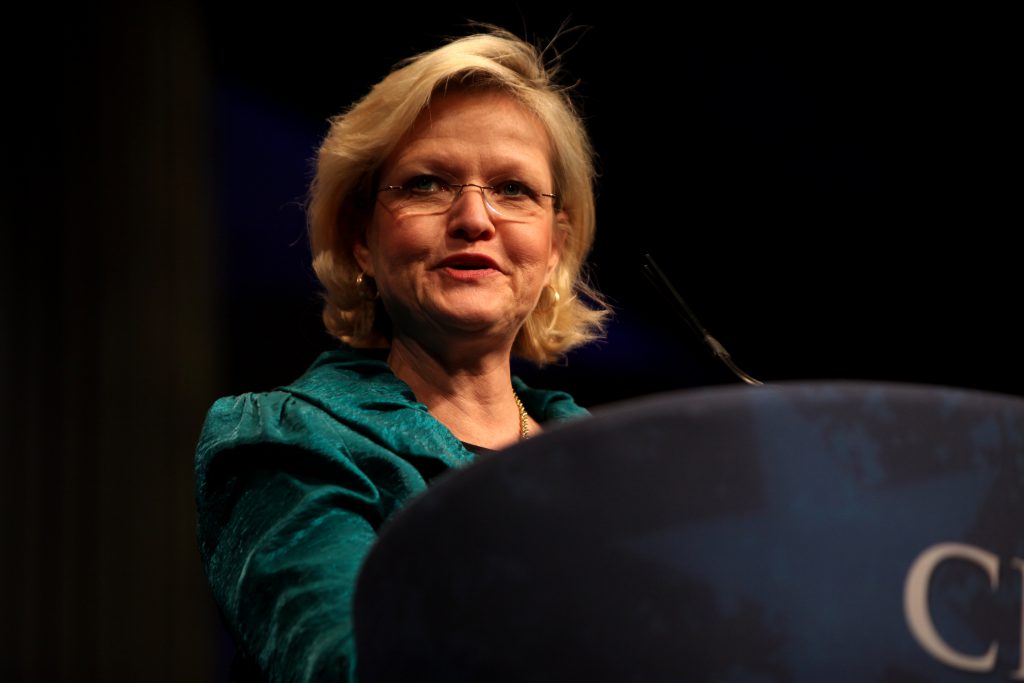 New Yorker writer Jane Mayer, the author of the book Dark Money, has once again done great reporting to show how Milwaukee’s Lynde and Harry Bradley Foundation is perhaps the biggest funder of groups trying to undermine America’s elections by spreading the Big Lie that President Joe Biden wasn’t legally elected. And its board member Cleta Mitchell is the key figure pushing for this funding, while working as a lawyer and activist with most of major groups working to invalidate a legal election.

I’ve been reporting on the foundation since 1988 and what strikes me is how it has become progressively radicalized over the last decade or so. For much of its history, under its president Michael Joyce, it was a transparent organization that believed in the power of ideas and even funded attempts to find compromise between conservative and liberal views. Now it operates very secretively, rarely responding to requests for comment, and engaging in partisan, pro-Republican advocacy that some charge is expressly forbidden by federal law regulating charitable organizations.

Its latest project, however, might be the most egregious: an organization exempt from federal, state and even local property taxes (which as a consequence increases taxes for the taxpayers) is using its funding to bankroll groups undermining legal elections and attempting to both suppress and subvert the vote.

Mayer calculates that since 2012 the $850 million foundation has spent some $18 million on groups tied to voter suppression legislation, and most recently on stoking false fears of a stolen election. It has been a generous funder of a list of groups working to promote the Big Lie, including the Heritage Foundation, ALEC (American Legislative Action Council), Federalist Society, Honest Election Project (formerly the Judicial Education Project), Election Integrity Project California, FreedomWorks’ National Election Protection Initiative, True the Vote and Turning Point.

“It might seem improbable that a low-profile family foundation in Wisconsin has assumed a central role in current struggles over American democracy,” Mayer writes. “But the modern conservative movement has depended on leveraging the fortunes of wealthy reactionaries.”

But the idea that the Bradley Foundation is operating in line with the wishes of Lynde and Harry Bradley, whose company-created wealth was used to bankroll the foundation, is misleading at best. Mayer reports that the Bradley heirs sold the Allen Bradley Company, but the sale was actually orchestrated by I. Andrew (Tiny) Rader, a frustrated, retired CEO who conspired with the four other trustees of the company’s stock (only one of whom was a Bradley heir) to sell the company.

Get a daily rundown of the top stories on Urban Milwaukee
In doing so these five trustees, all local business executives, directly violated the wishes of company founders Lynde and Harry Bradley, who maintained Allen Bradley as a privately owned company and fiercely opposed turning it into a publicly-traded company. The sale of Allen Bradley for $1.65 billion to Rockwell International in 1985 ended the Milwaukee company’s 83 years as a privately-run entity.

For Rader because the company foundation owned 17% of the stock, it created a new base of power for him, running what overnight became the state’s largest foundation, with $280 million in assets, and has tripled in value since then.

While Harry Bradley was a John Birch Society founding member, the corporate foundation “devoted much of its giving to needy employees and to civic causes in Milwaukee,” as Mayer writes. The records of that foundation are long gone, but I reviewed them back in 1988 and by far the most money went to private colleges in Wisconsin, followed by medical care providers and then arts groups in the state. There were some donations to right-wing groups, but it was a small percentage of the total.

But Rader now used the money to create an entirely different kind of foundation. He brought in neo-conservative and Olin Foundation executive director Michael Joyce to run the brand new Bradley foundation and Joyce reshaped it into the biggest funder of conservative thinkers and policy making in the U.S., including projects bearing the Olin name but bankrolled with Bradley money.

Joyce, served as Bradley President from 1985 to 2001, the longest tenure so far for the foundation, and was a Democrat-turned Republican who aggressively courted the mainstream media and fiercely believed in the clash of ideas and that conservatives could win that fight. It was under Joyce that groups like Heritage Foundation, ALEC and the Federalist Society began getting funding, but they have become increasingly radicalized since then, as has the Bradley Foundation.

Joyce was succeeded by longtime Republican activist Michael Grebe, and under him (from 2002-2016) the foundation’s style changed markedly. Joyce aggressively sought media attention for the foundation, while Grebe’s style was to operate quietly and behind the scenes. His successor, Rick Graber, had been chair of the Republican Party of Wisconsin from 1999-2006, where he became one of the first Republicans in the state pushing the idea of voter fraud.

Under Grebe the foundation began using funding to help create “unified” political control of governorships, legislatures and state Supreme Courts by the Republican Party in a long list of states. It has funded training schools for Republicans, has engaged in efforts to turn Democratic-leaning blue states into Republican-leaning red states, and funded many things that seem like purely partisan projects, arguably violating the federal law restricting a tax-exempt charity from engaging in activities to benefit a political party.

All that continued under Graber, who is now funding groups to push the Big Lie. The radicalization of the foundation could be seen in addition of board members like James Arthur Pope (in 2014) and Cleta Mitchell (2012)

Pope is a rabid right-winger who used his family foundation money to almost single-handedly turn North Carolina into a red state and to help bankroll a gerrymandering scheme the U.S. Supreme Court overturned as unconstitutional for targeting and reducing the impact of black voters with “almost surgical precision.” In 2017 Pope succeeded Dennis Kuester, a local bank executive with less radical views, as the foundation’s board chair.

Mitchell, a longtime Washington D.C. lawyer, worked with President Donald Trump to argue that he won the 2020 election and participated in the infamous phone call to the Georgia Secretary of State where Trump pushed the official to “find” enough voters to overturn Biden’s win in that state. The controversy forced her resignation from the Foley & Lardner firm, where she had been a key attorney, yet the Bradley Foundation was happy to keep her on the board.

“With Mitchell’s support,” Mayer writes, “diehard conspiracy theorists are still litigating the [election] in Fulton County, which includes most of Atlanta. Because they keep demanding that election officials prove a negative—that corruption didn’t happen—their requests to keep interrogating the results can be repeated almost indefinitely. Despite three independent counts of Georgia’s vote, including a hand recount, all of which confirmed Biden’s victory, Mitchell argues that ‘Trump never got his day in court. ‘”

Mayer offers a long history of Mitchell’s politics, which backs up the view of one observer she quotes, who says Mitchell is on “the fringe of the fringe” of American politics. Which is exactly the direction in which she is helping push the Bradley Foundation. Hacked foundation documents showed that, “once Mitchell became a director, she began urging the foundation to support nonprofit organizations policing election fraud,” Mayer reports.

“A Reuters report characterized Mitchell as one of four lawyers leading the conservative war on ‘election fraud,’ and described True the Vote as one of the movement’s hubs,” Mayer writes.“The story linked the group and three other conservative nonprofits to at least sixty-one election lawsuits since 2012. Reuters noted that, during the same period, the four groups, along with two others devoted to election-integrity issues, have received more than three and a half million dollars from the Bradley Foundation.”

The old Allen Bradley foundation was about supporting private colleges as an alternative to public institutions. Its successor foundation is acting not on the wishes of wealthy benefactors, but has over time been hijacked by cynical conservative operatives who no longer believe in American democracy and are using tax exempt dollars to do everything possible to overturn legal elections. Small wonder the foundation resolutely avoids publicizing its activities.