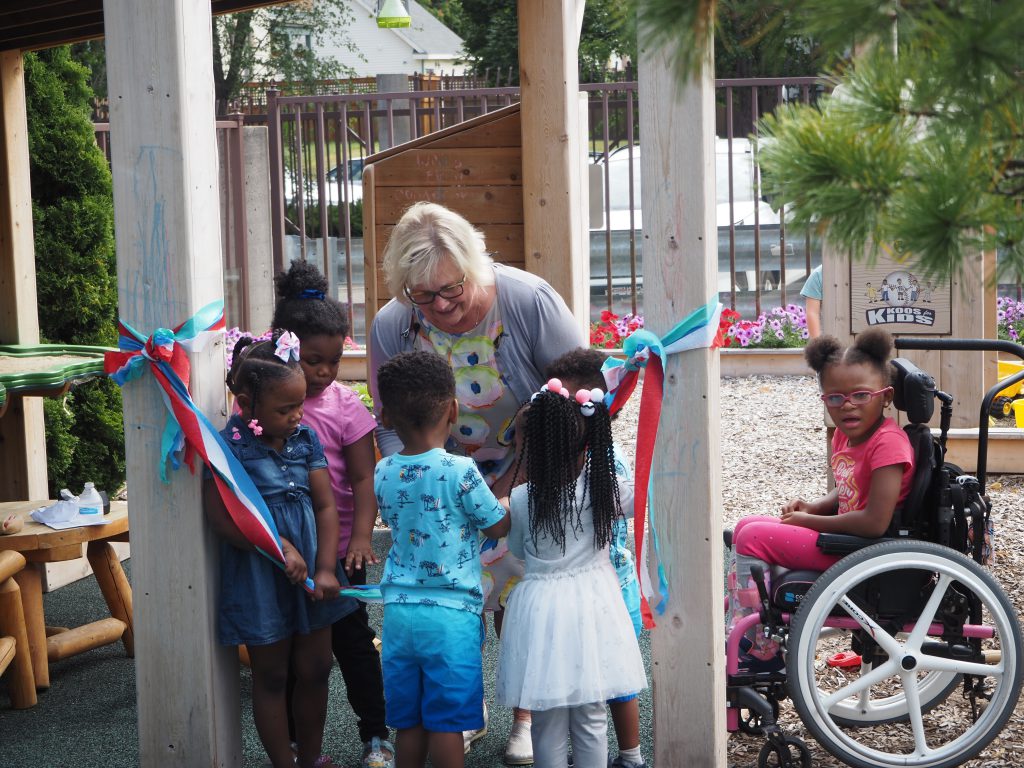 Penfield Children’s Center unveiled a new playground Monday that is intended to be accessible to children of all different abilities.

The playground, located at 833 N. 26th St., includes slides, climbing logs, a rain garden, walking/biking paths and a vegetable and herb garden. Approximately 30% of the playground is constructed from permeable material to help avoid flooding and minimize runoff, according to Chris Holmes, organization president and CEO.

Holmes said that it is paramount for children who are “typically developing” and those who aren’t to have a space to play together.

“Inclusion is really, really important for children at a young age,” Holmes said.

This aligns with the overall mission of the children’s center to create a “positive start in life for infants and children, many of whom have developmental delays of disabilities, by providing early education, health services and family programming.”

The playground is intended to serve Penfield students from infants to age seven.

It is not open to the general public because Penfield has to keep the area clean and sanitized, especially amid the COVID-19 pandemic. “We have to watch out for the children,” Holmes said. “We’d love to have something like this in our community that is open to the public.”

Holmes noted that this playground would not have been possible without contributions from donors, which included the Milwaukee Brewers Community Foundation, Fund for Lake Michigan, Kaycee Charitable Trust, Koos for Kids and MacQueen Equipment, along with individual donors. 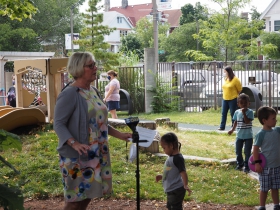 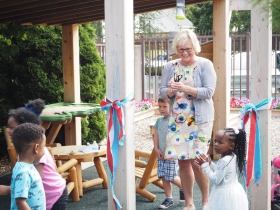 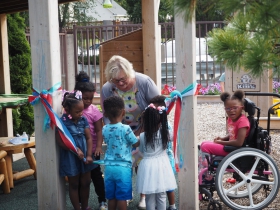 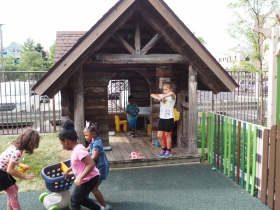 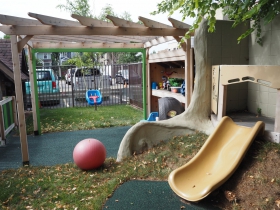 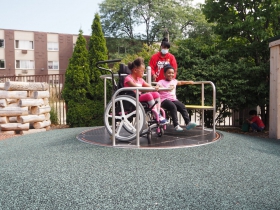