News broke Friday via Milwaukee Journal Sentinel reporter Tom Daykin that a buyer is in place for Johnson Controls‘ seven-building downtown office complex. Kenosha-based Bear Development has a purchase option on the property.

The industrial conglomerate announced in January that it would relocate its 1,300 downtown employees to its suburban Glendale campus. It is expected to complete the move over a period of two years.

JCI currently occupies a full block of office buildings bounded by E. Michigan St., E. Clybourn St., N. Jackson St. and N. Jefferson St. The oldest building in the seven-story complex, once its corporate headquarters, dates back to 1902, according to city assessment records. Numerous additions were built over the ensuing decades. Across the seven, attached buildings there are more than 420,000 square feet of occupiable space. The complex, 507-525 W. Michigan St., is currently assessed for $25.9 million.

What does Bear plan to do? President S.R. Mills told Daykin the company is currently considering a range of potential uses including office space, a hotel and housing.

The company has experience in all of those areas, as well as redeveloping old buildings. Just a few blocks west, the company led the redevelopment of the Button Block Building, 500 N. Water St., into a Homewood Suites hotel. Going further west, it developed the 700 Lofts in a former office complex, 700 W. Michigan St. It secured low-income housing tax credits earlier this year to construct a new, affordable apartment building across the street. And it’s planning to redevelop the entire Filer & Stowell office complex, 147 E. Becher St., in Bay View.

In the southern Milwaukee suburbs and stretching into northern Illinois, Bear has acquired or developed a number of office buildings. It also maintains a sizable portfolio of apartment buildings and other commercial properties.

Get a daily rundown of the top stories on Urban Milwaukee
JCI hired CBRE to market its downtown campus for sale.

It marks a departure from the JCI’s public consideration of building a new downtown tower in 2015. But the city-to-suburb move comes after the company has spun off some business lines while merging with Tyco and relocating its corporate headquarters, on paper, to Ireland. It spun off its automotive seat business, now known as Adient, in 2016. It also sold its automotive battery business, now known as Clarios, to Toronto-based Brookfield Business Partners for $13.2 billion. The remaining company is focused on building technologies.

In recent years, JCI sold land immediately west of its headquarters for $5.15 million. Those parcels now house three hotels that opened in late 2020.

A parking garage used by employees, 535 N. Milwaukee St., is owned by the City of Milwaukee. The company has owned a number of properties in Milwaukee and other suburban communities over its 137-year history. It no longer has any manufacturing in the Milwaukee area.

JCI, in its current iteration, reports having approximately 105,000 employees on six continents. Approximately 2,000 of those employees will soon be working in the Glendale office. 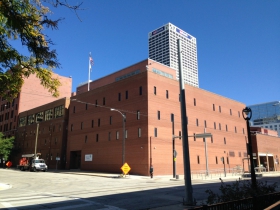 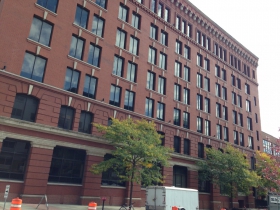 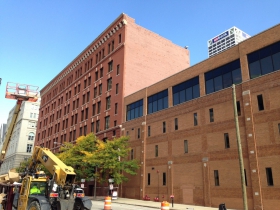 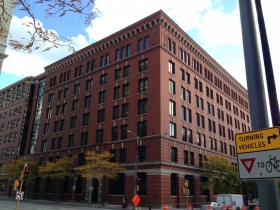 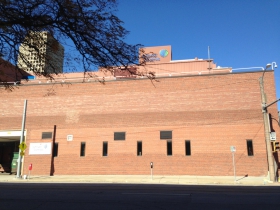 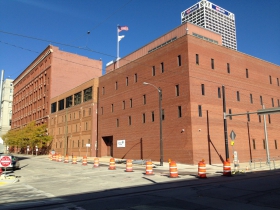 An apartment building proposed for the corner of E. North Ave. and N. Summit Ave. may need to be reconfigured if two houses on the site are designated as historic by the City of Milwaukee.

Developer Brian Wagner of TamaRock Ventures, who is seeking to develop a seven-story, 90-unit apartment building on the corner, applied to demolish the houses as well as two four-unit structures along E. North Ave. But the Summit Avenue permits are now on hold as McCarthy’s temporary and permanent designation requests play out.

Wërd Bar is for sale.

The tavern has a bold interior, decked out with purple lights and a sparkly, silver bar. Owner Andrew Pakalski said Wërd (pronounced weird) became known mainly for its frequent karaoke nights since opening in 2018. But the business closed in 2020.

The 2,394-square-foot building at 111 W. Howard Ave. includes a two-bedroom apartment on the upper floor. The Tippecanoe neighborhood property is listed by Andrea Jenels-Wimmer of Ogden & Company with an asking price of $449,000.