It's now a little bit easier to get around the East Side. 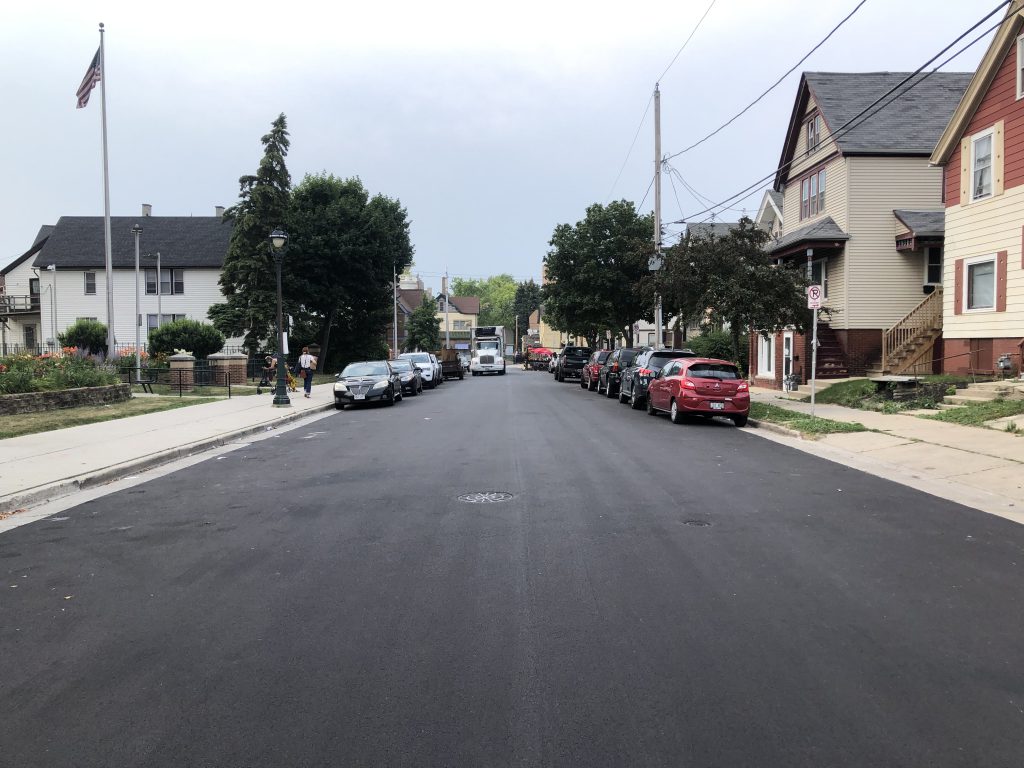 N. Arlington Pl. after being converted to two-way traffic. Photo by Jeramey Jannene.

For the first time in decades, you can travel north on N. Arlington Pl. to get to Brady Street.

The one-way portion of N. Arlington Pl., which ran from N. Warren Ave. to E. Brady St., has been repaved and restriped to accommodate two-way traffic.

Angled parking on the east side of the street has been removed in favor of traditional parallel parking on both sides.

“We get a two-way street and more parking. It almost sounds too good to be true,” said Alderman Nik Kovac in an April 2019 interview. The work was completed in early July as part of the city’s high-impact paving program that replaces the top level of asphalt to extend the life of a roadway.

The proposed change originated with a project by Klein Development. The real estate firm developed the five-story, 96-unit The Easton apartment building at 1632 N. Franklin Pl. The development, completed in 2019, spans the width of the block, with a parking garage entryway adjacent to the Y-shaped intersection of N. Arlington Pl. and N. Warren Ave.

Without the change, anyone entering the building’s parking garage would have had to come from E. Brady St. before heading south on Arlington Pl. or illegally cross a Y-shaped intersection. The city approved a zoning change for the project in May 2017 with the understanding that the street was to be converted to two-way traffic.

The street grid near N. Arlington Pl. features a number of angled intersections and short streets due to the merging of the diagonal street grid that follows Lake Michigan with the traditional north-south, east-west street grid that emanates from Downtown. The area has a number of one-way streets, partially in response to resident concerns about cars speeding through narrow side streets. Others, like Prospect and Farwell avenues, serve as main arterials.

N. Arlington Pl. now can serve as a convenient bypass of the Nomad World Pub’s closure of N. Warren Ave. at E. Brady St. As part of the city’s Open Streets for Business program, the tavern has leveraged the street as an extension of its patio during the pandemic. 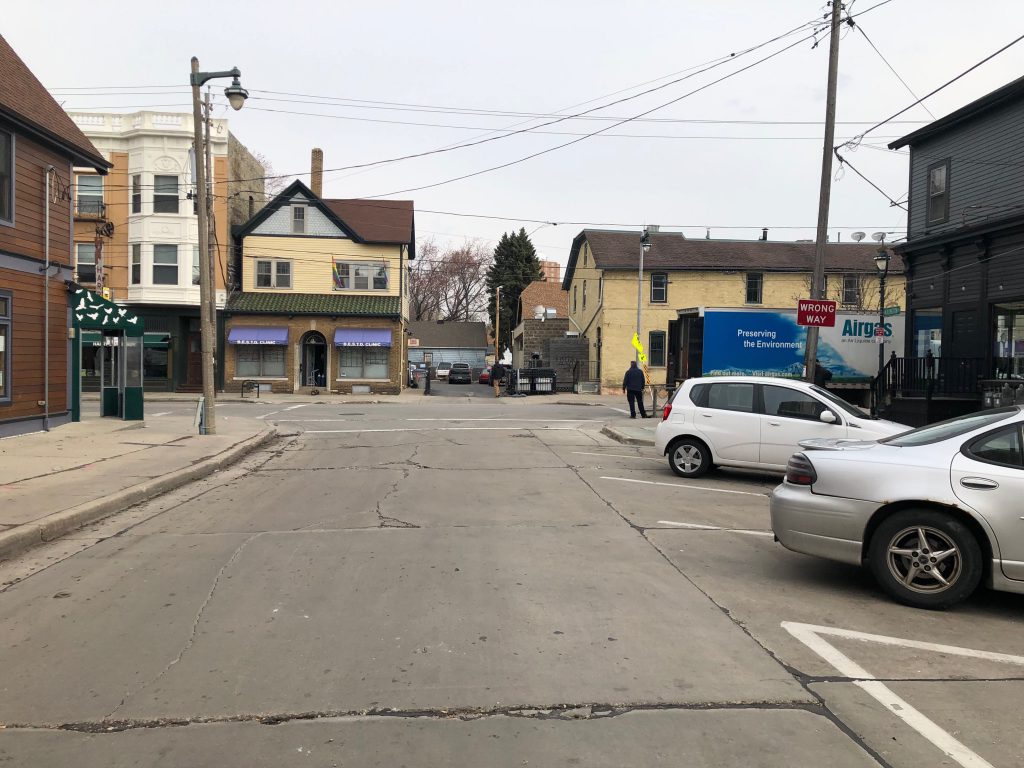 N. Arlington Pl. on Milwaukee’s Lower East Side before being repaved. Photo by Jeramey Jannene.