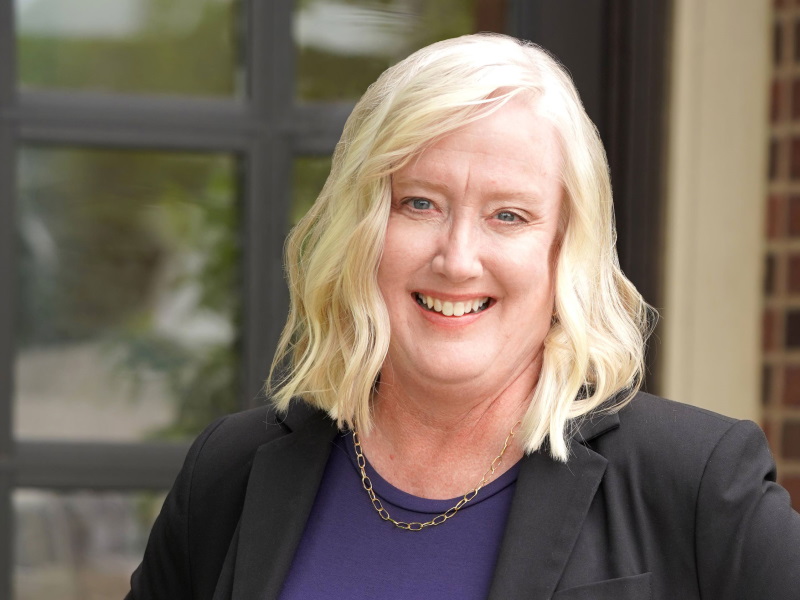 On a sunny summer afternoon, Ann Roe stood before an enthusiastic crowd in front of her Janesville home and made public a decision she’d been working on for months: to run for Congress to represent Wisconsin’s 1st District.

“It is time for change in this district,” said Roe, “and time to elect a hard worker, a dedicated community member and faithful public servant.”

With those words, Roe joined a string of Democrats — from the energetic and well funded to the all but token candidates — who for more than a quarter century have been trying to turn southeastern Wisconsin’s seat in the U.S. House of Representatives from red back to blue.

Roe acknowledged that it won’t be easy. But, like many a challenger, in many an election, she asserted that she’ll do what predecessors — in this case, going back 28 years — could not.

“We are going to win with a strong ground campaign that has already begun and research and exploration,” Roe told a handful of reporters after her brief announcement speech, as the rest of the crowd mingled and munched on cookies. “We will knock on every door and speak to everyone, especially those that are hungry for a bigger voice.”

The 1st District is a canvas of suburban and rural communities stretched across Wisconsin’s southeastern and south central region, anchored at its corners like thumbtacks by blue-collar cities. For most of the last 50 years, it has been the subject of outsized interest in Wisconsin congressional politics.

For more than 20 years, beginning in 1971, it was a Democratic bastion held by the late Les Aspin, who went on to become President Bill Clinton’s secretary of defense. For even longer it has been a solidly Republican district that helped catapult Paul Ryan first to the 2012 Republican vice presidential nomination and later to the office of Speaker of the House.

The blue-to-red shift began when Republican Mark Neumann defeated Aspin’s successor, first-term Democrat Peter Barca (now secretary of the Wisconsin Department of Revenue), in 1994, by less than a percentage point.

But it was Ryan, elected four years later, who set the tone for the political transformation, handily winning re-election throughout his 20-year tenure. After Ryan decided not to run in 2018, one of his former aides, Bryan Steil, easily succeeded him. Steil is now in his second term.

For a Democratic challenger to win, “that would be very tough,” says Louis Fucilla, a political science professor at the University of Wisconsin-Whitewater. “It’s a seat that’s been in Republican hands for quite some time.”

Two rounds of redistricting have helped favor the GOP.

The first of those, in 2001, was a bipartisan deal that was incumbent-friendly. Tammy Baldwin represented the 2nd District and had narrowly won re-election in 2000. In drawing the new maps the next year, one of those 1st District urban thumbtacks — Beloit — was shorn away along with a strip of western Rock County and grafted on to the 2nd. The revision strengthened the Democratic advantage in the 2nd going forward while padding Republican margins in the 1st.

In 2011 — the first time in decades when one party had total control of the redistricting process in Wisconsin — the state Legislature’s Republican majority carved off additional territory in conservative Waukesha County to add to the 1st District, helping to solidify its GOP tilt.

Only twice in his two decades in office did Ryan win less than 60% of the vote: in his first election in 1998, and in 2012, when he was also running for vice president.

In Steil’s first race in 2018, he faced Randy Bryce, an ironworker and high-profile progressive political activist who had entered the race more than a year earlier with enthusiastic support, when Ryan was still the presumed candidate.

Bryce drew national attention, and, for the district, unprecedented funding. He raised and spent $8.6 million, more than four times Steil’s $2.1 million, but Steil still won with more than 54% of the vote to Bryce’s 42%. (The figures don’t include spending by outside groups on behalf of either candidate.)

“Steil still won very comfortably,” says Fucilla — even while running for an open seat in a year when the Republicans lost the House of Representatives.

“That’s the point at which a seat is the most competitive,” he adds. “It really stayed in Republican hands despite 2018 being a very good year for Democrats in the House.”

In the face of such odds, Roe, 55 and a political newcomer, contends she can break the Republican winning streak.

“I wouldn’t get in and put everything into it if I didn’t think I could win,” she says.

A Chicago native who grew up in suburban Evanston, she went to college at Lawrence University in Appleton, where she met her husband, Jonathan Roe, an Elm Grove native. She worked at Northwest Airlines, then earned an MBA in finance and marketing at Northeastern University in Boston while her husband was in medical residency. The couple moved to Janesville, where he went into practice as a pediatrician.

Ann Roe spent five years as the executive director of the Beloit-Janesville Symphony orchestra and for more than a decade lectured in marketing at UW-Whitewater.

Conversations with students about how they had chosen the university prompted her to start a consulting firm, Custom College Solutions. High school resources for guidance counseling have shrunk, and guidance counselors “are covering so much,” Roe says, that she saw a need to help young people with their college search and application process.

“I want all students, wherever they are, to have options after high school, and I want them to know their options,” she says. “I want them to do what they want to do rather than feel that they backed into it, or they couldn’t think of something else.”

Roe also consulted with the Janesville School District to develop its internal communications program and then to help the district apply for a quality award bestowed by the Wisconsin Center for Performance Excellence. In 2019, as president of the foundation that maintains the 93-year-old Janesville Women’s Club building, she led a campaign for a National Trust for Historic Preservation grant to repair the building’s foundation and entrance.

As part of the application process, applicants were required to solicit votes for their projects that were tallied and ranked by the grant program’s sponsors. The Janesville Women’s Club was the top vote-getter that year.

Roe suggests that could be a harbinger for her campaign.

With her campaign just launching, Roe’s website features her biography and fundraising rather than policy details. So far her public statements have focused on the economic challenges for families and small businesses.

“Many families are stuck in a vicious circle of work and debt, which diminishes their hopes of getting ahead,” Roe said in her announcement speech, ticking off wages, the cost of health care, child care, education, transportation and other necessities.

She is coupling that pocketbook message with an assertion that the district isn’t adequately represented now, while she claims the mantle of a hard worker who has experience fixing problems.

“We’ve had a lack of action or a lack of substantive problem solving at the federal level,” Roe told reporters, without mentioning Steil by name. “The current representation does not include everybody at the table. And there appears to be no coming invitation for those people, those families, those workers.”

One of them is former state Sen. Tim Cullen, who helped kick off Roe’s announcement event. “She seems to have a lot of energy — and that’s what it takes,” Cullen says.

Cullen notes that he won his own first race for the state Senate in 1974 in a district that was 58% Republican. In 2018, when Rebecca Dallet won her state Supreme Court race convincingly, she lost the 1st Congressional District by “just five points,” he adds. “Anyplace that’s within five points is winnable by either side.”

Also backing Roe’s bid is former state Rep. Deb Kolste, who introduced Roe to the crowd on the day she announced. The two are long-time friends, and when Roe was weighing whether to enter the race, Kolste was among those she consulted early.

“She asked me to help point her to people within the Democratic party and legislators that would be helpful — and truthful — to her on what she needed to run,” Kolste says. “She’s talked to everybody — and I do mean everybody.”

Roe is following up on her announcement with listening sessions across the district to hear from county Democratic organizations and other groups.

So far, no other potential contenders have emerged, but it’s still early. The state will be redistricting again before the 2022 race; Republicans still control the Legislature, but unlike a decade ago, a Democratic governor will weigh in on the process. If the new map has a more even party balance, more Democrats could step in and create a primary contest.

But Kolste says Roe’s early energy persuades her that Roe could reverse the trend of nearly three decades. “The number of people that I know that she’s personally talked to, and the things she’s done already, let me know even before she announced that she’s going to work really hard for this,” the former Assembly member says.

Kolste acknowledges that her friend will need every bit of that energy to succeed in what will be a hard-fought race.

“She’s got to get together a group of people that can really work hard for her,” Kolste says. “She’ll have to sell herself to those who can really fund her campaign. But it’s always amazing to me that we think because it’s hard, it can’t be done.”

What will it take to turn a red seat blue? was originally published by the Wisconsin Examiner.