The push for profits and shareholder value leads to ever worse public health. 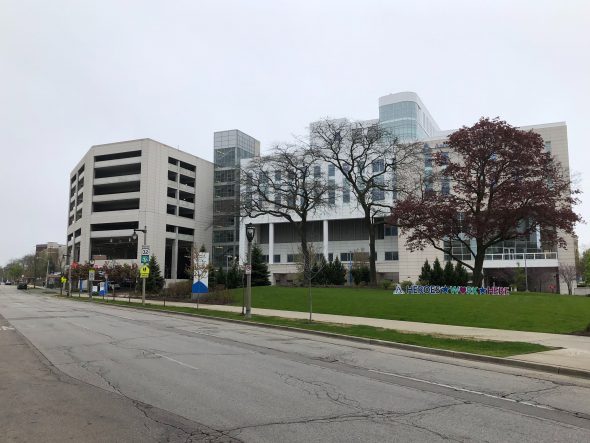 In our country, the “health care” discussion is typically not about health, but about health insurance: who will pay for what?  The Affordable Care Act is an example of that focus, one that distorts reality in important ways. What we really need to discuss is “health,” both community and individual.

A university student was recently given an assignment: describe the health trends in your community. Instead of going on line or to the library, the student interviewed the neighborhood pharmacist. His message was succinct: people in this community are living longer, but they are not healthy. Many of their conditions were chronic and “lifestyle” related, high levels of obesity and the visible signs of physical inactivity. In some communities, diabetes is seen as being as normal as getting the common cold. In others, high levels of violence, and their health consequences, are also considered normal.

In parts of the country, especially the West, a big idea is taking hold. It is that improving access to health care is obviously important. But, if we don’t begin to (re)build healthy communities, it is a losing battle. There will never be enough money to pay for poor health, or enough television-advertised pills, to manage – let alone cure – the problems. Getting to healthy communities will require challenging the value structure that currently defines “health” in our country.

Half a century ago, another big idea took hold in the United States, promoted by elite economists like Milton Friedman. The idea was that, in our economy, the only value was “shareholder value.” Quarterly shareholder reports became the critical decision drivers. Individual and community health became incidentals, at best.

Nobody thought much about the implications of this value structure for our national health. So, for example, the shareholders of public insurance companies zeroed in on the “medical loss ratio,” dollars paid out for claims against premiums paid. For shareholders, the optimal number would be zero, collecting premiums and paying out nothing. Insurance executives were paid huge salaries to get that number as low as possible. Good for shareholders, not so hot for the rest of us.

Even more dramatic, the pharmaceutical industry became essentially a marketing and patent manipulation business, enriching shareholders and CEOs, and impoverishing many “little” people. The opioid crisis may be the ultimate example of this value structure at work.

In addition to insurers and big pharma, hospital chains, now called “systems,” have grown rapidly, eliminating competitors and, in many instances, ignoring “underserved” communities and primary care. More recently, a new scourge, investor-driven private equity firms buying up specialty practices, and, as we have seen, most disastrously, networks of nursing homes. Another scheme to suck dollars out of care and into the pockets of investors.

These negative trends have been mirrored by decades of disinvestment in public health at every level, another fundamental shift in our value structure. Fueled by anti-government messaging, e.g., taxes are theft, government is evil, public agencies have been systematically weakened. Milwaukee and Wisconsin may be among the most extreme examples of these trends, going from being national leaders in many areas to their current sad state.

Given these realities, there is plenty of reason for pessimism. But it is a self-fulfilling prophesy. If you believe it is hopeless, it will be.  How do we know that we can build healthy communities? Because it’s been done. We’ve been there.