The Get Down Returns to Mad Planet

Plus, lots of live music, a lakeside event at MAM, a virtual Shrekfest and an art walk on Brady Street. 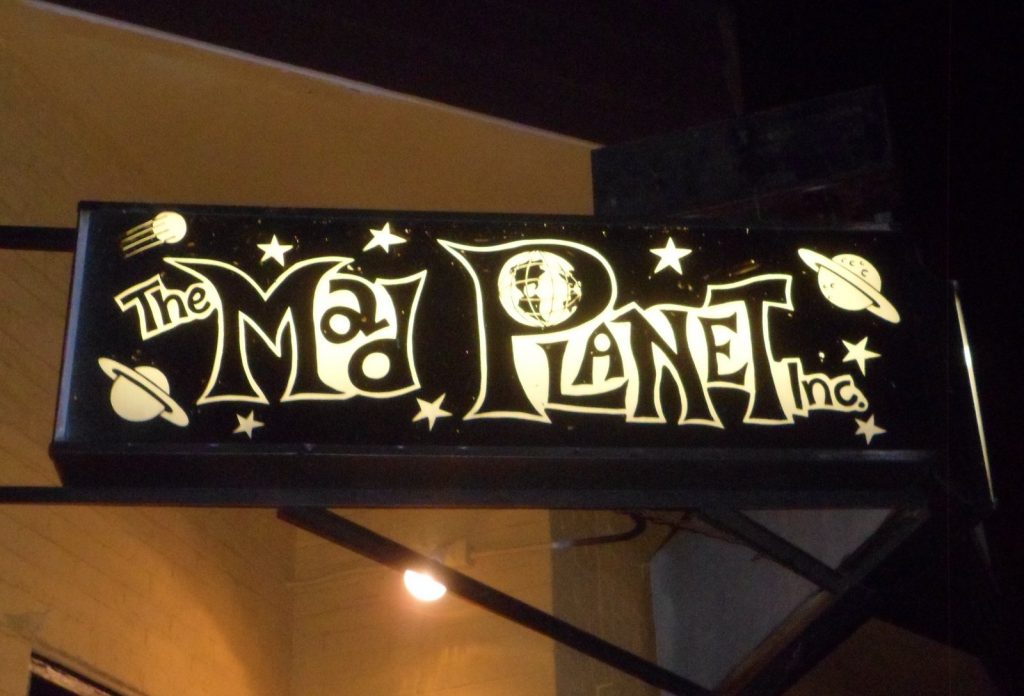 The Fourth of July heat wave is over (for now), so get out this weekend and experience Milwaukee’s summer events. This weekend, there’s a four-day-long lakeside event hosted by the Milwaukee Art Museum featuring live music and a variety of interactive arts and crafts. Milwaukee’s favorite funky dance party The Get Down is making its return to Mad Planet with its first party since the pandemic. Experience Brady Street in a whole new way at the Boogie Bang Art Walk where Milwaukee artists will be on site doing what they do best.

The Milwaukee Art Museum is hosting a weekend-long free event on its east lawn. The museum encourages families to bring lawn chairs or picnic blankets. Food and beverages will be served by a food cart and by the museum’s East End, with plenty of kid-friendly lunch options and adult beverages as well. The Kohl’s Art Studio tents will offer painting activities inspired by the paintings in “Americans in Spain” and the architecture of the museum. Each day will feature varied programming, from live music to dance classes. The Lakeside events will run parallel with the museum’s hours of operation, and will be open from 10 a.m. to 5 p.m. For more information on programming and scheduling, click here.

Singer-songwriter Valerie Lighthart released her EP PT:I The Goddess EP on June 18th, and is celebrating that release with a show at Cactus Club that will feature an opening set by Dora Diamond, a performance by Black Challenger and the first in-person performance by the singer-songwriter Amanda Huff’s new band You Win !!!. The show will also include an after-party burlesque show with performances from Melee the Queen, Vee Valentine, Lavish Jules and Stacey Lee. Tickets to the event are $10 in advance or $15 at the door and can be purchased here. The show will kickoff at 8 p.m.

Join the Urban Ecology Center for a song circle at Riverside Park led by Pink House’s Sarah and Claire Moore. Participants will gather around a fire and get in touch with the surrounding nature while singing along to easy-to-learn songs. The event will run from 8 p.m. to 9 p.m. Tickets cost between $9 and $14 and can be purchased here. Registration in advance is required.

The X-Ray Arcade is welcoming bands back to its indoor stage, starting with a show featuring Chicago’s nu-gaze trio Horsegirl and an opening set by Milwaukee’s Negative/Positive. Tickets to the all-ages show are $13 in advance or $15 at the door, and the show will begin at 8 p.m. with doors opening at 7 p.m.

July 10: The Get Down at Mad Planet

Milwaukee’s favorite soul-and-funk dance party returns, with a 2021 debut at Mad Planet. For 18 years, The Get Down has been throwing dance parties led by the soundtrack of original 45 records that range from the 60’s to the 80’s and includes soul, funk, disco, Latin and afro artists. The event is free and will begin at 9 p.m.

Wisconsin-based creative group 3GI has a thing for the green ogre played by Mike Meyers. It released “Shrek Retold” a film that compiled clips from over 200 visual artists to recreating the first film in its entirety. The group is also responsible for Shrekfest — the “world’s largest Shrek festival.” This year’s Shrekfest will take place virtually, and will feature a roaring contest, a costume contest and an onion-eating contest. The group will also screen their Shrek Retold film. The event will begin at 12 p.m. and can be livestreamed here.

The Backyard bar in Bay View is hosting a punk-rock themed rummage sale, where fans of punk rock and just rock-and-roll in general will have the opportunity to sift through local vendors’ collections of music and memorabilia. There will be plenty of records, shirts, patches, clothing, toys, books and musical equipment on sale. The sale will run from 4 p.m. to 8 p.m.

Join WMSE outside of Rochambo on Brady St. for an art walk and live broadcast. Curated by Jeff  and Dana Redmon of Scout Gallery, the event will feature Milwaukee artists practicing their craft live along Brady Street. Featured artists include Diego Heredia, Melanie Ariens, Scott Terry and many more. WMSE’s Boogie Bang Miltown Thang will host the live broadcast from 12 p.m. to 3 p.m.

The Milwaukee Maker’s Market is back again at Discovery World, featuring over 30 local businesses showing off and selling their hand-crafted goods. Admission is free and food trucks will be on site to provide snacks and refreshments. The event will run from 10 a.m. to 4 p.m.