Legislature Is the Most Diverse in History

Many first served as local officials, many ran small businesses, some started as Capitol staffers. 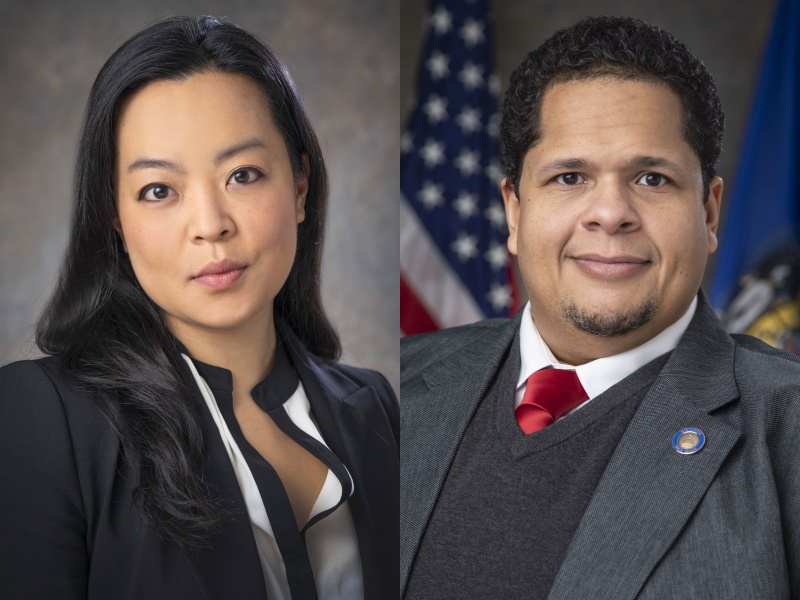 Class, our civics question for today: “Where do legislators come from?”

While Wisconsin residents recover from a holiday weekend and wait on Democratic Gov. Tony Evers to decide what he will do with the 2021-23 state budget Republicans crafted and passed last week, it’s time for a lighter subject.

In a report earlier this year, a Legislative Reference Bureau (LRB) analyst said this about the 132 legislators — 99 Assembly members and 33 senators — who took office in January:

“This session, there are 41 women and 10 Black members…These are the highest numbers both of women and of Black legislators ever to serve together.

“There are four Hispanic members of the Legislature, which matches the record set in the 2019 session for the most Hispanic legislators ever to serve together. In addition, the Legislature gained its first Asian American member this session.”

The 10 African-American legislators include a record three senators. One of them is Republican Sen. Julian Bradley, of Franklin, the first Black Republican to serve in that chamber.

Republicans control the Assembly by a 60-38 margin and the Senate, 21-12. A July 13 special election will fill an Assembly vacancy.

-Experience as a local government official: 48 of the 99 members of the Assembly had served as a city, county, town, village or school board official, and 12 of the 33 senators also had local government experience.

-Operating a small business: LRB reported that 35 Assembly members own small businesses; no number was given for the number of small-business owning senators, although the report suggests more than 10 have that on their resume.

About 50 of the legislators listed their occupations as “full-time legislators,” which pays almost $51,000 a year and daily expense stipends that depend on how far they live from Madison.

Other professions lawmakers self-reported were 11 attorneys and nine farmers, all but one of them in the Assembly.

Get a daily rundown of the top stories on Urban Milwaukee
Another common way to get elected to the Legislature is serving as a staffer, either for a federal or state lawmaker, or both. LRB reported that 14 of the 132 legislators had that experience.

Students, if you want to grow up to be a legislator, here’s how it could happen: First, enroll in UW-Madison, or a Madison-area college or university, and get an entry-level job in the Capitol. The Senate and Assembly hire part-time messengers, assigned to the sergeants-at-arms in each chamber, who run errands for legislators and staffers. Sometimes, having your local legislator recommend you for a part-time “GoFor” job can help.

Second, once you know your way around the Capitol and feel comfortable with the philosophies and goals of either party, watch for an entry-level job in a legislator’s office. Answering the phone or emails, and responding to contacts from your legislator’s neighbors back home isn’t glamorous; snubbing a constituent can get you fired. And, once you’ve worked for either a Democrat or a Republican, you will be stereotyped as a supporter of that party.

Third, work your way up the legislator’s office staff to where you can specialize on issues important to that lawmaker. Smart legislators won’t resent it if you know more than they do on an issue so long as you remember who you work for and when she or he is up for re-election and you make your boss look good. Also, the pay and benefits of a Capitol staff job are good.

Fourth, when your legislator retires or is defeated, or the legislator from your hometown retires, run for the job. Party leaders know you, and you know the Capitol codes, minefields and trap doors.

Officials who took that route to the Legislature: Four-term Republican Gov. Tommy Thompson went from Capitol messenger to the Assembly, and Democratic Sen. Jon Erpenbach and Republican Rep. Samantha Kerkman both ran when their bosses retired.

Call it the Capitol version of the game Chutes and Ladders.