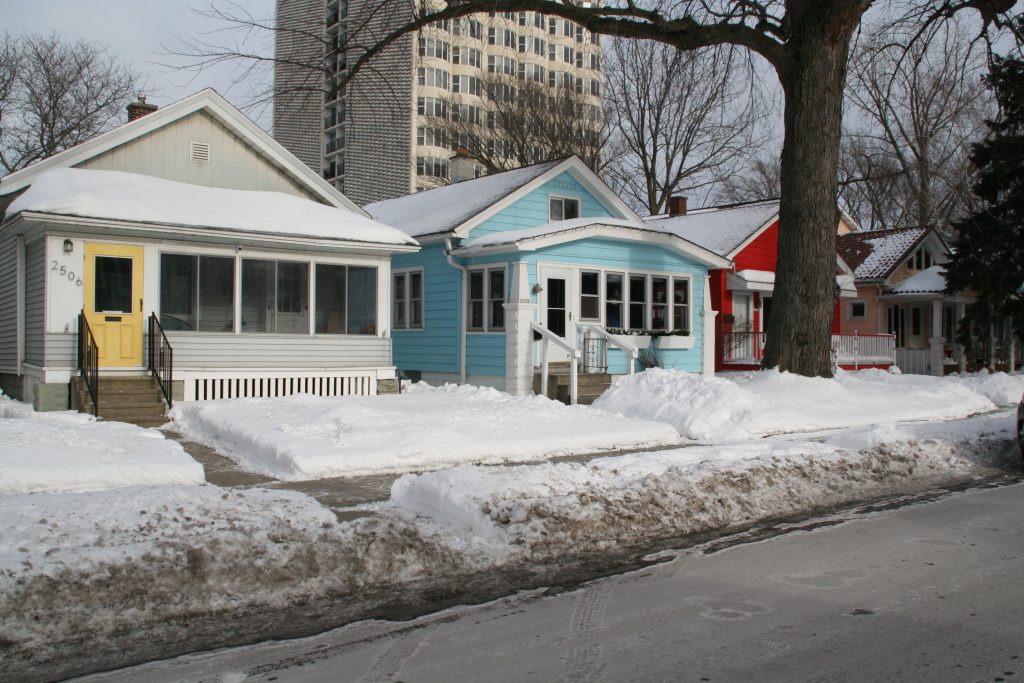 Historically protecting the structures at the local level would require property owners to obtain a city-issued certificate of appropriateness for any future exterior modifications. “Designation does not stop future changes to the properties,” said Historic Preservation Commission staffer Tim Askin. “We do not prevent change, we negotiate change.”

Askin noted that each of the houses has been modified, but that was contemplated as part of their original construction as approximately 1,000 square foot structures. Showing a photo of then-dilapidated houses in the Brewers Hill in 1988, in a neighborhood where many homes were ultimately preserved, he said: “this level of alteration should not prevent the creation of a historic district.”

Joseph Paterick, a resident of one of the cottages, filed an application to protect the Superior Street houses after one was sold in December. Paterick, who rents his house, said in February that he and another neighbor were concerned when roofers and other contractors said there was a plan to demolish the carriage barn and build another house on excess space included in the property that sold. He said he tried to buy the cottage himself, but couldn’t secure financing amidst the pandemic.

Get a daily rundown of the top stories on Urban Milwaukee
Dimitrijevic, on Tuesday, said she was concerned about how reactive the city’s historic preservation process was. In a December debate about saving the Forest Home Library, she had called for a more proactive process. She reiterated that Tuesday.

But Askin and Milwaukee Preservation Alliance executive director Jeremy Ebersole said the discussion was happening proactively. Askin said there was no formal redevelopment plan for any of the properties.

“It has been a longstanding policy that staff does not seek out designations,” said Askin of the nomination process.

The alderwoman, first elected in April 2020, has advanced an update to the comprehensive area plan for Bay View that is intended to guide land-use decisions and said she would like to see an analysis of historic structures as part of that effort.

She said an expanded conservation overlay was an option. The Bay View/South Shore Neighborhood Conservation Overlay District, established in 2005, covers five blocks of S. Shore Dr. to the east that overlook Lake Michigan. It limits the size and height of houses.

Askin said the Brewers Hill/Harambee overlay works in tandem with the neighborhood’s historic district, with the latter providing more restrictive control. He noted that, with commission approval, new structures or additions are approved “probably every year.”

“I am seeking to have that discussion,” said Dimitrijevic. “I do not know everything.”

The alderwoman said of the six property owners that responded to a certified letter, support for the district is split evenly. She said she wanted to wait to hear from the seventh property owner.

Jeffrey Reinbold, resident and owner of 2508 S. Superior St., was the lone property owner to speak Tuesday on the designation. He said he wanted to see a standard established that would allow him to expand his house for a growing family.

The new owners of the house that triggered the designation, brothers Ryan and Chris Konicek, are opposed to the designation. “I don’t think anyone walking past these homes would know they’re iron mill homes,” said their attorney Samantha Huddleston in March. “If that’s something important to protect for the integrity of Bay View, let’s put up a plaque.”

But the man that led the charge to put up a plaque a block to the north that commemorates the mill, John Ebersol, is endorsing the designation. He is a past president of the Bay View Historical Society and lives a block to the east on S. Shore Dr. in his own puddlers’ cottage that is not locally historically protected. Approximately two dozen other letters of support have been submitted to the council.

The council may need to make a decision fairly quickly. The temporary designation the properties are currently under expires 180 days after it was issued. Askin said they have about two months, but the council goes on recess in August.

The houses are listed on the National Register of Historic Places, which makes them eligible for historic preservation tax credits for historically-sensitive repairs but does not prohibit exterior changes. “Even in 1982 [the row] was referred to as the finest surviving example of this type of housing in Bay View,” said Askin of the federal nomination. A 21-page report prepared by Askin’s co-worker Carlen Hatala provides extensive detail on the cottages’ history. 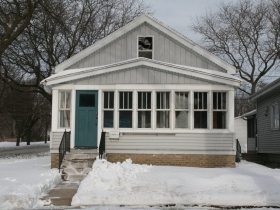 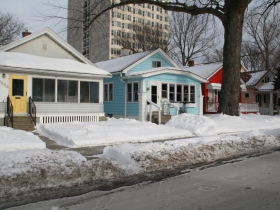 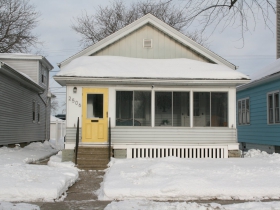 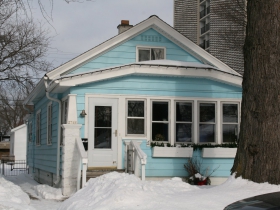 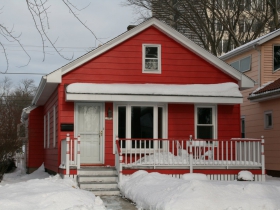 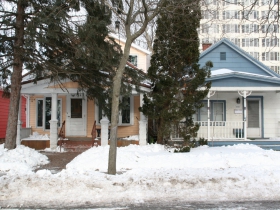