The Milwaukee-based distillery is offering new hires a tasting kit with some of its spirits. 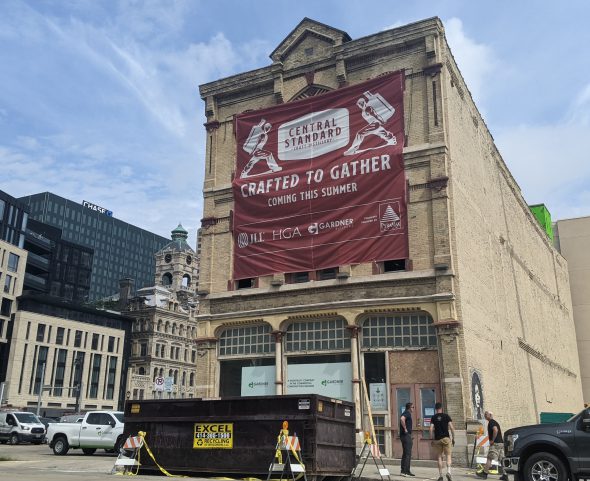 The Milwaukee-based distillery is offering a tasting kit that includes its Red Cabin Bourbon, Door County Cherry Vodka and North Wisconsin Brandy to any new hires. It’s also offering prospective employees the option of taking their bonus in the form of a gift card for dinner once the distillery opens.

“We hope this one-of-a-kind signing bonus inspires folks to take a look at us and our job openings,” said co-founder Pat McQuillan in a press release.

McQuillan and co-founder Evan Hughes are holding a job fair Monday, June 28th from 10 a.m. to noon and 2 p.m. to 4 p.m. outside of their upcoming location at 320 E. Clybourn St. They hope to fill a number of roles including tour guides, line cooks, servers, bartenders, sous chef and dishwashers.

In 2020, Central Standard announced plans to open a new downtown Milwaukee distillery in the vacant, 11,700-square-foot building on E. Clybourn Street. It will be the distillery’s second active location, joining its production facility 2330 W. Clybourn St. The distillery first opened on S. 2nd Street in Walker’s Point, but has since closed that location.

The new location will include a tasting room, tour operation, restaurant, roof-top patio and private-events space. It will also include loft-office space on the third floor for future tenants. The distillery hopes to open the new location in August.

Earlier this month we covered how a custom table, made from a tree cut down from the grounds of the Pabst Mansion, was being installed in the space.