Summerfest got $10 million in federal funding. The Pabst and thousands of other groups: nothing. 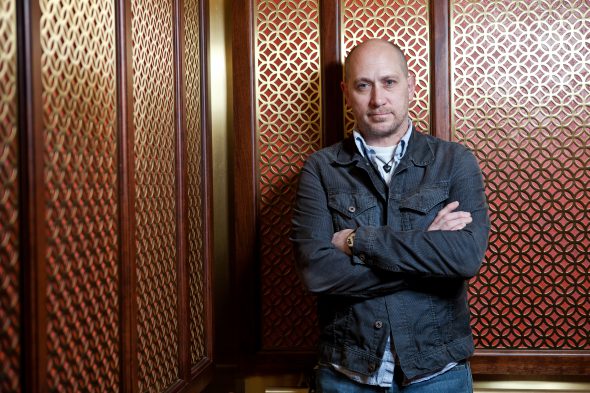 The irony is not lost on Gary Witt. The CEO of the Pabst Theater Group, who helped lobby Congress to create the $16 billion Shuttered Venue Operators Grant to reimburse entertainment venues across the nation, has yet to get a dollar of that dough. Nor have the vast majority of venues nationally and across the state, some of them small operations teetering on the edge of bankruptcy.

But Summerfest, the big kahuna of local concert promoters is among the few that got aid, a windfall of $10 million in federal pandemic aid, the maximum allowed by the program, and far more than any other organization in the state.

“With all due respect to Summerfest, we didn’t do all this work to help them,” Witt says. “I mean, Don Smiley could just about afford to pay for that himself.”

Smiley, the CEO of Summerfest, received $2.33 million in compensation for just one year, as Urban Milwaukee reported, and millions more over the 15 years he had headed up the festival.

And it was the group co-founded by Witt, the National Independent Venues Association (NIVA), that successfully lobbied Congress to create the special pandemic aid program, which passed last December. Since then the money has been delayed by a confluence of issues, leaving concert venues desperate for money. Witt told Rolling Stone magazine that due to the pandemic the Pabst Theater Group lost 97 percent of its annual revenue and he lost nearly all of his life savings.

“I feel confident that we will survive,” he tells Urban Milwaukee. “But will the Cactus Club or Club Garibaldi or Shank Hall?”

As of Monday, the SBA reported that 1,445 grants had been awarded for a total of $833.4 million, CNBC reported. All told, 7,118 applications remain in the submitted phase and 5,853 are in review. The combined requests yet to be processed represent $11.6 billion in grants

It was amid the desperation of the pandemic, back in April 2020, that Witt and a few others created NIVA, to help independent venues survive. The effort was a major success organizationally, and now has 3,400 members nationally and 140 in the state. Witt and his fellow founders also thought big, hiring Akin Gump, “the sledge hammer of lobbyists,” as Witt refers to the biggest such firm in the nation’s Capitol, to lobby Congress.

The combined power of all these concert venues, not to mention the big name entertainers they book, helped create a demonstration of newcomer NIVA’s clout. As the group pushed for the House and Senate to pass the bill which became known as the Shuttered Venue Operators Grant, “we got a million emails sent to Congress,” Witt notes. “We had north of 200 state legislators across the nation pushing the proposal.”

And support from all kinds of popular entertainers, including Neil Young, Dave Grohl, Carol Burnett, David Byrne and others sending emails, making calls and creating videos calling for funding. And a strong message, that every dollar spent at concert venues spins off $12 more in the community at area restaurants, bars and hotels. All of which worked: in December 2020, even as confusion reigned during the last month of the Trump presidency, the law was passed.

And then came an endless delay by the Small Business Administration, which is handling the program. It wasn’t until April 8th that the SBA first starting accepting applications and the online portal crashed and it took another two weeks before it began accepting applications again. The SBA then set a goal of “reviewing all ‘first priority’ applications – from businesses that reported losing 90% of their revenue or more over the past year – by June 9,” as Arizona PBS reported. But by that time the agency had approved less than 1% of the applications.

The devil, it seems, was in the details. Unlike the pandemic aid to restaurants, whose owners simply had to report their reduction in annual income, this program had painstakingly detailed requirements for applicants. “It was incredibly hard to apply for, “ Witt says.

“An SBA spokesperson said… the program has been hindered from the outset by regulations that required applicants to include ‘anywhere from 30 to 100 documents in their applications to ensure they met the statute’s guidelines.’ All that data needs to be reviewed by staff who she said are ‘working around the clock’ to process applications,” the PBS story reported.

Gov. Tony Evers, Witt noted, was very responsive to the problem and the state provided grants to members of NIVA. (And Evers has just announced a second round of grants.) But the big money is the federal pot of gold, and it’s getting squeezed out in trickles. Witt fears there will be more venues going broke and getting bought out by the big predator of concert venues, Live Nation, which grows ever bigger by absorbing the small fishes.

Live Nation’s stock has been soaring, Witt notes, because investors are certain they are the one concert promoter certain to survive. “We’re in a very competitive business,” he grimly notes. For the Pabst and all other independent entertainment venues, that pandemic grant can’t come too soon.