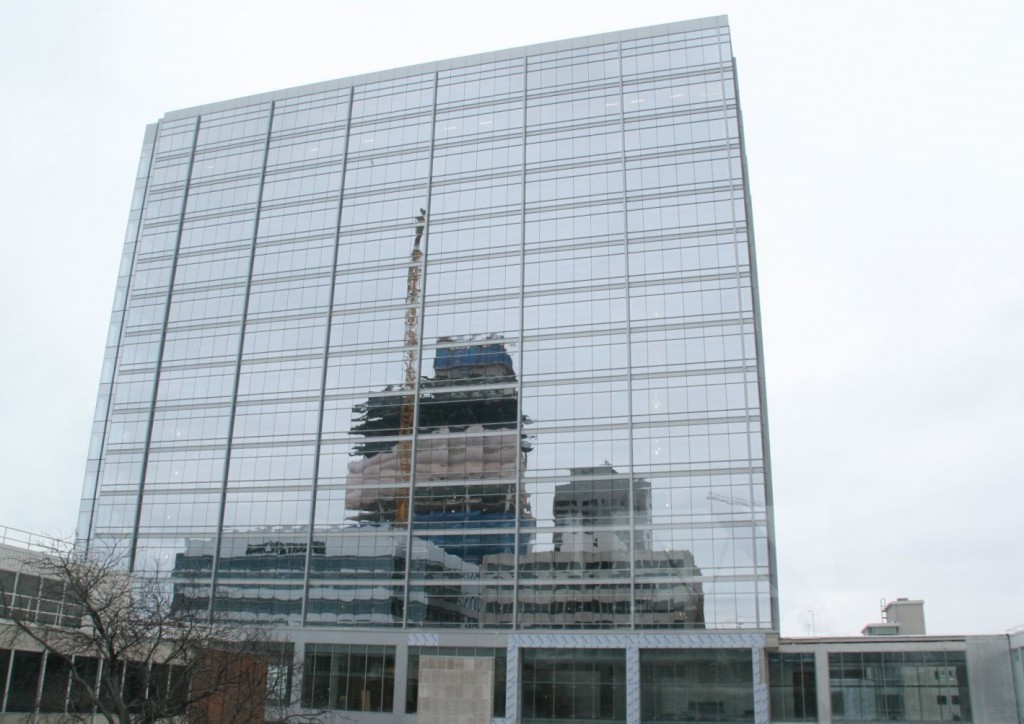 Downtown Milwaukee is drawing another company to the city.

“We researched several cities before choosing to expand to Milwaukee,” said Church Mutual president and CEO Rich Poirier in a statement. “Ultimately, we made a deliberate choice to reinforce our Wisconsin roots and commitment to the state that’s been our home for more than a century.”

The company expects to boost recruiting efforts with a Downtown office near a pool of college students and new graduates. “It also offers a major-market, urban location that may appeal to candidates who don’t wish to relocate to a smaller city in Wisconsin or move out of state,” the company said.

“In addition to enhanced recruiting opportunities, strongly establishing ourselves in Milwaukee will provide options for innovation partnerships with premier educational institutions,” said Poirier. “It also offers options for philanthropic partnerships and events that will support our diversity and inclusion goals.”

The 18-story 833 East building, located at 833 E. Michigan St. near the US Bank Center and Lake Michigan, was completed in 2016 by Irgens Partners. Law firm Godfrey & Kahn is the building’s anchor tenant. The building’s 358,000 square feet of commercial space is more than 90% leased.

Church Mutual was founded in 1897 in Merrill, WI. In addition to its headquarters in the state’s north-central region, it also maintains offices in Madison, Mechanicsburg, PA and Denver, CO.

Get a daily rundown of the top stories on Urban Milwaukee
It has 1,130 employees nationwide, including 765 in Merrill, according to its website. The Milwaukee office, under its planned configuration, could eventually house 50 employees.

Its website boasts of insuring more religious institutions than any other company.

The Milwaukee office is expected to open in late 2021. Ben Anderson of Colliers International represented the firm in brokering the lease.

Unlike Milwaukee insurance firm Northwestern Mutual, Church Mutual is a stock insurer. The company is owned by shareholders, not policyholders. But it has a single shareholder, the Church Mutual Holding Company, which has a mutual organization structure. Policyholders get to vote on holding company actions, including those of other subsidiaries.