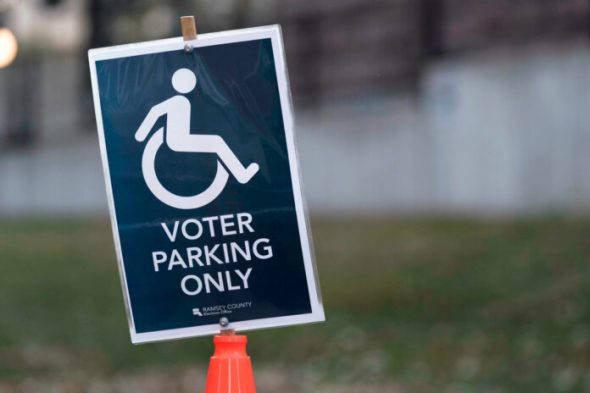 Milwaukee’s largest business group distributed a declaration and a set of bullet points Tuesday embracing a broad voting rights agenda, but stopped short of either endorsing or opposing recent bills that have drawn sharp criticism from voting rights activists.

The Metropolitan Milwaukee Association of Commerce (MMAC) began distributing the declaration Tuesday afternoon to people who inquired about its response after a separate joint letter from more than 60 business owners who oppose a series of bills that would place new restrictions on voting, particularly absentee voting.

Critics of the legislation, authored by Republican members of the Legislature who repeatedly assert the public does not trust the results of the election, have said the measures are likely to deter many eligible people, particularly people with disabilities, from voting.

The bills passed the state Senate on June 9 on party-line votes. Some of the bills are scheduled for an Assembly committee vote Wednesday after a vote originally scheduled for Tuesday was canceled.

MMAC’s communications director, Chris Jenkins, sent the association’s list of principles after an inquiry from the Wisconsin Examiner about whether the association would sign on to the business letter opposing the current group of voting-related bills.

“Not really a statement that was issued,” Jenkins said of the list. “It’s a set of principles we hold. Some people have asked us about our views, so we are sharing them.”

Asked whether the group of bills currently making their way through the Legislature fulfilled the MMAC’s principles or fell short of them, Jenkins replied in an email: “We do not have a statement on each of the individual pieces of legislation.”

One thought on “MMAC Tightrope Walks on Voting Rights”