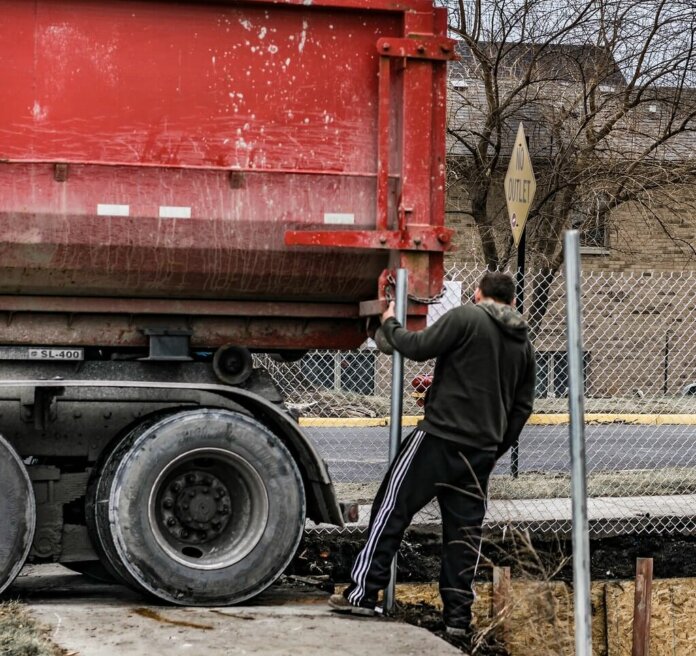 WASHINGTON — U.S. House Democrats’ highway funding bill is poised to include roughly three out of five transportation projects submitted by members, as legislators vie for their share of federal dollars through the resurrected congressional earmarks process.

The 1,473 projects that made the cut were out of 2,383 that Democratic and Republican legislators requested for inclusion in a federal infrastructure bill, at a time when infrastructure is the subject of prolonged, high-profile negotiations between the White House and Republicans in Congress.The earmarks list — detailed in an amendment to five-year, $547 billion surface transportation reauthorization bill that the House Transportation and Infrastructure Committee will take up on Wednesday — has a price tag of $5.7 billion. That’s about 40% of the nearly $14.9 billion that was requested for member-designated projects.

If the bill is passed, districts represented by Democrats would receive the largest share of those dollars. Nearly $4 billion is designated for projects requested by Democrats, and $1.7 billion is for Republican-backed projects.

Republicans requested money for far fewer projects than Democrats did, and some Republicans didn’t request any earmarked funding at all.

Montana’s sole House member, Republican Rep. Matt Rosendale, did not request any project spending, so the state would not receive any dollars from that portion of the bill.

Among Republicans, roughly 400 of the 600 projects they sought were included. Of the 1,778 projects that Democrats sought, the proposal includes 1,067.

Some lawmakers saw each of their proposals included in the measure. The 11 Nevada requests for roadway repairs, bridge projects, and zero-emission buses all made the cut.

Others were granted part of what they submitted.

Rep. Garret Graves — the Louisiana Republican who had the most expensive request with his submission for a new bridge for Baton Rouge — was successful in getting $8 million for pre-engineering design work and $1.6 million for an environmental evaluation included in the bill.

However, the $946 million that Graves sought for actually building that bridge was not included.

The return of earmarks

Congressional Democrats brought back the earmarks process this year, after Republicans banished it in 2011 following intense public criticism of corruption and a lack of fairness.

If the pending highway bill were to become law, it would be the first since 2005 to include earmarks, according to the Eno Center for Transportation.

New guidelines intended to make earmarks more fair and more visible require lawmakers to post documentation for each project on their websites, with a letter attesting that they have no financial stake in the project.

The text of the pending amendment doesn’t specify which lawmaker requested money for an individual project. But members can be identified by sorting through the list of project requests on the House Transportation panel’s website.

Across States Newsroom’s 22 states, lawmakers took varying approaches to the number of projects they submitted and the cost of those projects.

Some turned in targeted lists totaling close to the $20 million that House lawmakers were advised could flow back to each district if a new surface transportation bill is signed into law. Others asked for dozens of projects at costs that far exceeded that figure.

Wisconsin, Tennessee and Missouri, where lawmakers generally submitted project lists with a cost close to that figure, had among the highest percentages of their requests included.

In Wisconsin, U.S. Rep. Mark Pocan (D-Black Earth) asked for more than $19 million for various projects including $2 million for replacing the County Highway M/Century Ave. Bridge over Pheasant Branch in Middleton. The proposal includes adding a bike tunnel and other improvements. Pocan also requested $2 million to resurface and repair County Highway CV near the Dane Co. Regional Airport and $6.75 million to reconstruct Atwood Avenue in Madison between Fair Oaks Avenue and Cottage Grove Road.Most of those projects made it into the final House bill.

U.S. Rep. Gwen Moore (D-Milwaukee) also asked for more than $19 million for projects in her district. Projects include $4.2 million for Vliet Street resurfacing between North 12th Street and North 27th Street in Milwaukee, $4 million to replace aging buses with newer, more energy-efficient buses, $2.5 million for video surveillance and other safety measures for the Milwaukee County Transit System, and $4.5 million to reconstruct Silver Spring Drive in Glendale.

The bill text includes an alphabetical list of projects by state, with Wisconsin’s 15 projects totaling more than $36.5 million listed.

On the other end of the spectrum, Maryland’s eight House members sought funding for nearly 100 projects, at an average cost of more than $100 million per district. Just 20 of those Maryland projects were included in the bill.

“It certainly was not an easy nor quick task for our committee to vet thousands of submissions,” Rep. Peter DeFazio, (D-Ore.), chairman of the House Transportation and Infrastructure Committee, said in a statement. “But it was absolutely worth it to give elected representatives the chance to directly advocate on behalf of their districts in our surface transportation bill.”

Haggling over a price tag

As the House-drafted highway bill heads to the next step in the legislative process, there’s no guarantee that any of the projects ultimately will get funded and built.

President Joe Biden and congressional Republicans have been negotiating for weeks over the price tag of a bill to pay for building and repairing scores of aging and failing highways, bridges and transit systems.

On Tuesday evening, the White House issued a statement from press secretary Jen Psaki saying that Biden had told Sen. Shelley Moore Capito (R-W.Va.) that the latest offer from Republicans did not meet the nation’s needs.

Psaki said Biden also spoke Tuesday with Democratic Sens. Kyrsten Sinema of Arizona and Joe Manchin III of West Virginia, as well as Republican Sen. Bill Cassidy of Louisiana, who are part of a bipartisan group of negotiators.

“He urged them to continue their work with other Democrats and Republicans to develop a bipartisan proposal that he hopes will be more responsive to the country’s pressing infrastructure needs,” the statement said. Biden will be in contact with the group by phone while in Europe this week.

It’s unclear if they’ll be able to reach a consensus, and if not, if Democrats will be able to push through a major transportation bill without GOP support.

House Speaker Nancy Pelosi, (D-Calif.), has said she wants an infrastructure measure to come to the floor before July Fourth. Senate Majority Leader Chuck Schumer, (D-N.Y.), has said his chamber will also take up transportation legislation next month.

Earmarks list for states in U.S. House infrastructure bill tops $5.7B was originally published by the Wisconsin Examiner.