City and county moving toward reform but arrests and convictions still happening. 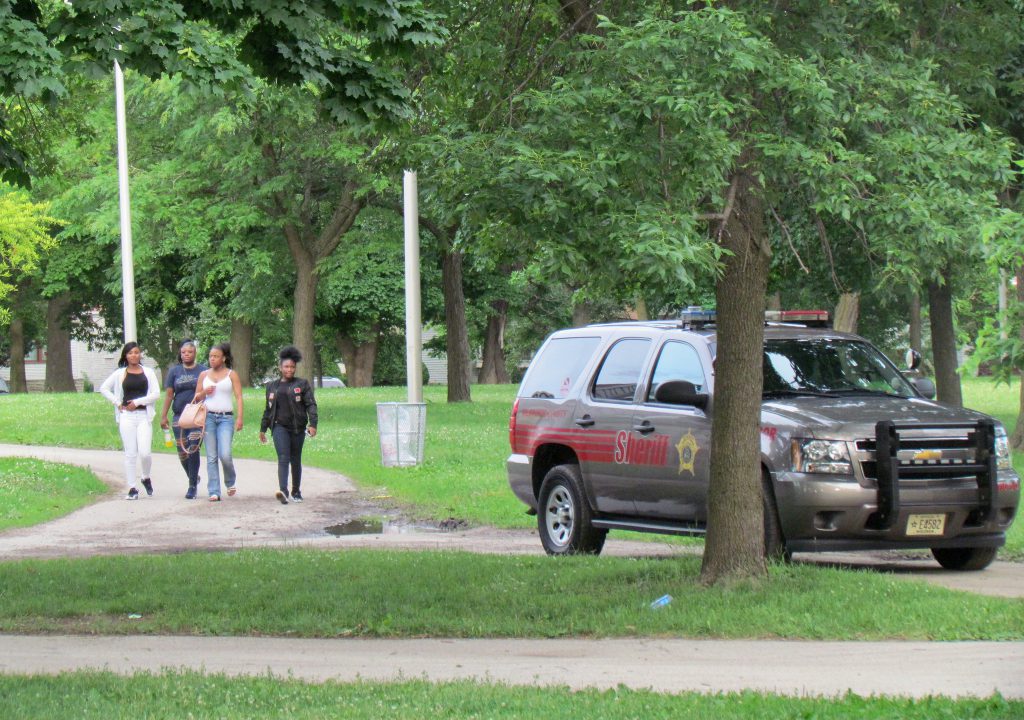 The new county ordinance reducing fines to $1 only applies to violations enforced by the Sheriff’s Office on county land or property. File photo by NNS.

In late March, the Milwaukee County Board of Supervisors reduced the fine for marijuana and drug paraphernalia possession of 25 grams or less to $1. Leaders have also pushed for similar legislation in the City of Milwaukee.

Last month, Legalize MKE, a new grassroots community group, organized a virtual educational event hosted by the Wisconsin Cannabis Activist Network. In attendance were several elected officials, representatives of the City of Milwaukee and the Sheriff’s Office, among others. The lead organizer and moderator of the event was Andrea Rodriguez, an educator and community organizer.

Here are some takeaways from the event:

1. Is marijuana possession legal in Milwaukee?

No. Under Wisconsin law, it is illegal to possess, sell or manufacture marijuana. Some municipalities, including Milwaukee, have enacted local changes related to marijuana law enforcement. This spring, two Common Council members introduced legislation aimed at removing fines for possessing up to an ounce of marijuana, but no changes in municipal laws have resulted yet. In Milwaukee, a first possession offense of 25 grams or less results in a fine of up to $50 plus court costs. Second and subsequent offenses result in a similar fine but can be prosecuted by the District Attorney’s Office and result in state charges. A second state conviction for marijuana possession is a felony in Wisconsin.

2. Will marijuana be decriminalized in the City of Milwaukee?

Maybe. According to Ald. Chantia Lewis, new legislation to reduce the fine for marijuana possession of up to 25 grams to $1 or to remove the fines and court costs altogether will be brought to committee in June. The legislation would mirror that of the county’s but take it a step further, she said. Marijuana use would still be prohibited in certain areas, such as near schools and while driving, she added.

3. I live in Milwaukee County. Does that mean I would only get a $1 fine for possession of marijuana or possession and delivery of drug paraphernalia?

Yes. “When there are laws that are promulgated, we enforce them,” said City Attorney Tearman Spencer. He said that he was pleased that there had been a movement to reduce disparities in enforcement in the city. According to a report released in March by the District Attorney’s Office, both marijuana arrests and convictions in Milwaukee County have decreased significantly since 2010. In Milwaukee County, arrests for marijuana possession dropped from 4,785 in 2010 to 1,927 in 2019. Marijuana possession convictions in Milwaukee County also decreased from 1,285 in 2010 to 96 in 2019.

Yes. “Ours is an agency entrusted with the responsibility of enforcement,” said Theodore Chisholm, chief of staff in the Milwaukee County Sheriff’s Office. But, he added, his agency commits its patrol operations to addressing acts of violence and not going after individuals for low-level offenses.

6. Will recreational marijuana be legalized in Wisconsin?

No, not anytime soon, according to Sen. Lena Taylor. Although Gov. Tony Evers put legalization into the current budget proposal, it was removed. The Republican-controlled legislature is not in favor of legalization. During an online event forum hosted by WisPolitics.com in April, Senate Majority Leader Devin LeMahieu, R-Oostburg, said it was unlikely that lawmakers would vote in favor of legalizing recreational marijuana.

7. How about medical marijuana?

8. What are some of the reasons groups are working to reform marijuana laws?

Although marijuana use is similar across all groups, according to multiple research studies, racial disparities continue to exist in enforcement. African Americans are 3.2 times more likely than whites to be arrested for marijuana possession in Milwaukee County. The conviction rate for marijuana possession was also higher for African Americans than for whites in the county. Those arrests contribute to racial disparities in incarceration. In addition, enforcing marijuana laws is expensive. According to the American Civil Liberties Union report, “The War on Marijuana in Black and White,” billions of taxpayer dollars nationally are spent on marijuana arrests. In addition, many states that have legalized marijuana for recreational and medical use have collected millions in revenue from sales.

9. Why are some groups against legalization or decriminalization of marijuana?

Although a series of Wisconsin referendums in 2018 showed strong support for legalization of marijuana in many areas of the state, including Milwaukee County, some still stand in opposition. The main opponent in Wisconsin is the Republican-controlled Legislature, which has broadly opposed efforts to alter the state’s marijuana laws. Some arguments include a lack of support among their constituents, the role of marijuana as a gateway drug and the possibility of increased marijuana use and exposure among youth. Some Republicans, however, have expressed support for the legalization of medical marijuana and/or decriminalization.

One thought on “9 Takeaways on Local Marijuana Laws”