Private contractor billed Mount Pleasant for $973,750 and has just gotten a raise.

By Corri Hess, Wisconsin Public Radio - May 28th, 2021 02:37 pm
Get a daily rundown of the top stories on Urban Milwaukee 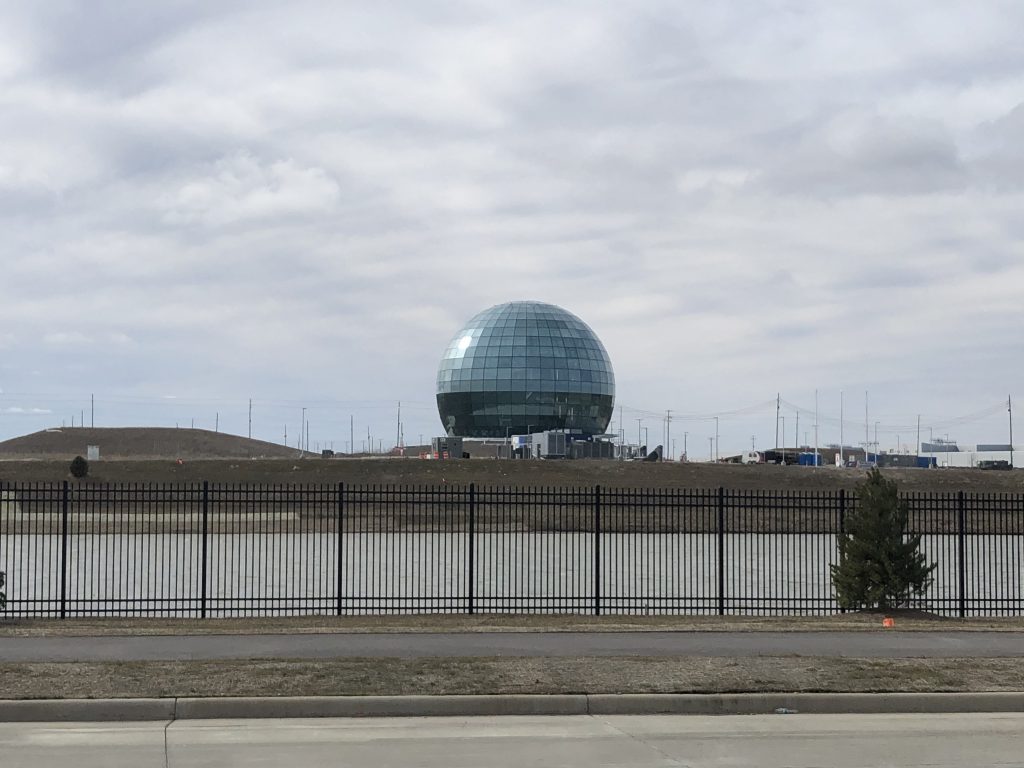 The project director hired to oversee the failed Foxconn development in Racine County has been paid nearly $1 million in taxpayer money since he was hired in 2017 — and he was recently given a raise, according to documents obtained by WPR.

Since it was announced with much fanfare, Foxconn has repeatedly fallen short on job and building promises. One of the complaints that Racine County residents and some politicians have had with the company is they are unclear what type of work is being done in Mount Pleasant. Still, Village officials praise the work Lois has done in his role as project consultant.

“Through his work, the Village has acquired and developed thousands of acres, overseen hundreds of millions of dollars in private investment in TID#5 (tax increment district) and continues to help secure and attract new business to the TID, including a $48 million investment in the North Area announced last week,” the statement said.

Lois did not respond to requests for comment from WPR.

Last month, the Mount Pleasant Village Board extended Lois’ contract by two years. He’ll be paid $175 per hour beginning Aug. 31. His salary will increase to $200 per hour on Aug. 21, 2022, according to the contract.

Lois was also hired as the Village of Saukville’s economic development consultant in January 2020.

Lois’s salary is paid using money from the special taxing district created to pay for the local portion of the Foxconn project.

When the Village of Mount Pleasant and Racine County created the $911 million tax-increment finance district, officials said the money would pay for land acquisition, infrastructure upgrades and other expenses. Local governments expect money generated by Foxconn’s projects will cover the costs. But right now, local taxpayers have already spent over $1 billion for the project.

Rachel Weber, a professor and director of graduate studies in the Department of Urban Planning and Policy at the University of Illinois at Chicago, said it’s not uncommon to hire consultants with tax increment financing (TIF) funds so they can do the eligibility studies and help municipalities write the redevelopment plans.

“At the same time, TIF is not supposed to be used to pay for the general operating expenses and administrative costs, including personnel, of the municipality managing the district,” Weber said. “It does seem like there’s a fair amount of discretion in moving TIF funds to different accounts within municipalities — a bit of a shell game.”

Murphy said Lois gives monthly updates to the village and public about the Foxconn project.

There wasn’t a formal update in April, but in March, Lois updated the board on Foxconn’s “High Performance Computer Data Center,” according to an attachment sent to WPR by Murphy. That update was a nine-page PowerPoint on the center, commonly known as the globe-shaped building on the property.

Greg LeRoy, executive director of Good Jobs First, which tracks corporate subsidies and incentives offered by state and local governments, said any big redevelopment project, like Foxconn, would have “soft-costs,” including consultants.

“I know this project did include some land parceling and some demolition, but that’s all done, the district is assembled,” LeRoy said. “To me, the question is, how qualified are they to figure out plan B?”

LeRoy pointed to Foxconn’s repeated changes since it was first announced.

The state and Foxconn renegotiated its nearly $3 billion contract after it became clear the goals set in the original deal would not be met.

“Foxconn is obviously going to be a much smaller space than originally designed, it’s far too large a footprint for what Foxconn is going to do so the question is, how qualified or not is anyone there on the job,” LeRoy said. “There may be 10 qualified people. I don’t know the answer.”

First Burlington, And Then Mount Pleasant

Lois served as the mayor of Burlington, in Racine County, for four terms before deciding not to seek re-election in 2008. Instead, he was appointed to a job as Division Administrator for the Wisconsin Department of Revenue managing the state’s shared revenue program during former Gov. Scott Walker’s administration.

Lois began working for Kapur in 2017 and was named project manager for Foxconn without the village conducting a national search.

Weber, who wrote an academic paper on the subject, said unfortunately, it’s not uncommon for these positions to be appointed because the field is small and highly localized.

“It’s the same handful of regional consultants that work both sides (developer and municipality) of the deal,” Weber said.

Mount Pleasant activist Kelly Gallaher said because Lois works for a Foxconn contractor and has an office at Mount Pleasant’s village hall, it is a “gross conflict of interest.”

“He has no motivation to come to the Village and say, ‘Hey, things aren’t happening the way they should, maybe we want to put on the brakes,'” Gallaher said. “Instead he’s been gaslighting us for four years while he cashes his checks every month, and moonlighting for Saukville on the side. It’s beyond shady.”

The Mount Pleasant and Foxconn relationship is not the first Lois has overseen. In 2007, Lois was responsible for developing the relationship between homeowners and developers of Fyre Lake, a golf course and housing project in Sherrard, Illinois, that included a $16 million TIF district.

The project was a bust. One of the developers later pleaded guilty to defrauding 22 investors out of $1.7 million between 2010 and 2016.