By Caroline White, Milwaukee Neighborhood News Service - May 20th, 2021 02:19 pm
Get a daily rundown of the top stories on Urban Milwaukee 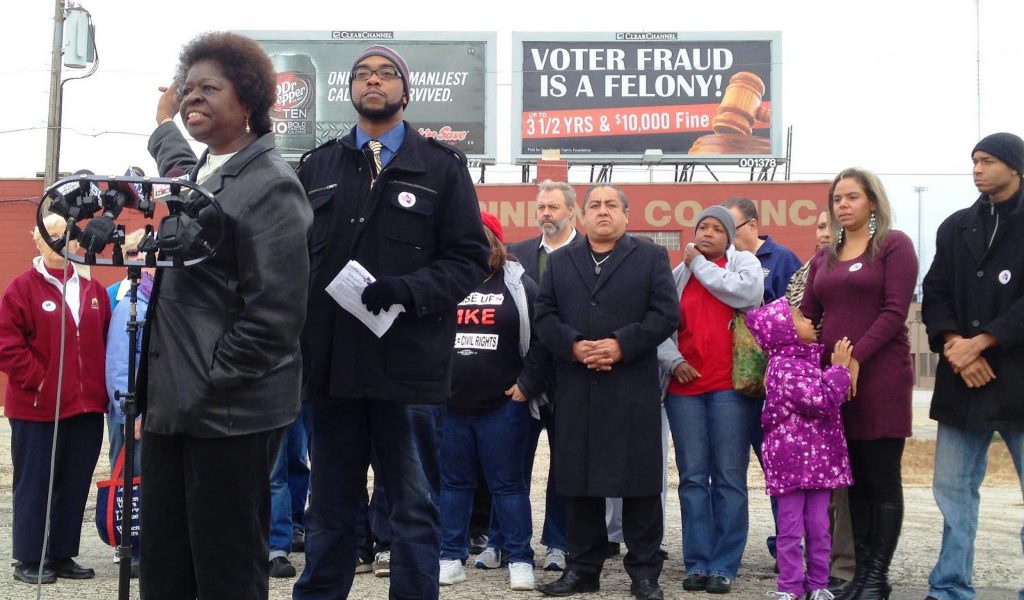 Members of the African American Roundtable believe there is untapped leadership potential in communities all over Milwaukee.

And they want to unlock it.

The roundtable, which comprises dozens of groups and individuals, has played instrumental roles in local causes, including voter education, calls to increase the minimum wage and the push for justice for victims of police brutality. Along the way, roundtable members have made an intentional effort to include and educate Milwaukee residents on the causes that affect them.

“If no one is giving you the skills, how will you know?” said Markasa Tucker, executive director.

Currently, the roundtable’s efforts are focused on ensuring the community has a say in how  the money the City of Milwaukee is receiving through the American Rescue Plan Act is spent. The plan, a COVID-recovery economic stimulus package, was signed by President Joe Biden in March.

Milwaukee received the first of two $200 million dollar payments on May 10, and the roundtable is demanding that no money be spent until city leaders formulate a plan to include community voices. The group’s complete list of demands, including that no money go to the police, can be read on its community sign-on letter. 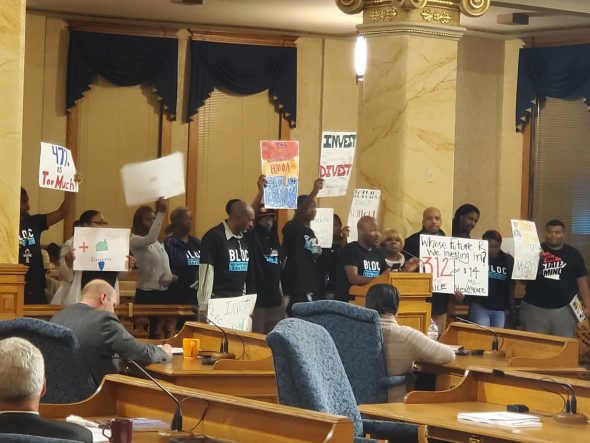 The African American Roundtable, Black Leaders Organizing Communities and other community partners urge city leaders to divest from the police department at a 2019 budget hearing. Photo provided by Markasa Tucker/NNS.

In January, the African American Roundtable, also known as AART, moved its home base from Wisconsin Voices to the Hmong American Women’s Association, or HAWA. As a fiscal project of HAWA, it has been able to hire new staff members and launch a paid community leadership fellowship program. At the end of March, which is Women’s History Month, the group unveiled its all-Black, woman-led board.

Tammie Xiong, the executive director of the Hmong American Women’s Association, said the collaboration between HAWA and AART is natural and mutually beneficial. Both groups are working to uplift women, LGBTQ people and people of color through their community organizing efforts.

“The work being led by AART is also liberating our communities and giving us an opportunity to reimagine a community that we can all thrive in,” Xiong said in an email.

The long-term goal for the roundtable is to become an independent nonprofit and perhaps one day have its own building. These plans come after nine years of working on campaigns under other nonprofits.

The African American Roundtable began under Citizen Action in 2012 with the leadership of Mike Wilder, the first executive director. It was funded by grant money given to help engage and educate Wisconsin Black voters in the gubernatorial recall election of that year. Specifically, the group worked to dispel misinformation about voter identification laws.

Anita Johnson, now a board member of the roundtable, has been a member of AART since the beginning. She said these early organizing efforts showed her and other members how influential educating the public could be.

The roundtable operated under different organizations as Wilder changed jobs. In 2013, when AART was a part of Wisconsin Jobs Now, the group became involved with the Fight for 15, a movement to raise the minimum wage to $15 per hour.

The Fight for 15 transformed into a more localized campaign to increase the hourly pay of those employed by the City of Milwaukee. In July 2014, the city announced the wage of workers would increase from $9.51 to $10.80 per hour.

Wilder described that as a “huge morale booster” that showed him and other roundtable members that their work could influence real change.

“When we saw that we could make an impact at a local level, that was just amazing,” Wilder said.

The roundtable then became a part of Wisconsin Voices at the beginning of 2014. Months later, Dontre Hamilton, a 31-year-old Milwaukeean, was shot and killed by a police officer at Red Arrow Park. 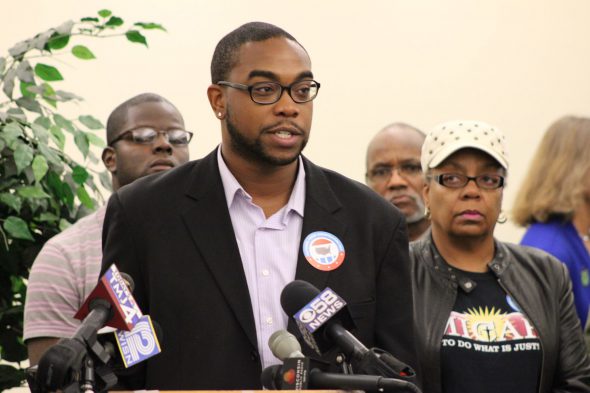 Following his death, AART members and other community organizers worked to support the Hamilton family and push for accountability and reform within the Milwaukee Police Department through the Coalition for Justice.

Wilder described that time as a turning point for the group. Hamilton’s death garnered national attention. The roundtable worked to rally the community to demand answers from the city.

“I’ve seen some big movements, but I haven’t seen anything like that,” Wilder said. “The whole city came together.”

In 2016, the United States Department of Justice spent 10 months auditing the Milwaukee Police Department and Milwaukee Fire and Police Commission. A draft report was leaked and then made public, but a final report was never produced.

In response to the incomplete audit, the roundtable worked closely with the Collaborative Community Committee, formed by the Common Council, to continue the push for police reform. In 2017, the groups held nearly 50 public meetings to discuss policing and public safety with community members.

Tucker, who joined the roundtable in 2014 and the Collaborative Community Committee in 2017, described that period as exhausting but life-changing for her.

“I wanted to be a part of something tangible to change the things I was seeing,” Tucker said.

During this time, Tucker and other community organizers began to turn their attention toward the city budget—specifically, how much money was being dedicated to the Milwaukee Police Department.

Tucker said she knew the community would pay attention if they knew how much money the police department was funded compared with affordable quality housing, youth programming, violence prevention and other causes. The problem was that barely any residents attended the city budget hearing. Tucker recalled that in 2018, only five residents turned out.

“I vowed at that point that that would not be the case next year,” Tucker said.

On Juneteenth Day 2019, the roundtable and over 25 other community partners announced LiberateMKE—a campaign that demanded a $25 million divestment from the Milwaukee Police Department.

LiberateMKE organizers spent the rest of the summer surveying over 1,000 Milwaukeeans about policy recommendations and opinions on what funds should be reallocated in the city budget. The groups also held sessions to prepare residents to speak at public hearings and train them on how to lobby their alderperson.

Over 350 people attended the city budget hearing in 2019. Police funding in the 2020 budget was decreased by $900,000, and the staff was reduced by 60 officers. An additional $72,000 was allocated to summer youth internship programs, $300,000 went to create an emergency housing program and $240,000 was allocated to Health Department programming.

LiberateMKE relaunched in 2020 and the campaign demanded a $75 million divestment in the 2021 budget. In the final adopted 2021 budget, the police budget was reduced by almost $2.2 million and 120 officer positions were cut.

Tucker said that although these reductions were not as much as the campaign organizers had hoped for, she sees the value in incremental change and knows that new community leaders will step up to continue this fight and others.

“We know community wins because we have people power,” Tucker said.

The roundtable hosts monthly meetings for Black community members every second Tuesday of the month starting at 6 p.m. on Zoom. Register here.