Those Crazy Days At County Stadium

New book remembers a beloved home for the Brewers, Packers and rock’n’roll. 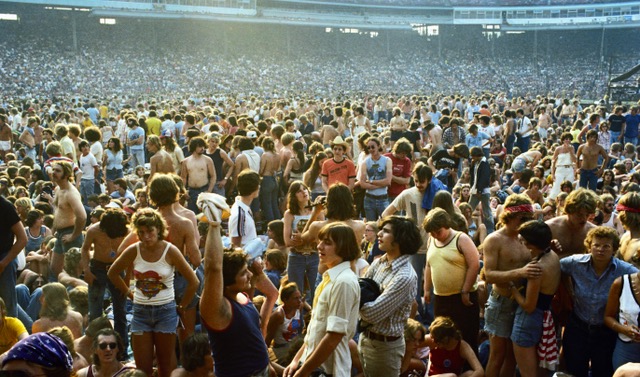 A newly released book about Milwaukee County Stadium, which opened in 1953 and was torn down in 2001, includes 250 memories from fans, members of the media and former players. It’s not just about baseball, it’s about the concerts, football games and WWE events. Here are memories from Jan Harbold and Dennis Kobs.

I worked for Midwest Services, so we did the ushering (or usherette-ing!) and security and crowd control and such, not just for baseball games, but for concerts and Packer games, and the occasional odd jobs like responding to post-All Star Game program requests as well. When I first started working at County Stadium, there couldn’t have been more than 10 of us girls working security, and over 300 guys. The girls told me that the older guys would be really nice to me, but that the younger guys wouldn’t give me the time of day. It was true that the older guys took me under their wing, showed me pictures of their grandkids, taught me all the little, “Do you know what that is for?” around County Stadium, and taught me so much more about baseball than I ever knew before.

The first years working there, my job was as an usherette in the lower grandstand and lower box seats. My responsibilities were to help people to their seats, check everyone’s tickets, keep the aisles clear, watch for fights and people trying to sneak into seats, and if a foul ball flew into my section, go to wherever it hit, ask if everyone was okay, and offer to take anyone hurt to first aid. Oh, and did I mention? My uniform was high white fashion boots, a short blue skirt, a white top—and if it wasn’t too hot, a blue cape! My friend and co-worker Sue would start about every workday saying, “Ready boots? Staaaarrt walking!” Daddy’s friend saw me working there once and told him that I seemed to love watching the people as much as I did the game. And it was true. It WAS my job, and I did scan and try to memorize those who were supposed to be there and try to watch for fights before they get out of control, but I did love it

My first Packer game was a Packers / Bears preseason game. I was recuperating from an eye injury and had just gotten the patch off. My doctor told me the only way I could work that game was to wear sunglasses, even though it was going to be a night game. I thought, fine—I really wanted to work the game. Back then the grandstand extended on the third base side, but they hadn’t built the upper deck over it yet. I was assigned to the lower deck section out there on the end. I put up with all the are-you-a movie-star and can-I-have-your-autograph quips as I showed people to their seats—and then the rain started. Rain stops baseball, but not football. Without an upper deck over me, there was nowhere to stand out of the rain. They issued us raincoats, but they were all men’s sizes, and the coats had nothing on the front indicating “Midwest Services.” So there I was, wearing sunglasses at night, in the rain, looking like a drowned rat, with any evidence that I worked there covered up by an oversized raincoat—the guys had these “train conductor” type hats that make it obvious, but not the girls—and I was going up to people looking like that and asking if I could help them!! The puzzled onceovers and “who are YOU?”s and “how are you going to help me?”s from people were priceless, and totally understandable.

At another concert, people kept coming up to me showing me a seat number written on slips of paper and asking where that seat was.  The seat was near a narrowed aisle across from the entry ramp well. Every time, the people would be standing and talking in the aisle, blocking other people from seeing the concert or using the aisle. So every time, I would go up and tell them they had to move on. The person they were visiting got angrier and angrier, and finally threatened to throw me over the railing into the well. Now I was not as naïve as he thought, and I replied, “Listen, you can sell whatever you are selling in the bathrooms, you can sell them in the concourse, but you CANNOT have your customers standing in my aisle.” Talk about a quick change once he knew that I knew what was going on. He wanted me to sit on his lap (no, you are right, I declined), and every time his people came, he went out with them and kept my aisle clear. Now what I didn’t tell him is that I also knew from other concerts (when my job was to patrol the bathrooms, looking for vandals and OD’s, and to report behavior to the police who were easy to find walking the concourse during concerts.)

I was one of the lucky fans to see Pink Floyd during their “Animals” tour at County Stadium. I was on a first-date with a girl. I wanted to do something that involved more than just going to Bradford Beach or a movie. I also learned thereafter the “field pass” was critical to all future County Stadium concerts and events. We had seats along the 3rd base side but on the aisle and only three or four rows up from the field. Before the concert, lots of people were whooshing past us as the aisle, which was a gateway to the field. It was a great concert–until we were all temporarily blinded when the pig exploded!! 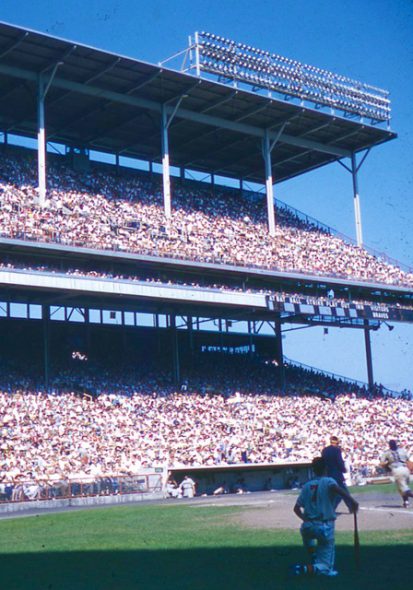 My best memory, was the Brewers vs Angels in the ACLS Championship, Game 5. We had seats along the first base side way up under the upper deck. We spent most of the pre-game tailgating and may have had two beers too many. When we got near the gate a Milwaukee policeman on horseback was handing out MPD Brewer cards to kids….we were 21!! We convinced him to give us drunk bastards some cards. He ended up giving each of us a whole pack of 1982 Brewer MPD cards! Once inside, we had a few more beers and somewhere in the seventh inning we were in our seats when the Brewers took the lead. In the eighth inning, the Brewers still led 4-3 and we had migrated to the aisle heading toward the field. We weren’t going to miss the celebration, should it happen. By the ninth inning we were inching closer to the field, positioned about 20 people back. We figured the lone security guard wouldn’t stop all the people in front of us and surely not us!  After the last out we rushed the field. By the time I made it to the pitcher’s mound, all the players had cleared the field and it was crazy with fans running all around.  I grabbed a hunk of grass near the mound and stuffed it in my pocket. When I was standing up I noticed one of my friends was being grabbed by security and the police. So I quickly got the attention of another friend to go see what the heck he had done.

Apparently, the friend had tackled Bonnie Brewer and had taken her broom and was running around near second base!! My other friend and myself managed to negotiate with the authorities that if we left right away and exited the field, he didn’t have to arrest us. We left in a hurry and headed home. I still have the cards and the grass!! My friend had to give the broom back as part of his release!! I did go to game one of the World Series that year, but it was a 10-0 blowout and we all thought for sure the Brewers would be World Series Champs!! We all know that didn’t happen.

On Story Parkway: Remembering County Stadium, was published this year and can be purchased here.

Author Jim Cryns has worked as a freelance writer in Wisconsin for more than 28 years, including stories for Urban Milwaukee. He worked at WTMJ and WISN radio as a reporter and anchor.