Judge Wants More Review of Back Forty Mine

Another setback for controversial proposed mine along Wisconsin-Michigan border.

By Danielle Kaeding, Wisconsin Public Radio - May 1st, 2021 11:55 am
Get a daily rundown of the top stories on Urban Milwaukee 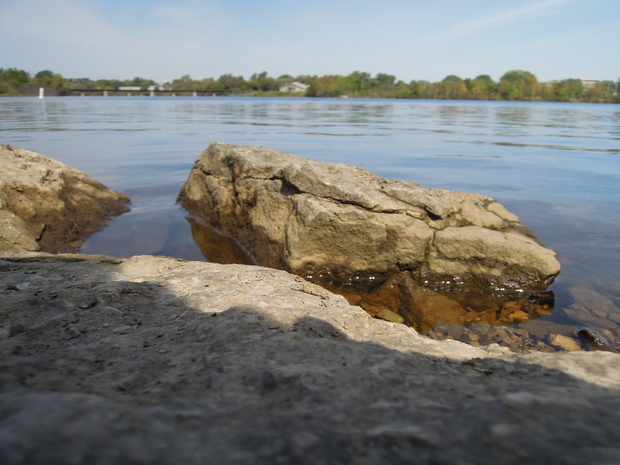 Another permit has been called into question for Aquila Resources’ plans to build the Back Forty mine near the Menominee River on the Michigan-Wisconsin border. A Michigan judge recently ruled the company’s mining permit should be sent back for further review of the mine’s potential impacts on groundwater.

The permit is one of several the company needs to begin work on the project. The ruling marks another victory for the Menominee Indian Tribe in its efforts to stop the mine and a setback for the Toronto-based company. Aquila wants to mine primarily gold and zinc from a 750-foot deep open pit that’s around 150 feet from the Menominee River.

The Menominee tribe considers the river the birthplace of the Menominee people. The tribe maintains the mine threatens the river and its historic and cultural resources, including burial mounds.

“We are encouraged by the news that the mining permit must now be reconsidered,” said Menominee Tribal Chairman Gunnar Peters in a statement. “And we will not stop fighting until these waters, lands and sacred sites are protected for good.”

The ruling is linked to a January decision by administrative law judge Daniel Pulter. He denied a wetlands permit issued in 2018 by the Michigan Department of Environmental Quality — now the state Department of Environment, Great Lakes, and Energy. The judge found Aquila’s groundwater model is not reliable enough to identify the mine’s impacts on wetlands. Staff with the department’s Water Resources Division had previously expressed significant concerns with information submitted by the company on groundwater and wetlands modeling.

Following the decision, the tribe asked the court to send a mining permit that regulators issued in 2016 back to the administrative law judge for further review. Gussie Lord, an Earthjustice attorney representing the tribe, said Pulter issued an order in 2019 that upheld a decision by Michigan environmental regulators to grant a mining permit for the project.

“We appealed the mining permit to the circuit court and said, ‘Look, this is the same information that the judge relied on to deny the wetlands permit. You need to look at that and make sure that’s right,'” said Lord.

“So, the (administrative law judge) is getting another chance to look at that evidence that he found convincing enough to deny the wetlands permit,” said Lord.

Pulter will now weigh his January decision on the wetlands permit along with previous testimony and evidence submitted on the company’s groundwater model as he revisits the mining permit.

Representatives of the Michigan Department of Environment, Great Lakes, and Energy and Aquila declined to comment on permitting for the project and related legal challenges.

Aquila expects the Back Forty mine would create 350 construction jobs and around 240 permanent jobs if the mine is built. The project is anticipated to provide $140 million to the state of Michigan and local communities over the life of the mine.

Michigan Judge Sends Mining Permit For Back Forty Project Back For Review was originally published by Wisconsin Public Radio.