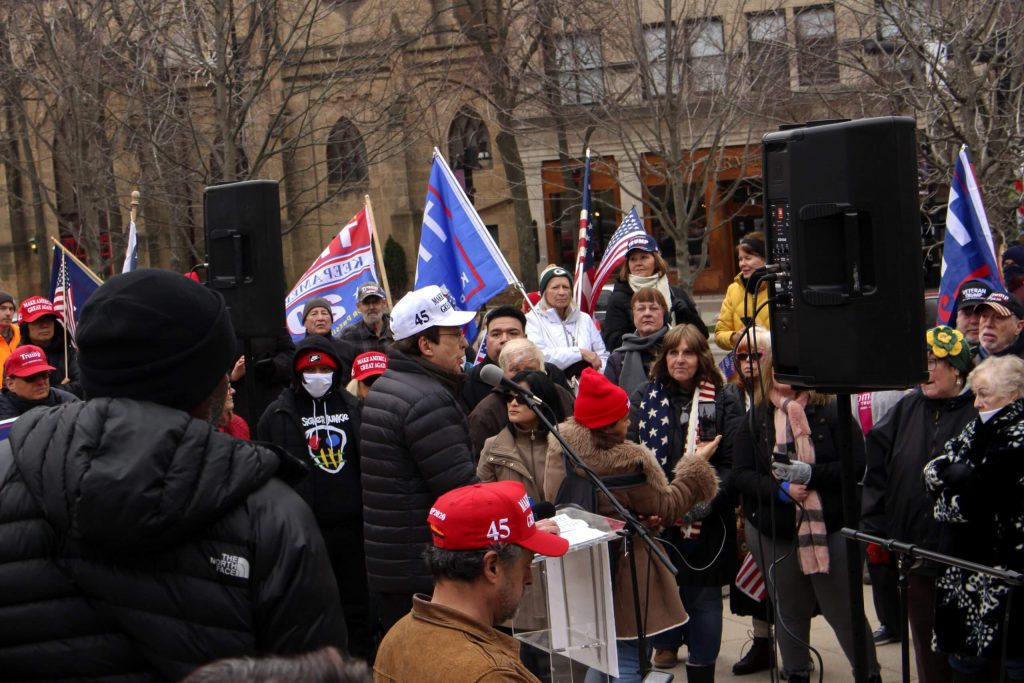 Robert Spindell, the Republican member of the Wisconsin Elections Commission who most seriously flirted with false accusations of election fraud last year, has been reappointed to the body by Wisconsin Senate Majority Leader Devin LeMahieu (R-Oostburg).

Spindell was first appointed to the commission in 2019 by then-Senate Majority Leader Scott Fitzgerald. He’ll now serve a full five year term, set to expire in 2026.

In the months before and after the 2020 presidential election, Spindell frequently attempted to put his finger on the scale in favor of his party and indulged some of the figures spreading conspiracy theories and lies about the election.

Emails obtained by the Wisconsin Examiner last fall showed that after the Green Party was denied access to the presidential ballot because of a technicality, Spindell offered party officials help finding a “good lawyer.”

In December, after Joe Biden won the presidential election, Spindell appeared at a “stop the steal” rally at the State Capitol with Mike Lindell, the MyPillow CEO now facing several defamation lawsuits for spreading false conspiracy theories about the election.

Spindell’s speech at the rally did not dive into the most outlandish theories of fraud, though he stood by as other speakers made wild claims of a stolen election and threatened political violence. That Madison rally, hosted by a group that played an essential role in planning the Jan. 6 rally in Washington D.C., was one of the first embers of what would lead to a violent insurrection.

Spindell was also one of ten Republicans who acted as an alternate slate of presidential electors and attempted to cast Wisconsin’s ten electoral college votes for Donald Trump. Progressive legal advocacy group Law Forward has alleged that Spindell and the others broke the law when they did this — filing a complaint with the WEC and the Milwaukee County District Attorney’s Office. As a WEC member, Spindell had a vote in the decision over whether or not he broke the law.

By reappointing Spindell, LeMahieu asserted he was choosing someone who would fight for election integrity.

“Over the last several elections, we’ve seen the impact WEC can have on our process. Bob Spindell has been a force for good during his time on the Commission speaking out on critical issues and advocating for the rule of law,” LeMahieu said in a statement.

“Bob is a fighter. That is exactly what Wisconsin needs on this bipartisan commission, especially when election integrity is at stake. I’m excited to re-appoint Bob because I know he will do the hard work, follow the law, and continue fighting to make it easy to vote and hard to cheat in Wisconsin.”

One thought on “Spindell Gets Second Term on Elections Commission”