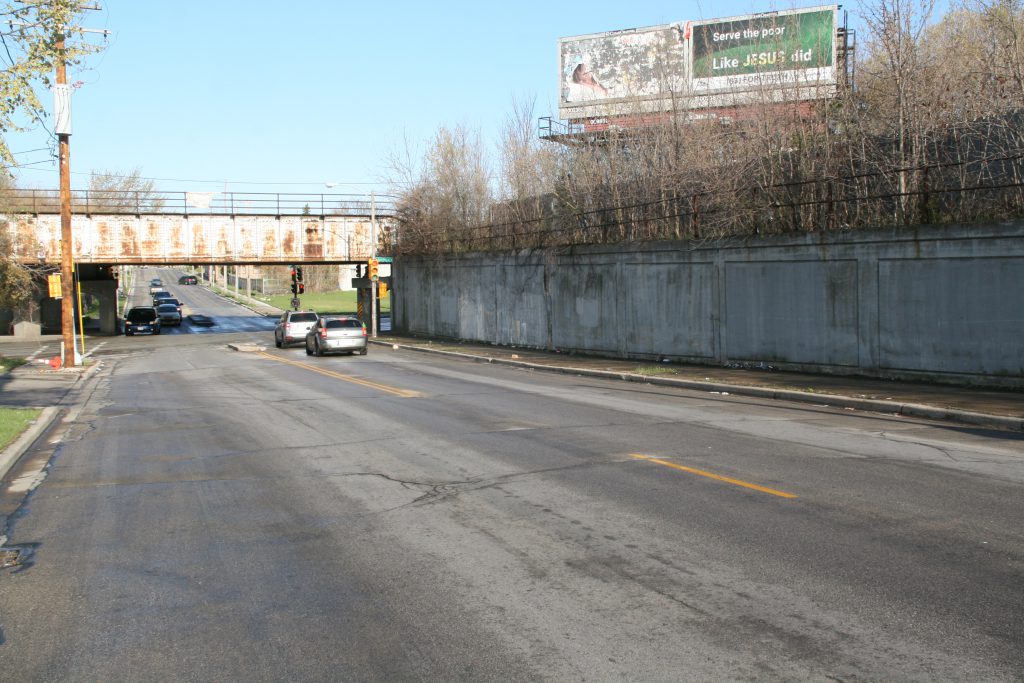 A new mural will brighten one of Milwaukee’s darkest intersections.

With limited light and reduced visibility because of the bridge abutments, the busy, intersecting streets have restrictions on left-hand and U-turns.

“Alderman Russell W. Stamper, II, Alderman Khalif Rainey and myself have been working for a long time to improve the railroad passes in the 30th Street corridor,” said Redevelopment Authority of the City of Milwaukee project manager Benjamin Timm to the Public Works Committee on Wednesday. “Working with the railroads has been a real challenge.”

But while the city sorts out issues with the privately-owned railroad overpass, it’s found a partial workaround.

“I got to admit that this may be one of my proudest moments as an alderman,” said Rainey. “I grew up about four blocks away at 23rd and Locust and it has been an eyesore the entire time.”

Richardson showed the committee a mockup of the linear piece, which features a heavy emphasis on elephants and children.

Get a daily rundown of the top stories on Urban Milwaukee
“Elephants are very collective, they’re herd animals and they take care of their family,” said the artist. “They are gentle and caring, very expressive and interactive. They represent prosperity in many cultures.”

“That’s what I want for our community — prosperity and a caring community,” she said.

Children will be depicted hugging the elephants’ trunks or interacting with them.

One portion will show a boy planting a sunflower seed, with other sections showing the child and flower growing to protect the community.

“It shows harmony between all the kingdoms of nature,” said Richardson. “I was inspired by all the energy so far, the effort of several people trying to beautify the area for so long.”

Rainey said he’s been seeking something at the intersection for about four years.

“Good things come to those that are patient,” said Stamper.

“I was just showing my daughter as it was scrolling by the screen and she went crazy,” said Rainey, speaking from home during a virtual meeting.

The city will pay Richardson $14,292 from the Neighborhood Investment Beautification Program fund for the piece.

A lease agreement with Klein anticipates that the mural would last at least 12 years. Painted in Novacolor acrylic paint, the mural will be covered in three layers of varnish to extend its life.

The committee unanimously approved the agreement. It will next go before the full Common Council.

“We are hoping to do more improvements,” said Timm. He expects that work to get easier. Canadian Pacific formerly owned the corridor, but leased it to Watco-subsidiary Wisconsin and Southern Railroad. The latter now owns the corridor outright.

Richardson’s art meanwhile can be found sprinkled across the city.

Her work adorns Black Cat Alley, the Brighten the Passage project connecting East Town and the Historic Third Ward on N. Broadway, the Garfield Apartments and the back of El Rey Foods along the 1300 block of W. Forest Home Ave.

A piece entitled “Sherman Park Rising,” painted in partnership with more than 150 area residents, adorns the side of a building at 4715 W. Center St. Stamper, who lives nearby, singled it out for praise.

She was also commissioned by the Biden-Harris campaign to paint a 10-foot-by-10 foot mural of Joe Biden, Kamala Harris and the late John Lewis that was installed at 5310 N. 35th St.

Richardson is a past recipient of the Milwaukee Arts Board’s Artist of the Year award. 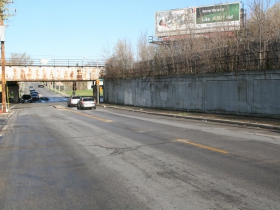 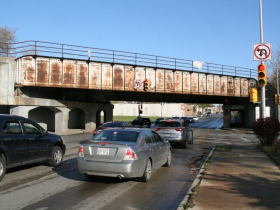 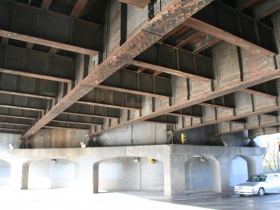 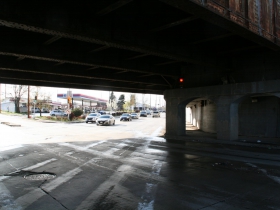 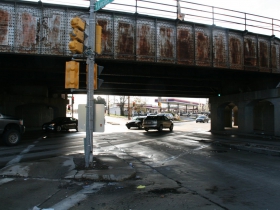 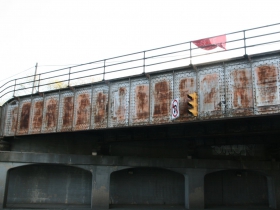 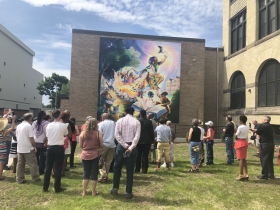 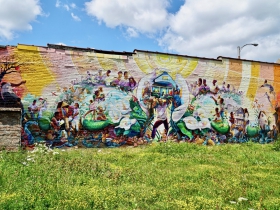 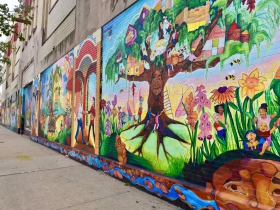 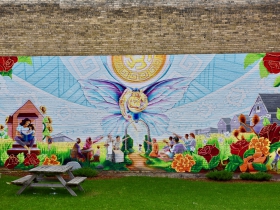 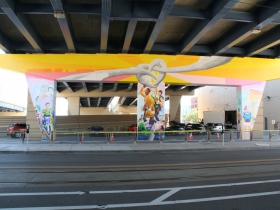