'Greetings from Milwaukee' and 'you are beautiful.' Get your selfie stick ready. 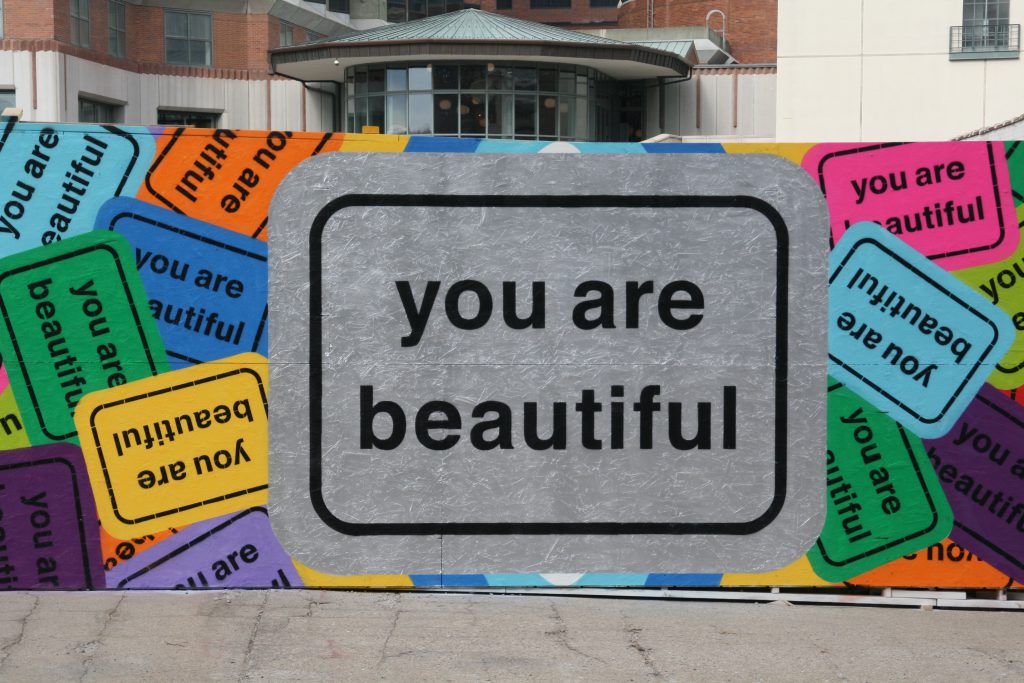 “You Are Beautiful” by Matthew Hoffman. Photo by Jeramey Jannene.

It’s the mural season, with a proliferation of painted public art.

Two new murals joined the city’s landscape in the past week.

Artist Fred Kaems has put the final touches on his latest piece, “Greetings From MKE.” It’s painted on the western facade of Pattee Group‘s two-story building at 211-219 W. Florida St. in Walker’s Point. The 15-foot-by-40-foot mural resembles a giant postcard with a mix of blue and yellow paint.

Luci Boutique, which has moved multiple times in the past decade, will open in the building on May 1st. Honey Wraith Tattoo is on the western side of the building. The two businesses are replacing a home goods store run by artist Reginald Baylor.

A second new mural was completed this week in Westown. Chicago-based artist Matthew Hoffman painted a piece entitled “You Are Beautiful” on the plywood wall shielding the vacant lot at 834 N. Plankinton Ave.

Commissioned by Milwaukee Downtown and New Land Enterprises, the piece is part of a larger project by Hoffman started in 2002. He has distributed more than three million stickers with the phrase and completed several large-scale public art pieces.

The Milwaukee piece features the phrase over and over. It was painted over the weekend and, when Urban Milwaukee went to photograph it, was already drawing passersby to pose for photos in front of it.

Get a daily rundown of the top stories on Urban Milwaukee
“We were drawn to the project for its positivity,” said Milwaukee Downtown environment specialist Gabriel Yeager in a statement. The organization has commissioned a growing list of public art projects in recent years.

“This is a necessary statement right now, and one that evokes such a strong emotional connection that you may find yourself going out of your way to pass the mural,” said New Land development and strategy director Richard Hawkins. New Land previously backed the creation of Black Cat Alley behind one of its properties on the city’s East Side.

New Land acquired the downtown property in 2016 and deconstructed the failing structure on the site. It plans to eventually build a mass-timber office building on the riverfront lot.

The two pieces are far from the only murals in the works. Milwaukee Downtown recently announced that Greg Gossel will paint what will be downtown’s biggest mural on the side of a building at Schlitz Park. 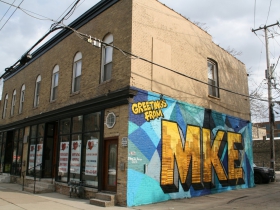 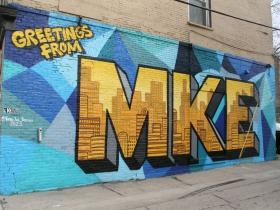 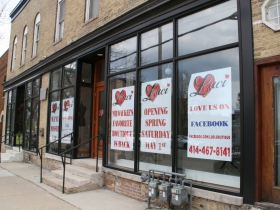 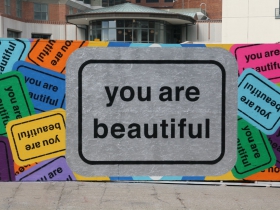 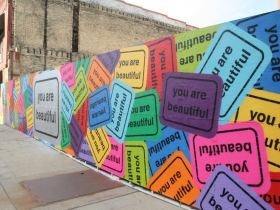 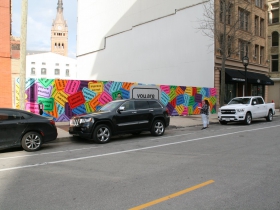