Milwaukee Day video offers a reflection on the past year, and hope for the next. 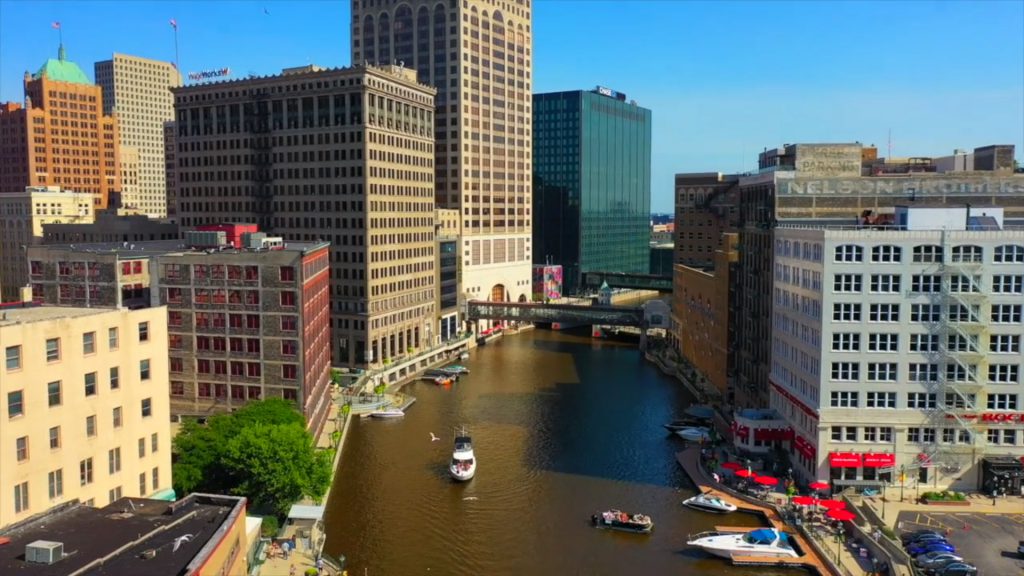 “Anticipation awakens the skin,” says poet Dasha Kelly Hamilton in the opening of a new video from Imagine MKE and Milwaukee Downtown.

The video, “414 (New) Day,” is a reflection on the city’s past year and a call to a better tomorrow. Kelly Hamilton wrote the text and provides the voiceover to videographer Samer Ghani‘s footage of the city and its people.

The video showcases a series of socially distanced gatherings from the past year, while mixing in footage of people showing off their bandaid from receiving a COVID-19 vaccine shot.

“We are 414. Our new day is coming,” says Kelly Hamilton, who makes a brief appearance herself at the 1:06 mark in the video.

It’s a reprieve from last year’s Milwaukee Day video release of an empty city in a tear-jerking video produced by Allies & Co.

Milwaukee Day, celebrated on April 14th (4/14) in honor of the city’s area code, became a day-long celebration of in-person events and civic pride before the pandemic put that on hold.

“We will emerge from under this shroud,” says Kelly Hamilton in her new poem. “Each of us carrying forward a small corner. A thread of a life stretched less tightly across muscles and frame. Where we’re going isn’t where we’ve been.”

Get a daily rundown of the top stories on Urban Milwaukee
As part of the video, Imagine MKE is collecting stories about how people will move Milwaukee forward as part of its 414Ward campaign.

A number of businesses, including Urban Milwaukee, are offering deals and discounts for Milwaukee Day as well.

For your #414Day consideration: Hibernationpic.twitter.com/hevIT1avN6