By Rob Mentzer, Wisconsin Public Radio - Apr 12th, 2021 03:29 pm
Get a daily rundown of the top stories on Urban Milwaukee

When Annie Knudson‘s unemployment benefits came in months after she’d lost her job due to the COVID-19 pandemic, she used the money to pay off medical bills and other debt for her family.

Then, in late March, Knudson received a letter from the state Department of Workforce Development threatening to issue a warrant unless Knudson paid back more than $10,000 of what the state called “overpaid benefits.”

The Appleton mom is one of nearly 80,000 Wisconsinites the state says received overpayments for their unemployment benefits, amounting to tens of millions of dollars in state funding. Because of a combination of state backlogs and the increased benefits paid out as a result of federal coronavirus aid laws, some Wisconsin families are now being told they’ll have to repay eye-popping sums. 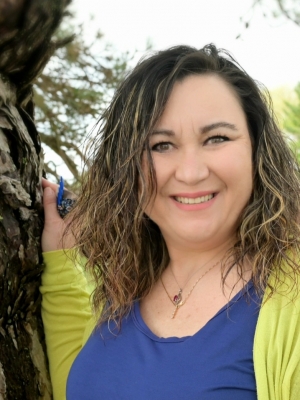 “Honestly, I’m just scared,” Knudson said. “I know I didn’t do anything wrong. (But) I don’t know how I’m supposed to come up with this money, if I have to pay it back.”

Knudson is appealing the judgment, but that process could take more than a year to play out, in part because of the massive number of Wisconsinites who received benefits last year. In the meantime, she and her husband Mike say they feel betrayed by her former employer and left in limbo by a frustrating and confusing state bureaucracy.

On the surface, Knudson’s unemployment claim seems straightforward. Before the pandemic, she worked part-time driving a van for a Fox Valley martial arts school, bringing children, including her own young son, from their elementary schools to the martial arts classes. When the school shut down classes in March 2020, they no longer needed a driver. In July, the school reopened some services; they asked her to return to a different job at the school and she declined. Her unemployment claim runs from the week of March 4 until then, the week of July 25.

It wasn’t until February that she learned that her employer had contested the claim. A letter from the state informed her that “the claimant quit her most recent employer when she declined to continue to work remotely when her employer was closed due to COVID-19.”

Knudson denies that she could have worked remotely during that period. Her job was to physically drive children from place to place. And she feels stung that her former employer is contesting the claim.

State Finds Overpayments Decreased As Percentage Of All Payments, But Backlogged System Has Consequences

Overpayment notices are a regular part of the unemployment system, and the amounts claimants are asked to repay are not always so dramatic. It’s not uncommon for the state to find that a claimant has miscalculated their wages, requiring a much smaller amount of money paid out in benefits to be returned. Those sorts of errors accounted for $570,578 last year, according to a state report, averaging about $1,400 for the state’s 400 such cases.

And after months of a system beset by backlogs and errors last year, the normal process for adjudicating overpayments was also set back. That could be part of the reason Knudson’s overpayment notice came months after the benefits were paid, and it’s certainly the reason the appeals process will take so long.

Professionals who work on the issue say families across the state are affected.

“There are a number of cases where people are sent these overpayment notices, and they may not be right,” said William Harris, an attorney with Wisconsin Judicare, a nonprofit law firm in Wausau.

Harris, who is not connected to Knudson’s case, said he has many clients in a similar position. He said state overpayment notices often add on interest, late fees and other charges that serve to run up the amount beyond the benefit received.

“And so (what is owed) balloons into this incredible amount — more than they ever would have gotten in the first place,” Harris said.

Family Feels Uncertain As They Wait On Appeal

The state recommends payment plans to those who owe overpayments. But for many families, even those plans might be difficult to afford. Harris said those who think their overpayment notices are in error should exercise their right to appeal and should seek legal guidance.

Mike Knudson works as a customer service manager at an Appleton manufacturer. He said he took a pay cut as a result of the pandemic, which combined with his wife’s job loss left their family budget severely challenged. Annie Knudson has some health issues that forced her to leave her old profession styling hair; it’s one reason the part-time driving job worked for the family.

The Knudsons certainly don’t have a spare $13,000 should their appeal eventually be denied. But Mike Knudson does have an inheritance coming from a grandfather who was killed in car crash around Christmas. He said they expect that to be around $12,000.

Months After Benefits Were Paid, State Serves Some Unemployment Recipients With ‘Overpayment’ Notices was originally published by Wisconsin Public Radio.