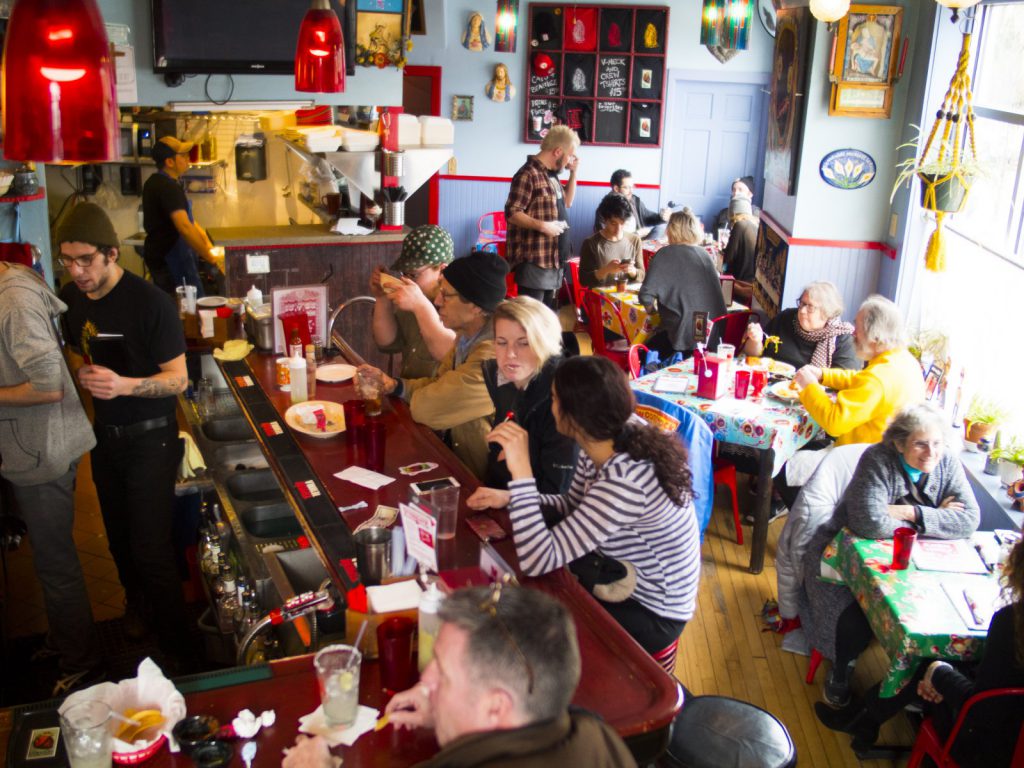 Popular Mexican restaurant Cafe Corazon could soon have a Brown Deer location at 4102 W. Bradley Rd. After the success of the original restaurant in Riverwest, the business expanded, opening a Bay View and then a Mequon location. Owners Wendy and George Mireles are in the process of getting their redevelopment project to create a fourth location approved by the Village of Brown Deer. Maredithe Meyer reports:

The Brown Deer location would take over the vacant former Sammy’s Express Gyros & Custard building, which was originally constructed in 1960 as an A&W Root Beer. Having deteriorated over the years, the building’s interior would undergo a complete remodel and portions of the exterior would be improved, according to the project proposal.

“Café Corazon is excited at the opportunity to transform this highly visible, but vacant, corner into a vibrant, inviting dining destination,” the Mireles wrote.

The project includes a 1,550-square-foot adjacent outdoor patio with seating for 75 people, as the “focal point” of the property. A detached garage would be constructed to store Café Corazon’s food truck and other supplies.

The property’s parking lot would also be reconstructed and once that’s complete, the food truck would operate at the site during the remainder of the project.

Plans will be review by the village Plan Commission next month.

Café Corazon in Brown Deer would hire 25 to 30 employees and serve as the base kitchen for the business’ catering services, currently in Bay View.

Colectivo Coffee’s Prospect Ave. location (2211 N. Prospect Ave.), which houses the Pabst venue The Back Room, has announced it will reopen sometime in the summer. The cafe closed down indefinitely in the middle of January this year, stating that it hoped to reopen by spring. Bobby Tanzilo reports:

… co-owner Paul Miller confirmed that the coffee shop and music venue is returning.

“We will return sometime this summer,” Miller told me this morning, adding that all the locations closed during the pandemic will reopen, except the Bayshore cafe.

“We are excited to be making plans and can’t wait to get back at it. It’s a special spot for us and we are looking forward to reopening.”

In early November, Colectivo closed its Third Ward cafe, as well as the one on Capitol Square in Madison.

Also on Tuesday, the Pabst Theater Group, which promotes intimate concerts in the Back Room at Colectivo announced a September performance … in person!

A pair of postponed performances by Michigan’s The Verve Pipe is scheduled for the venue even earlier, Aug. 20-21.

A few other shows are booked for the venue in September and beyond, too.

The seasonally-open Nite Owl, which specializes in cheeseburgers, fish dinners and milk shakes, is officially open — a sign that spring is here and summer isn’t too far away. Nite Owl, located at 830 E. Layton Ave., will remain open until fall and will operate Tuesday through Saturday from 11 a.m. to 6 p.m.

A South Milwaukee Dairy Queen that closed almost two years ago will become a new cafe serving ice cream. The cafe, which will be run by Zach and Becky Kinzer, is an expansion of Better Together Mobile Cafe — a business that was run out of a trailer but now has a permanent home at 1301 N. Chicago Ave. The couple is hoping to open in June. Erik S. Hanley reports:

The couple called the property owner last year and were told the location had a few interested parties. Becky Kinzer said the owner chose them because their business was family-owned and their menu included ice cream to “keep that history going.”

The building requires some work before the Kinzers can open. It needs a new roof, and the electrical and plumbing systems also need to be updated to code. The couple is doing a lot of renovation work themselves, to keep costs down, with plans to modernize the interior.

The couple is hoping to utilize the green space next to the building for outdoor seating — especially considering social distancing requirements — as it had been by Dairy Queen.

The physical location accommodates more workspace meaning there’s more ability to expand into some food options and “jazz up the milkshakes,” Becky Kinzer said. While there were no specifics yet on the menu, Kinzer said it will be focused on “breakfast options.”

Some of the top-selling Better Together drinks are an espresso Oreo (cookies and cream milkshake with espresso) and the unicorn milkshake (cotton candy milkshake with a sour rainbow straw). The trailer also offers some cereal milkshakes such as Fruity Pebbles, which will also be available at the physical location.

Drinks typically range from $3 to $7 depending on options at the trailer. Becky Kinzer said that “should be pretty consistent” at the physical location but “jazzed up” milkshakes may cost a bit more — those shakes could include things like a whole cupcake. 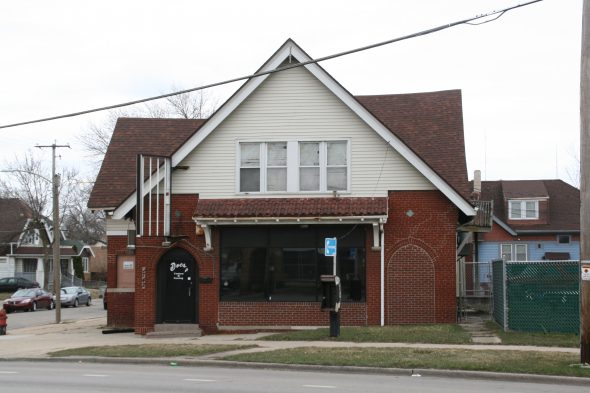 A new barbeque restaurant called Bro’s Backyard BBQ will be setting up shop on Milwaukee’s North Side at 1742 W. Atkinson Ave. Christopher Patton and Michael Hester will open the restaurant that will include menu items like pork ribs, pork tips, chicken and classic barbeque side options on its menu. Urban Milwaukee’s Ethan Duran reports:

Customers can pay by the portion for ribs, chicken or turkey breast or pay for an entire rib or chicken dinner. Barbeque staple sides like greens, mac-n-cheese, baked beans and potato salad are included as well.

There will be no seating for on-site dining, according to the license application. Delivery, catering and outdoor grilling will be available however.

Planned hours are from 11 a.m. to 9 p.m. from Tuesday to Saturday and 12 p.m. to 6 p.m. on Sunday. Mondays will be closed according to the license application.

A license application is pending before the Milwaukee Common Council.