And a colorful history. It’s a fun, 14-block walk. 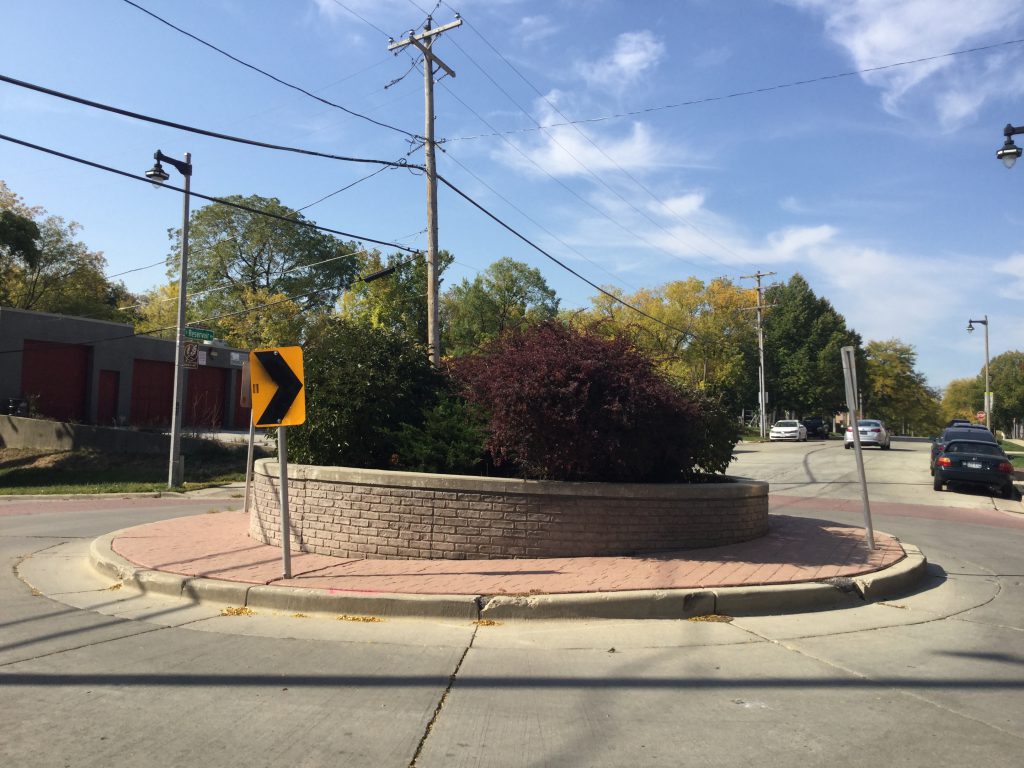 Start: At the corner of W. Reservoir Avenue and N. Hubbard St. at the roundabout.

Brewers Hill is a neighborhood bounded by North Avenue, Dr. Martin Luther King Drive, Holton Street, the Milwaukee River, and Pleasant Street. These may be the official boundaries, however, the real Brewers Hill, with its fascinating collection of restored homes, sits on top of an actual hill, overlooking Milwaukee’s downtown and the Milwaukee River.

The neighborhood, platted in the 1850s as Sherman’s Addition to Kilbourntown, looks down at the location of Byron Kilbourn’s aborted canal, now Commerce Street. We now know Commerce as a street lined with condominiums, not exactly the waterway Kilbourn once envisioned as a route from Milwaukee to the Mississippi.

In the beginning, Native Americans who settled in the area used the hill for effigy mounds, long since destroyed by the homes built by wealthy merchants and their employees. A ravine, now Hubbard Street, carried water down the bluff keeping the mounds safe from possible erosion.

Kilbourn’s obsession with water didn’t end with the canal. In 1870, he donated the land, now known as Kilbourn Park, land soon be the site of the city’s first public water system. Starting in 1873, water from Lake Michigan was pumped and stored in a reservoir on the hill, conveniently allowing it to flow downhill to provide drinking water to the homes on Brewers Hill. The reservoir, which was twenty-five feet deep and covered three-and-a-half acres of surface area, held twenty-one million gallons of water, and was open to the elements, until it was covered by a concrete roof in 1979. In 1875, Beers Street, the road from the reservoir to the neighborhood, was renamed Reservoir Avenue.

By the late 1800s, businesses close to the Milwaukee River, sawmills, tanneries, and the Schlitz Brewery, were thriving, as were the merchants who colonized North Avenue and 3rd Street, now Dr. Martin Luther King Drive. Starting in the 1850s, people built their homes on Brewers Hill, as the location provided proximity to their jobs at local businesses and a place to shop. Soon North Avenue and 3rd Street became the downtown for the residents of this emerging neighborhood.

As you stroll these fourteen blocks, majestic homes adjacent to modest worker’s cottages line the streets. Thanks to this economic diversity, Brewers Hill was, and continues to be, an integrated neighborhood, with a mix of incomes, lifestyles, and homes.

Get a daily rundown of the top stories on Urban Milwaukee
The neighborhood began its decline around 1900 and this slide continued until 1970 as many businesses left the area. Homes were torn down, boarded up, or converted to rooming houses. Between 1950 and 1970, approximately 700 homes were demolished. Brewers Hill had fallen to its lowest point. Urban blight and crumbling former elegant homes had become the norm.

That was, until a group of youthful preservationists brought a spirit of renewal to these formerly stately homes, and one by one began to reclaim them and take back the neighborhood. In 1981, these urban pioneers formally incorporated as the Historic Brewers Hill Association. Today, only a few homes remain works-in-progress, and of course, as property values soared, to the dismay of some residents, so did their taxes.

It’s a lovely area to tour. To see a few of these reclaimed homes, walk one block south on Hubbard to Vine. Turn right on Vine, and right again on 1st. Go left on Reservoir, right on 2nd, right on Lloyd, right on Palmer, and walk down the hill to the home of Stephen Bialk and Angela Duckert and the Sanger House at 1823 N. Palmer St.

Casper Sanger emigrated from Prussia and built this magnificent home with its Italianate design in 1872. Sanger lived briefly in the home he built,  less than two years, before selling it to Joseph Phillips. In the 1930s, as many surrounding homes fell into disrepair, this once elegant home served as a rooming house with ten bedrooms and two closets, and an undisclosed number of bathrooms.

Bialk and Duckert, who purchased the property in 1985, have worked non-stop to bring the Sanger home back to its original elegance. And that’s just the beginning of this amazing transformation at Palmer and Vine. Bialk and Duckert also created a spectacular garden. They covered every inch of their property, two-thirds of an acre, with gardens, 400 varieties of deciduous trees, shrubs, conifers, perennials, annuals and tropicals. They call themselves “texture” gardeners, an understatement when you consider the number of perennial and annual flowers in this diverse garden’s complex patterns, colors, shades of green, and yes, “texture.”

From the gardens, turn left on Vine, and left again on Hubbard. At the corner of Hubbard and Vine you’ll see two popular restaurants, Uncle Wolfie’s Breakfast Tavern, known for unique breakfast and lunch entrees, and across the street, View MKE, which offers dramatic views of Downtown. To complete this circuitous route through Brewers Hill, walk up the hill to Reservoir and the roundabout where you started this brief but spectacular tour of the best of the Brewers Hill neighborhood.

“Like Lazarus, Brewer’s Hill has come back from the dead,” John Gurda wrote in his book, Milwaukee, City of Neighborhoods. “Its resurrection stands as an object lesson for similarly challenged neighborhoods in Milwaukee and throughout urban America.” 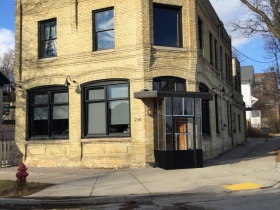 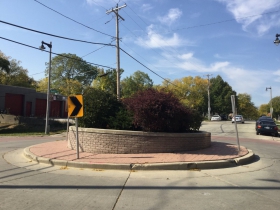 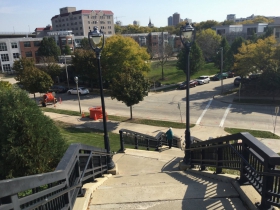 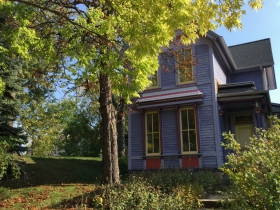 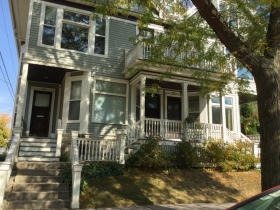 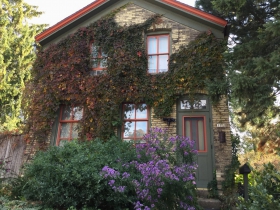