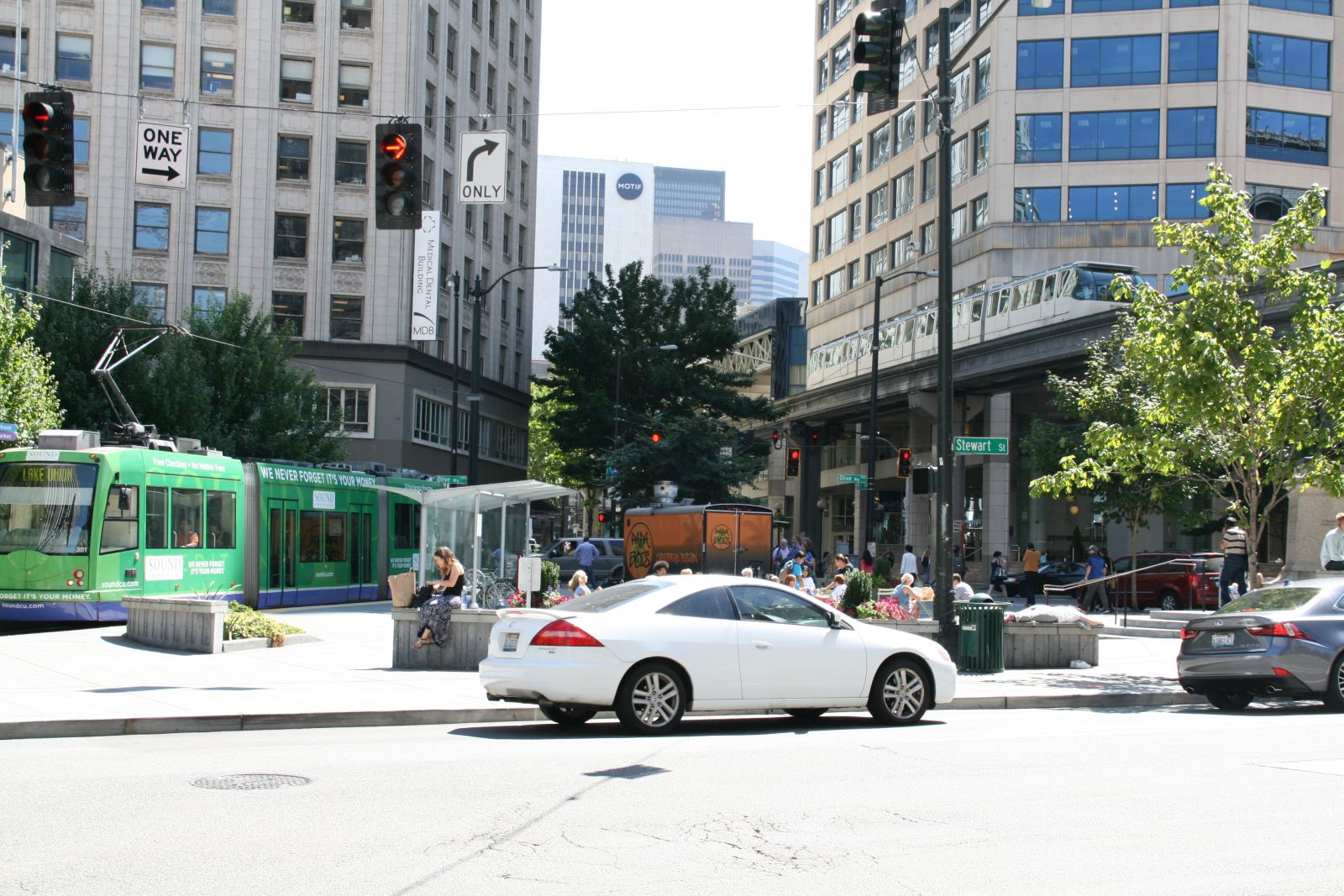 A diverging diamond dystopia: Natick Massachusetts is replacing a freeway interchange and is starting to consider different designs including the infamous “diverging diamond”. But the intersection they believe needs replacing has a number of mature trees which would be cut down if the design is chosen. Jeff Speck argues that another design called a “peanutabout” won’t subject pedestrians to massive amounts of particulate matter and will keep the trees could be a better alternative. (Jeff Speck | CNU Public Square)

Seattle releases green transportation plan: A new plan released by the Seattle Department of Transportation would restrict a large portion of downtown to most cars while requiring ride hailing and delivery vehicles to be emissions free. The plan doesn’t list any cost estimates associated with any of the provisions but it will rely heavily on partnerships with different levels of government including federal. (Michelle Baruchman | Seattle Times)

A brief anatomy of outdoor dining: New York has seen an amazing transformation as outdoor dining has taken over the city due to pandemic protocols. But as some of these makeshift buildings categorized into three types (hut, shed, and tent) are starting to disappear, it might be a good time to celebrate these creations of joy and creativity that came along at a time of fear and sadness. (Adam Gopnick | The New Yorker)

Lisbon launches open source data sensor network: Lisbon Portugal has launched a sensor network at 80 points in the city that will feed the city’s open data platform in real time. They will measure noise, pollution, traffic and more and are seen as a way to measure different parts of the city equally. (Sarah Wray | Cities Today)

Unfortunately, not a significant number of new users have been attracted to public transport despite the fact that over the recent years, the state has allocated more and more funds to cover the costs of county bus transport and has allowed people to travel by bus free of charge in most counties.

This week on the podcast, we’re joined by Karel Martens to talk about the philosophical justifications for sufficient access in transportation.