Present Music Comes In From the Cold

With an online concert presented Friday featuring a wild and wacky mix of music.

Out with the Cold, In with the New

Ever creative in the midst of the pandemic, Present Music has prepared a thoroughly produced online concert premiering Friday evening, March 26 at 7:30 pm. Most of the concert was pre-recorded in Jan Serr Studio at the UW-Milwaukee Peck School of the Arts. The event title, Out with the Cold, could be referring to the growing anticipation of an exit from the pandemic. But as with other spring concerts, Present Music recognizes the range of contemporary music from minimalistic to joyfully complex – without judgment, from winter to spring.

Key selections represent a loosely organized movement of the 1950’s – an avant-garde movement known as Fluxus. Those artists who identified with Fluxus “had become disenchanted with the elitist attitude they perceived in the art world at the time…Championed the use of everyday objects and the element of chance in art… focusing especially on performance aspects.” Such values often reflect choices in Present Music Milwaukee programming. 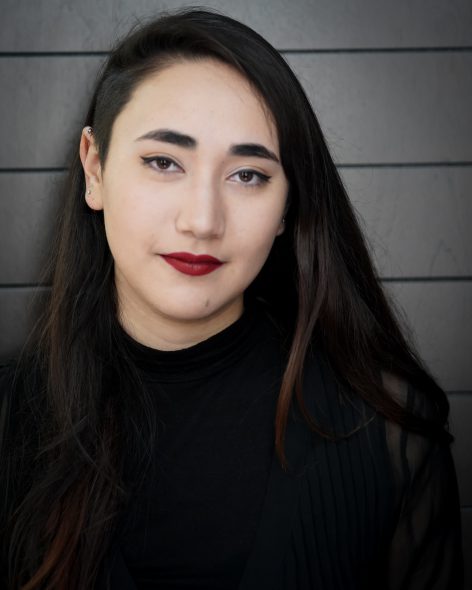 At the heart of the Fluxus movement, John Cage created a performance piece Living Room Music (1940), incorporating conversation, adaptation of words by Gertrude Stein and use of everyday objects appropriated for rhythmic percussion. Ben Patterson wrote Paper Piece (1960), with instructions for group participation to explore the sounds of crumpling paper.

Well before the Fluxus movement, French eccentric composer Erik Satie suggested that cafes play a piece of ambient music he called “furniture music… that would be part of the background noise, which would take them into account. I think it would be melodious, it would soften the sound of knives and forks, without dominating them, without imposing itself.” His Furniture Music: Wrought-Iron Tapestry (1917)  samples that experiment, a work perhaps not performed in his lifetime.

Guest artist Elenna Sindler, Chicago singer and composer, will join the Present Music Ensemble in three works with memorable melodies and wistful lyrics. In one, Philip Glass scored a Paul Simon poem in a series of collaborations with songwriters. Simon’s words, Changing Opinion are a mock-solemn meditation on the possible sources of an electrical hum in a room. Second is a work by Caroline Shaw, who wrote the words and music to And So, scored for an intimate setting with string quartet. Gertrude Stein’s words are incorporated again. The third work, by Andy Akiho, is a poetic reflection, NO one To kNOW one (2010) incorporating full ensemble and his personal instrument, steel pan. Click on the links in this paragraph to hear the original recordings, each featuring the composer.

Sindler’s own performances and composition reflect a personal commitment to feminist issues and experimental music, often reflecting the spirit of the Fluxus movement. When I Was, her album debut as singer-songwriter, may be heard on YouTube.

Paul Wiancko lovingly features the cello through most of his ensemble piece, LIFT (2016). Following beautiful contemplative chamber music, the work ends with a “maniacal’ romp to the finish that will be extracted as this concert steps up the energy of the evening.

Angelica Negron, whose playful experiments with electric vegetables and homage to conversations among the trees have been featured on recent Present Music events, offers electronic samples as a complement to live ensemble in the unabashedly pleasurable work, bubblegum grass/ peppermint field (2011). Arranged for Present Music, the samples use common household objects but are meant to reflect the percussive range of the Eastern Asian gamelan. A. Bill Miller has created an abstract “live liquid light show” for the performance.

Present Music has risen to the challenge of this difficult year, creating polished, often studio-produced concert works. Those who purchase tickets will participate in a zoom session before and after the concert itself, hearing from and talking with composers and performers. Tickets start at $10, $20 for a household and $35 for “benefactors.” Anyone can purchase a ticket and listen, from Friday through June 26, to the concert itself. (Urban Milwaukee members can get free tickets here).

Cory Smythe, a long-time former member of the Present Music ensemble, will present a solo piano recital of his own works on April 16 – available through July 20th. (The February 20 piano recital by Michael Mizrahi is also still available online.)

I would hope that Present Music finds a way to share again the three concerts offered last fall whose online access has currently expired. For most of us, Present Music concerts introduce new works we have not heard. The opportunity to hear them again has been a unexpected advantage of this tragic year. With the support of all of us, these concerts need not be one-time events. With the opportunities of the internet, Present Music has been establishing connections beyond Milwaukee. The concert and conversation model has also strengthened ties with composers well beyond Milwaukee.