By Melanie Conklin, Wisconsin Examiner - Mar 23rd, 2021 01:45 pm
Get a daily rundown of the top stories on Urban Milwaukee 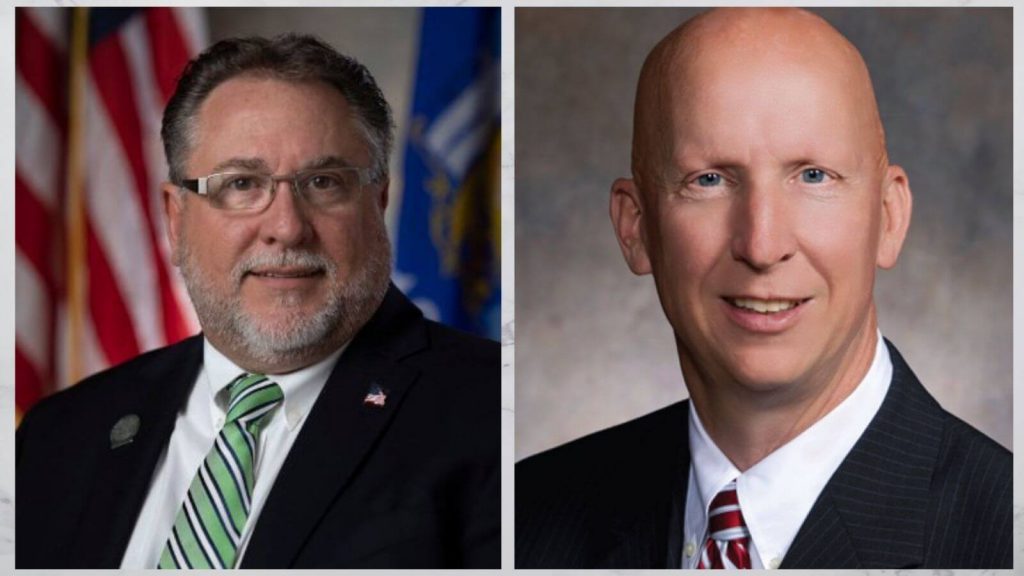 Recent open records requests to state legislators show what happens when state lawmakers delete records, an exception they created for themselves alone when they wrote the law forcing all other government officials and state agencies to retain and provide such records.

Sen. Duey Stroebel (R-Saukville) and Rep. Rob Brooks (R-Saukville) were asked for records on a specific election law bill by the progressive group A Better Wisconsin Together (ABWT). After receiving the results from the request, the group has now retained legal counsel to get to the bottom of what appear to be omitted emails and information that differed between the two offices’ responses.

The open records request submitted to the two legislators were identical in the communication they asked to receive: all correspondence between the two lawmakers and members of their staff that pertained to SB 213. That particular bill allows for potential violators of election law — a category that is significantly expanded under Republican bills on elections — to be able to be taken to court immediately rather than waiting for a decision from the Wisconsin Elections Commission.

Each office responded with the records on the topic, and the resulting records received were different. Each office delivered some records of their correspondence with one another but omitted records the other office had turned over, showing that each office deleted (or missed or refused to hand over) some of the documents.

“We expect legislators to comply with our laws, including those designed to preserve open government,” says Mel Barnes, staff counsel at Law Forward. “Public records laws exist to give citizens a window into the day-to-day work our elected officials do in their name, and transparency is key to any functioning democracy.”

The content of the emails that the offices provided in response to the records request implied there were other records that were left out by both offices. A staff email provided by Stroebel’s office references the idea for the legislation coming from “a very solid dude.” However, the records contained no indication of the identification of said dude. It also referenced waiting to hear back from “someone with expertise,” but that exchange is also absent from the records. (That information, however, could have been provided in person or via a phone conversation, or merely deleted as legislators are allowed to do under state law before any request comes in. Once a records request is received, records that pertain to that request can no longer be deleted.) A bill to reverse this law and make legislators and their offices comply with the records law like everyone else has been introduced by Democrats.

Legislators and staff commonly delete records that are of interest to the public as permitted under the legislative exception in the records law. Government transparency advocates see that as a violation of the spirit of the law.

“All elected officials have an obligation to their constituents to be transparent and comply with the law, and Rep. Brooks and Sen. Stroebel are no exception,” says Nicole Safar, executive director of A Better Wisconsin Together.

Stroebel sits on the Senate’s Committee on Elections, Election Process Reform and Ethics and is the author of a package of new election bills.

“Our office complies with the state open records law,” says Stroebel via email. “Since the requester had their attorneys reach out, we will respond after our attorneys have reviewed their letter. This appears to be another leftwing media attempt to create a controversy that doesn’t exist.” Brooks did not respond to a request for comment.

Law Forward’s Barnes said she had not yet heard back from the lawmakers on Monday. They did, however, provide a response to the original March 2 records request within a week or less. Stroebel provided a response on March 5 and Brooks on March 8.

In its letter, Law Forward laid out its client’s reason for contacting Stroebel and Brooks asking for additional documents and “immediate remedial action” by their offices.

“We note that ABWT is only aware of the existence of these specific Public Records because they were provided in response to another request, sent to another public official,” wrote Barnes in her March 18 letter to the legislators. “However, it is possible that other relevant records were not provided as well, and we urge you to perform a thorough search for any and all responsive records.”

The records that were turned over to ABWT included a co-sponsorship memorandum about the bill, a document that is generally easily obtained as it is generally sent widely to all legislators.

That memo, sent by Stroebel’s staff, provides a justification for allowing a district attorney to prosecute election law violations and for allowing any individual to take a complaint straight to court, bypassing the Wisconsin Elections Commission, if they choose.

Stroebel echos a circular argument that has been used to justify measures to make it more difficult to vote. Former President Donald Trump and Republican leaders at the federal and state level claimed, in advance, that the election might be fraudulent. After the election the Trump campaign filed a host of lawsuits in an attempt to overturn election results. GOP leaders also stated frequently, and without any proof, that the elections had been fraudulent, which cast doubt on what have been proven to be fair elections.

The doubts they raised in the public are now being used to justify so-called election-integrity bills, including the one authored by Stroebel.

He claims in his memo that it is necessary to ensure the public confidence in elections that he and his fellow Republicans worked to undermine.

“In February 2020, before the pandemic and presidential election, a Gallup poll found that 59% of Americans lacked confidence in the honesty of our elections,” stated the memo. “By the end of the year, a significant number of Americans remained skeptical about the integrity of our elections. Faith in elections is the foundation of our legitimacy as a government, and is a prerequisite for the peaceful transfer of power.”

This circular argument on election fraud is one of the key reasons ABWT placed its record request in the first place.

“Rep. Brooks and Sen. Stroebel have spent the last month undertaking a campaign to discredit the results of a free and fair election and change the rules to limit Wisconsinites’ freedom to vote,” says Safar. “Their refusal to be transparent is not just concerning and dishonest. They publicly justify their efforts to rig the rules with dubious concerns about a lack of trust in our elections — a distrust that they helped create.”