“Qualified Immunity” At Issue in Killing By Officer

Sheriff’s deputy who shot Christopher Davis in 2016 claims qualified immunity in his defense.

By Isiah Holmes, Wisconsin Examiner - Mar 15th, 2021 02:39 pm
Get a daily rundown of the top stories on Urban Milwaukee 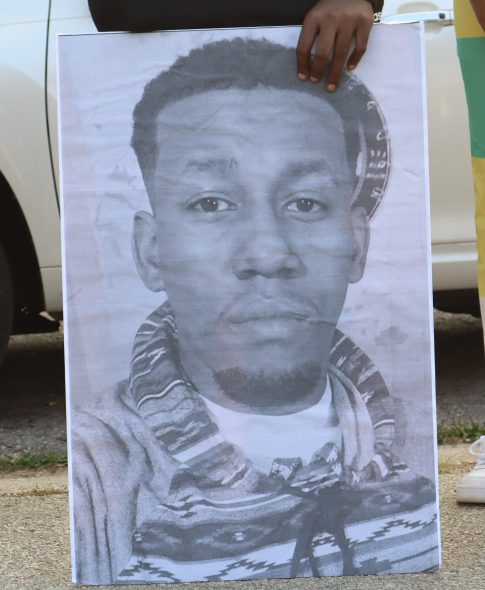 Many layers of policy and legislation protect law enforcement officers after a use-of-force incident, such as a police shooting. One of those layers is called qualified immunity, a legal principle that protects government officials from civil suits unless it can be proven that clearly established statutory or constitutional rights were violated.

Nathaniel Cade, an attorney who has worked with civil rights cases, is involved in a little known use-of-force case from February 2016. In that case, an officer involved in a shooting is attempting to shield himself from prosecution under qualified immunity.

This essentially means that government officials, such as police officers, can be granted immunity from civil suits by arguing that in their particular case prior case law does not establish that the particulars of their actions were wrong; even in seemingly clear-cut situations such as the case Cade is arguing.

As Cade explains, this means, “the officer says, ‘even if I do something wrong, my actions are justified.’ The usual basis for qualified immunity is them saying, ‘There isn’t a case directly on point that would have told me, or warned me, that what I did was wrong.’” Cade points to other cases where qualified immunity has been used to excuse questionable behavior of law enforcement officers.

In one case in Texas, for example, two police officers were cleared of wrongdoing under qualified immunity. They’d been called to the home of Gabriel Eduardo Olivas, who had doused himself in gasoline and was threatening to set himself ablaze. When officers arrived, one wanted to deploy a taser, but another warned against it as that could light him on fire. The officer deployed the taser anyways, lighting Olivas on fire and burning some 85% of his body. Olivas died several days later in the hospital. His sons had originally called the police, hoping they would receive help for their troubled father.

In this situation, qualified immunity protected the officer’s actions, even though the taser the officer used came with warnings that the device could ignite flammable or explosive materials. “It’s horrible,” Cade tells Wisconsin Examiner. “Qualified immunity is horrible in eight million ways, because it’s all up to the judge. There are some standards, but it’s loose.”

The killing of Christopher Davis

Cade is having to face the legal principle down in a Wisconsin police shooting case from 2016, which resulted in the death of 21-year-old Christopher Davis. In that instance, officers from the Village of East Troy, Town of East Troy and the Walworth County Sheriff’s Office had leveraged an informant to lure alleged drug dealers from the larger city of Milwaukee.

That day, Davis was accompanying friends to view a car they wanted to buy in Walworth County. Although they used Davis’ car, he wasn’t comfortable with highway driving, and allowed one of the friends to drive. Davis sat in the front passenger seat, with another person in the back. While in route to see the car, a passenger in the back seat asked for the ride to detour so that he could meet someone who owed him money. What Davis and the others didn’t know, however, was that this passenger was unknowingly in contact with the informant who was asking for drugs.

The passenger had misled the driver and Davis about the reasons for the detour. When they arrived in the parking lot, police vehicles surrounded the car. Ortiz fired shots into the vehicle, which struck Davis. A car chase followed, as the driver hoped to get Davis to the hospital, not knowing why the ambush had occurred.

Police were later able to disable the car using a PIT (pursuit intervention technique) maneuver, causing it to crash. At that point, the driver and passenger were both arrested. Davis was pronounced dead later at a hospital. The shooting was ruled as justified by the district attorney at the time. The passenger had misled the driver and Davis about the reasons for the detour. When they arrived in the parking lot, police vehicles surrounded the car. Ortiz fired shots into the vehicle, which struck Davis. A car chase followed, as the driver hoped to get Davis to the hospital, not knowing why the ambush had occurred.

Lawyers for Juan Oritz, the Walworth County deputy who shot Davis, are hoping to use the principle of qualified immunity to protect their client. But the argument against granting qualified immunity for Ortiz, rests in two aspects of the incident.

First, that some of the officers continued their participation in a plan they felt was flawed. The second aspect revolves around where Ortiz was intending to fire, and whether he fired before or after the car began to drive away. “There’s case law for civil rights actions for what is called ‘failure to intervene,’” says Cade. “So, basically if you know someone is going to be doing something and they should be stopping it. The judge threw that out saying, ‘Well, it was this continuous event.’”

Ortiz’s initial argument for qualified immunity was rejected by a district court. He has appealed that denial. A court document describing the circuit court decision notes that, “it accepted Ortiz’s statement that he did not intend specially to shoot Davis, but it disputed Ortiz’s assertion that he meant to shoot only the driver.”

In Wisconsin Department of Justice (DOJ) reports on the shooting, one involved police sergeant, Paul Schmidt, said, “It wasn’t a good plan,” and that he should not have involved himself or his officers in it. Two of the officers had just left a class training, and were in plain clothing and lacked ballistic vests. One of them didn’t even have his service weapon with him. “They don’t have the proper equipment, nothing,” notes Cade. “They don’t even decide who’s the lead vehicle, they don’t know what they’re looking for. That led to the shooting.”

The court filing further reads, “the district court found that Ortiz’s testimony was not enough to establish as a matter of law that Ortiz was aiming exclusively for the driver.” That detail, as well as whether Ortiz fired before or after the car started to drive away, remain contested facets that could sway the result of the case. Particularly as one of the involved officers initially told investigators from the DOJ that he heard shots, then squealing tires.

Since then, Ortiz has been promoted to detective, and the shooting itself has remained, for the most part, out of the public’s eye. Cade took on the case after Davis’ family changed lawyers, and has remained amazed at the circumstances that led to the shooting.

After taking the case, Cade visited Davis’ mother at her home as a gesture of good faith. “I think that, like anything, going to her home, I think, showed that I was willing to be involved. The lawyer before really had not done civil rights litigation, and it’s not something that you can kind of dabble in. You have to know the law, because there are a lot of traps. And it’s also very costly, in terms of putting money into the case … it’s not for the faint of heart.”

As the case continues to play out in court, Cade believes the court’s understanding of the case should be anchored in the real-life experience of Davis and his family. March 14 was Christopher’s birthday. He would’ve been 27.

One thought on ““Qualified Immunity” At Issue in Killing By Officer”