64-unit apartment development on Lower East Side was delayed a year by COVID-19. 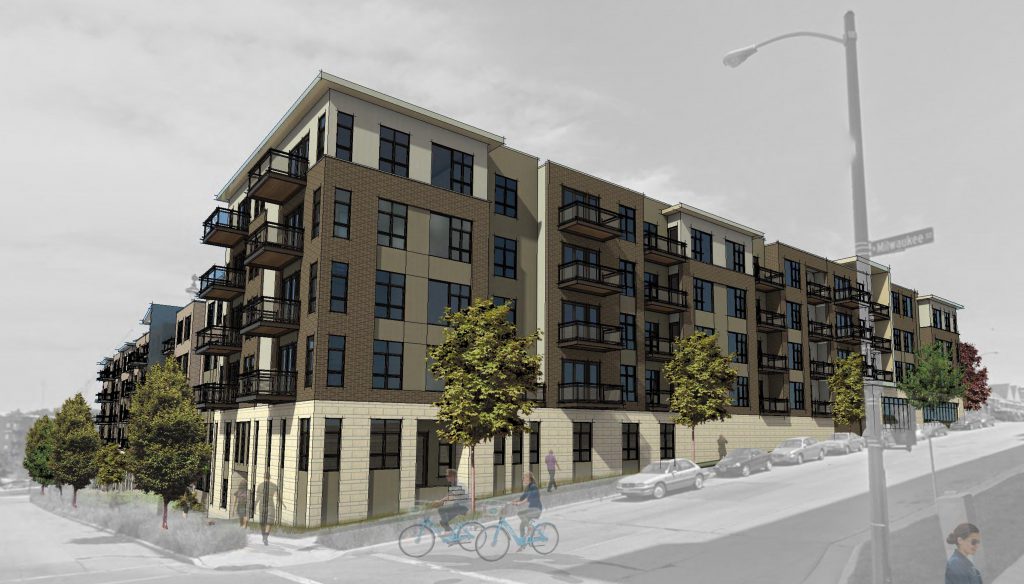 Construction on the second phase of the Avenir apartment complex at 418 E. Ogden Ave., originally scheduled to begin in Spring 2020, is planned for April, but it could also be delayed another year.

Weidner is a national apartment building operator and developer based in Kirkland, Washington. It already owns eight properties totaling 1,300 units in Milwaukee. AG Architecture, which designed the first phase, is also serving as the project architect for this second building.

Once completed, it will mostly be one-bedroom apartments, with 11 studios and 11 two-bedroom units. The 91,660-square-foot-building also has 4,897 square feet of retail space planned.

The project is on land called Block 26 in the Park East Corridor. It was freed up in 2003 following the demolition of the Park East Freeway spur. The land beneath the freeway was owned by Milwaukee County, which then set out to find a developer for it.

Weidner recently went before the County Board’s Economic and Community Development Committee requesting an extension in the timeline set in the 2018 development agreement it has with the county. Now it will have until April 2022 to start construction. If it doesn’t, the company could forfeit up to $450,000.

The first phase of the Avenir was a 104-unit building completed in 2014. This development had an assessed value of $18.5 million in 2018, according to the report from the Milwaukee County Economic Development Division. The estimated development cost for the subsequent phases is $26 million.

In 2018, Weidner Apartment Homes, through their investment arm, stepped in to finish development, acquiring the site for $22.7 million. When the county initially sold the land by itself to Chicago based RSC & Associates in 2007 it went for $2.7 million, according to the economic development division.

Weidner originally planned to start construction in April 2020, applying for a building permit in February, but exercised a one-time delay allowed for in the development agreement and pushed commencement of construction back to October. Then in fall 2020, the company filed a notice of Force Majeure — or unforeseen consequences — due to the COVID-19 pandemic that prevented it from starting construction.

Under the new agreement, Weidner plans to start construction in April. If it doesn’t it has pledged a $100,000 credit for a six month extension to October, along with another $100,000 for a potential second extension to April 2022.

Kevin Colard, chief investment officer for Weidner told the committee, “We believe that the timeline that we’ve laid out is something we’re fully committed to.”

While the past year has been tough, Colard said “things are strengthening,” and he pointed to the company nearly doubling the credit it has extended to the county as proof of a commitment to developing the project. 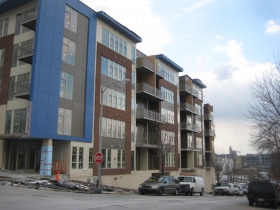 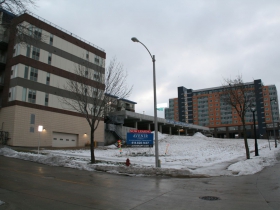 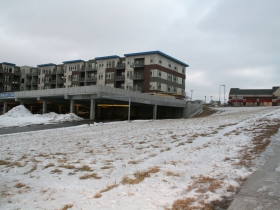 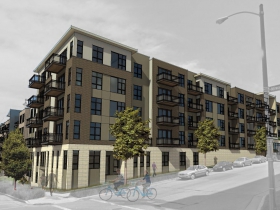