A Month of Unique Fairy Tales 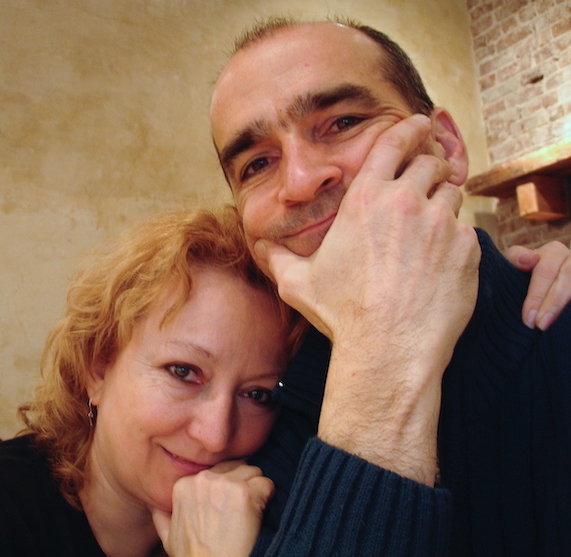 It is often said that March comes in like a lion and goes out like a lamb. However in 2021, if you’re essentially in a prison of your own making, who cares? You are inside out of the weather and you can get your groceries delivered. However, with even unforced seclusion comes the threat of boredom and madness.

Which brings to mind Giovanni Boccaccio’s Decameron (from Greek meaning a ten-day event). The Decameron was about a group of people who quarantined themselves in a secluded villa in Italy to escape the plague. Completed in 1393, this work starts with a framing story after which ten people each tell a story with an element of their own choosing within the frame. With each framing story we get a new set of variations.

Well, Theatre Gigante has stretched that concept to 31 stories, a month worth of them, in what it is calling  A Cosmic Fairy Tale A Day Keeps The Doctor Away. The tales are written by Rok Vilcnik, a Slovenian writer, playwright, poet, song writer and screenwriter. He’s written 20 plays, three radio dramas, four television series, three books of poetry, three novels and three children’s plays. Among his many awards in his native Slovenia he won the Glazer Charter award for his book of plays titled American Trilogy. Vicnik’s Tarzan was performed by Gigante Theatre during the 2017 -2018 season.

Direction of the work is handled by Isabelle Kralj, co-founder of Theatre Gigante. Kralj and Mark Anderson’s able partnership brings Gigante’s history of collaboration with unique American and International stars into its 33rd season.

“Fairy Tales invoke and address humanity’s dreams and aspirations and some of life’s bigger questions,” Krajl says. “With cleverness and a sense of humor, they look to the cosmos to portray our world: Theatre Gigante presents A Cosmic Fairy Tale A Day Keeps The Doctor Away. what it was, is, and could be.”

A long time collaborator with Theatre Gigante, Frank Pahl and his group Little Bang Theory will provide the music. Michigan native Pahl is a musician and composer known for his work in toy-pop or music made with toys which will be demonstrated in this performance. Little Bang Theory consists of Pahl, Terri Sarris and Doug Shimmim.

Justin Thomas has created the production design. Thomas is an associate professor of theater and design and the theatre and dance department chair at Grinnell College.

The performances are virtual.  A unique offering will occur each day in March. Stating on February 22, subscribers can buy one episode, several episodes, or all 31 of them.