By Rich Kremer, Wisconsin Public Radio - Feb 17th, 2021 05:43 pm
Get a daily rundown of the top stories on Urban Milwaukee 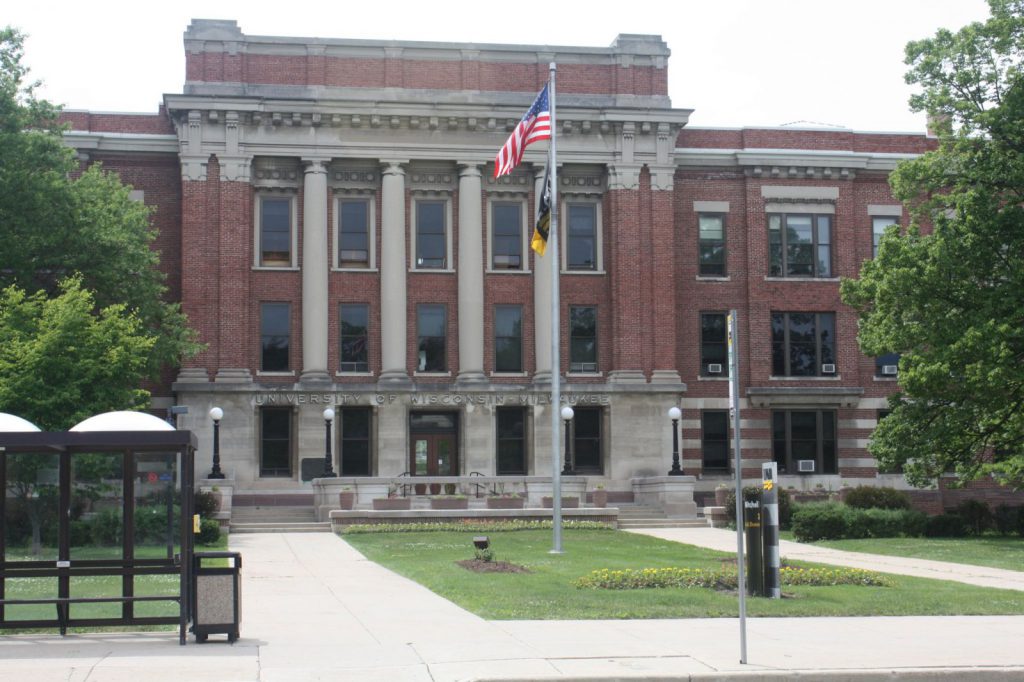 Wisconsin technical colleges and University of Wisconsin System campuses would see a major boost in state funding under Gov. Tony Evers‘ 2021-23 state budget proposal. But the new spending on state-run higher education is likely to face opposition from Republican state lawmakers who cut the governor’s higher education increase in the last state budget by more than half.

The Wisconsin Technical College System (WTCS) would also see a significant bump in state spending under Evers’ proposal. WTCS had requested an additional $12 million. Evers’ budget proposal includes an increase of $36 million over the next two years.

WTCS President Morna Foy praised Evers for proposing “important investments in technical college students and programs” that she said are necessary in a time of “historic transformation.”

“Wisconsin’s technical colleges will continue to be at the forefront in responding to rapid, continuous shifts in the specific education and talent development needs of students, employers and communities throughout Wisconsin,” Foy said in a statement.

In his proposal, Evers continues a freeze on tuition increases for undergraduate students from Wisconsin. If approved by the state Legislature, tuition will have been frozen at four-year universities for a decade. The governor is proposing the freeze be funded by using $50 million of the $190 million in additional state support to the UW System over the biennium.

There has been discussion among some lawmakers and members of the UW Board of Regents about ending the tuition freeze. But during a forum hosted by the nonpartisan Wisconsin Policy Forum last month, Thompson said he was warned by Republican leaders in the Legislature that if he requested lifting the freeze, his budget request wouldn’t “go anywhere.”

Free Tuition For Some Students

Evers’ included a UW System request to expand a tuition promise program to all of the state’s universities and their respective branch campuses. It would build on what’s known as the “Bucky’s Tuition Promise” at UW-Madison, which provides four years’ worth of free college to students from families making $60,000 or less.

Evers’ budget proposal also includes a change in state law that would let the UW System establish lines of credit allowing it to unilaterally borrow money for losses and expenses related to athletic and educational programs.

UW System leaders have been publicly requesting borrowing authority since at least last year. Thompson and UW-Madison Chancellor Rebecca Blank have pointed out that the UW System and the state’s flagship campus are the only ones in the nation that don’t have borrowing authority to help address unexpected costs, like losses related to the COVID-19 pandemic.

In a written statement, Thompson said Evers’ proposed investments would allow the system to expand online education and opportunities “for our neediest students.”

“The budget shows that the Governor recognizes the value we can deliver to all Wisconsinites, as we have during the COVID-19 pandemic,” said Thompson. “Where there is a problem, the UW wants to help — and the Governor’s budget will allow us to do just that on some of Wisconsin toughest problems.”

Blank also thanked Evers for his proposed increases in state support and the ability for UW campus to establish lines of credit. She said the initiatives will translate to greater access to college and provide a better experience for students who enroll at the state’s largest university.

“The executive budget also includes critical flexibilities to ensure that UW-Madison has the tools to operate like a modern flagship campus,” said Blank.

All of the higher education leaders said they look forward to working with state legislators during the next phase of state budget negotiations.

“I was pleased in the governor’s proposal for the system that he is considering freezing tuition again,” said Zimmerman. “That’s going to help out a lot of kids who maybe otherwise would not have maybe gone to school or been able to go to school.”

But Zimmerman said the $50 million proposed to fund the tuition freeze and the overall $190 million in additional state support for system campuses are “not trivial” amounts of money and would need further scrutiny.

Zimmerman also pointed out that Evers’ proposal for a free tuition program for students from low-income families is markedly different from the Bucky’s Tuition Promise in that the campus funds its promise with private donations. He said he’d be supportive for the UW System to also use private donations to fund the idea, but said if it’s funded by taxpayer dollars, lawmakers “will have to look hard and close at that.”

“Now is not the greatest time in the world to go asking Wisconsinites that we need more of the money,” Zimmerman said.