Legislation would provide Wisconsin $1.3 billion if it expands Medicaid. 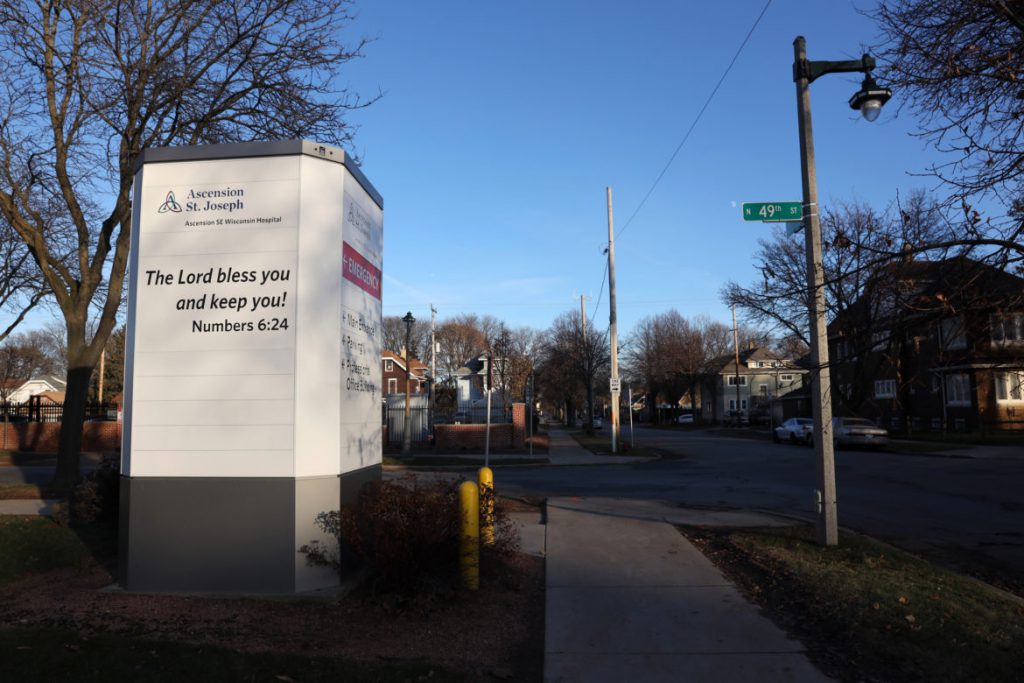 U.S. House Democrats are trying again to entice holdout states, including Wisconsin, to expand Medicaid coverage with the prospect of billions of dollars in federal cash. This money would be on top of the already large net benefits the state would realize under existing law through expansion.

Wisconsin is one of just a dozen states that has held back on expanding Medicaid coverage, also known as BadgerCare, leaving a huge source of federal funding on the table that could provide coverage for additional Wisconsinites.

In Wisconsin, Medicaid expansion has remained a partisan standoff, begun during national and state Republicans’ early rejection of the Affordable Care Act. It continues to come up regularly with Gov. Tony Evers and legislative Democrats as strong supporters of expansion and the resources that come with it, while legislative Republicans have fought it, refusing to consider it in past state budgets or as part of the efforts to combat COVID-19. It was one of the items Evers wanted in a COVID-19 relief bill, but was left out of compromise legislation because it remains unacceptable to Republicans.

“Expanding BadgerCare has always made financial sense for the state, and Speaker Vos has known it since day one,” says Joe Zepecki with the advocacy group Protect Our Care. “The question now that the cost of saying “no” is about to be even costlier is whether or not the hospitals and providers getting creamed by the pandemic will finally make it clear to Republicans that enough is enough. If Democrats in Congress can manage to make what was already a common sense, no-brainer, slam dunk of a decision even more attractive, then even Wisconsin Republicans should be able to figure out how to get to yes.”

The new offer, included in a massive $1.9 trillion COVID-19 relief package that House Democrats are pushing through committees this week, could help provide health coverage to more than 2 million Americans. Most are childless adults who earn some money but still fall below the federal poverty level, and they are falling between the cracks in government programs in the midst of the pandemic and economic downturn.

Evers’ has already announced that his budget for 2021-2023 will include the Medicaid expansion. Michele Mackey, CEO of the advocacy group Kids Forward, praised that measure, noting that the number of Wisconsinites without health insurance coverage has climbed during the pandemic.

Researchers with the Kaiser Family Foundation, write that in recent months, millions have gained health insurance coverage through Medicaid as a result of the economic effects of the pandemic as well as the maintenance of eligibility and continuous coverage requirements tied to access to temporary enhanced Medicaid matching funds.

“However, in the 12 states that have not adopted the Medicaid expansion as of January 2021, Medicaid eligibility for adults remains limited,” write Rachel Garfield, Kendal Orgera and Anthony Damico in a report published Jan. 21. “At a time when many are losing income and potentially health coverage during a health crisis, these eligibility gaps leave many without an affordable coverage option and could contribute to growth in the uninsured rate.”

In the vast majority of states, people in that situation could qualify for Medicaid, a public program that provides health insurance to low-income people and people with disabilities. But in 12 states that have not yet expanded Medicaid, they are still ineligible for that program. Meanwhile, they are still too poor to get subsidized private coverage through insurance exchanges.

Edwin Park, a research professor with the Center for Children and Families at Georgetown University, said the House proposal could “move the dial” in some states.

“For others, unfortunately, I think they may walk away from this very good deal,” he said. Holdout states include Florida, Georgia, North Carolina, Kansas, Tennessee, as well as Wisconsin. Missouri has approved a Medicaid expansion but has not yet rolled it out; it would receive the extra money included in the House Democratic proposal.

The gap that many low-income people fall into was created when the U.S. Supreme Court struck down part of the health care law, known as Obamacare. The court said Congress could not make states expand their Medicaid programs.

But states have gradually signed on over the last decade, because Congress provided them such big financial incentives to do so. At first, the federal government picked up the entire cost of adding childless adults and others to the Medicaid rolls. These days, it still covers 90 percent of the cost.

Throughout much of the South, along with places like Kansas, South Dakota, Wyoming and Wisconsin, though, state officials have resisted calls to expand their Medicaid programs. As in Wisconsin, Republicans in particular have balked at what they see as an overreach by the federal government.

The latest measure, though, would add a new twist. It would give holdout states more money for the patients they are already covering if they agree to expand Medicaid.

“Even though states still pay 10 percent [for the new patients], they would still come out ahead,” said Robin Rudowitz, the co-director of the Kaiser Family Foundation’s Program on Medicaid and the Uninsured. “I think that changes the math.”

An analysis by the Center on Budget and Policy Priorities shows that states would gain substantially under the Democratic proposal:

Texas stands to gain the most, with a potential of bringing in nearly $6 billion. The extra money would end after two years.

States whose residents have lower average incomes get higher reimbursement rates. In March, Congress increased the reimbursement rate for all states for as long as the COVID-19 emergency remains. The Biden administration has said it will extend that emergency until at least the end of 2021.

The House proposal would further increase the reimbursement rates for new expansion states by 5 percentage points.

The new incentives would be part of a larger congressional effort to address the fallout of the COVID-19 pandemic. Democrats’ relief bill covers everything from distributing vaccines to supporting transportation networks to doling out stimulus checks.

“The pandemic has certainly highlighted the issues around the need for health coverage, and you have more people [in states that haven’t expanded Medicaid] becoming uninsured as related to the economy,” Rudowitz said.

Indeed, officials in many states were already advocating for Medicaid expansion before the latest congressional proposal emerged. Park said that the federal government picks up the costs of the expansion, and people who get health coverage demand fewer state services. “The fiscal impact of [Medicaid] expansion has always been positive. … But some states may resist for ideological reasons rather than looking at the numbers.”

The House Energy and Commerce Committee will hold a hearing on the proposed changes Thursday.

Among the other changes that the lawmakers are considering are measures to ensure that women retain their Medicaid coverage for up to a year after giving birth; fully covering the cost of COVID-19 vaccines under Medicaid; and allowing prison inmates to qualify for Medicaid 30 days before they are released. There is no deadline for states to implement the Medicaid expansion.