Charlotte Randolph has been paying rent to tax-delinquent owner for nine years and will now buy the building. 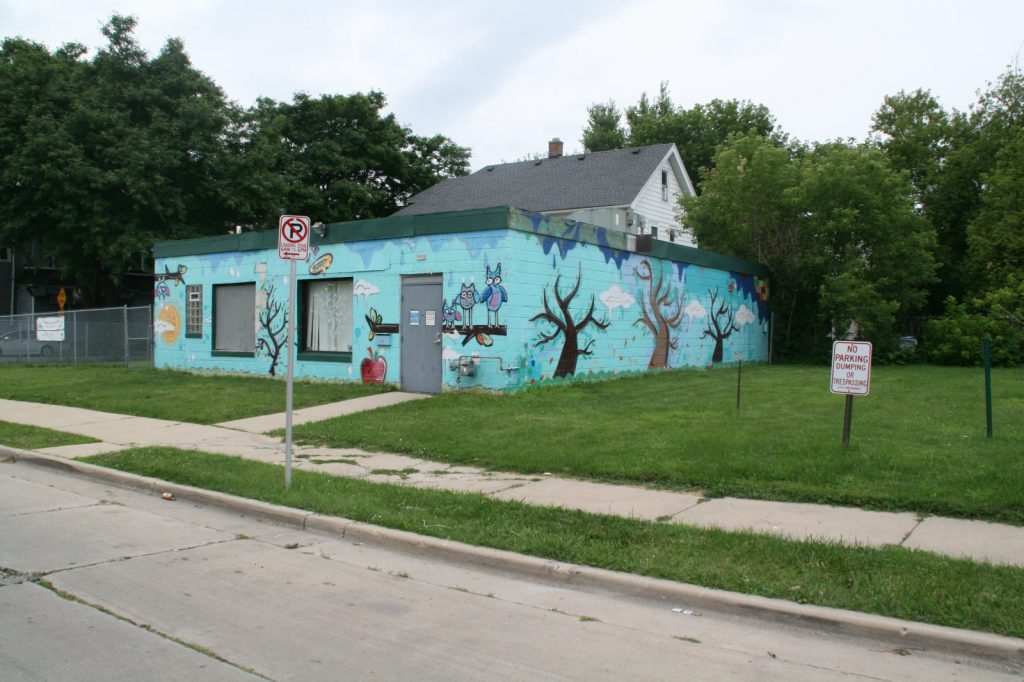 Sharon and Larry Adams had planned to open a garden center at N. 17th St. and W. Lloyd St.

The Walnut Way Conservation Corp founders, as of July, were going to buy the city-owned vacant lot at 1722 W. Lloyd St. and merge it with a tax-delinquent property at 1726 W. Lloyd St. that contained a one-story building.

The city was prepared to enter into tax property foreclosure on the latter property and then sell both properties to the couple. A Common Council committee unanimously endorsed the move in July 2020, but a week later Alderman Russell W. Stamper, II, without explaining why, asked that the full council hold on the deal.

It turns out, according to a Department of City Development representative, that the building had an active tenant and the city didn’t realize this.

As Urban Milwaukee reported in July, the building is occupied by the Tree House Enrichment Center child care facility, operated by Apple Tree Educational Services LLC and licensed by the state. The business is led by Charlotte Randolph.

Noting this at a Zoning, Neighborhoods & Development Committee meeting Tuesday, Department of City Development representative Matt Haessly said: “It is not our intent to displace existing businesses.”

Instead of getting kicked out, Randolph will step in and buy the properties. She’ll pay $3,500 total and will no longer have to pay rent to a landlord that isn’t paying property taxes. She’ll also get to expand her business onto the adjoining lot as part of a $58,500 improvement plan.

Get a daily rundown of the top stories on Urban Milwaukee
The property owner is currently delinquent on property taxes going back to 2008. Randolph has leased the building since 2012.

The limited liability company listed in the city’s ownership records, Dykeman Properties 1726 LLC, was administratively dissolved in 2011 according to the state Department of Financial Institutions. Other “Dykeman” entities with similar naming structures were dissolved at the same time. “Dykeman Property Management, LLC,” listed as the registered agent for the other entities, continues to operate and is led by Michael Dykeman.

Including interest and penalties, the property owner owes $81,260.18 in back taxes on the Lloyd Street property.

Why didn’t the city foreclose on the property sooner? It’s on the city’s Do Not Acquire (DNA) list.

The parcel has been used a metal shop, used car dealership, auto repair shop and car wash according to the report. The building currently at the site dates back to 1952 and doesn’t contain any known environmental concerns.

The city will pursue foreclosure on any of the 151 DNA-designated properties if a buyer is interested, but the property owner could pay the back taxes to retain the property. Dykeman could still do that in this case.

The Adams, even without the garden center, continue to be a major catalyst in the neighborhood they’ve long called home. The couple, through a contractor, recently completed work on the development of Adams Garden Park. The office building, 1836 W. Fond du Lac Ave., and attached grounds is home to a number of environmentally-focused tenants. They’re also using vacant lots they own on N. 18th St. as an outdoor classroom and gardens.

The project is not the only one underway in the area. Walnut Way, from which the Adams are now retired, is developing a second phase to its Innovations and Wellness Commons complex at N. 16th St. and W. North Ave. A ceremonial ribbon cutting was held in December. 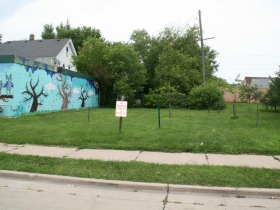 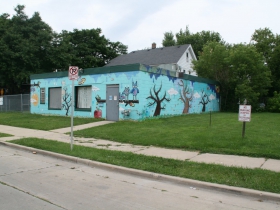 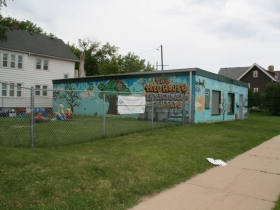 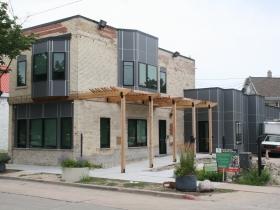