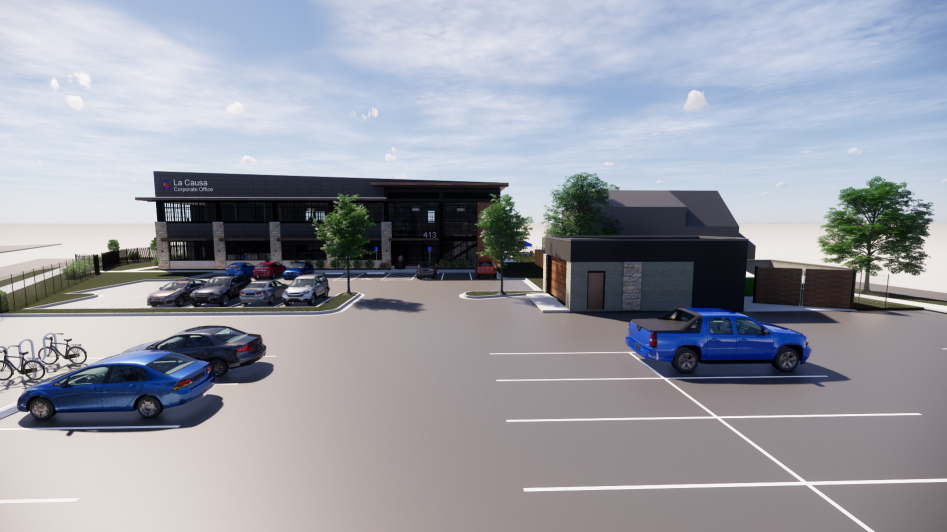 La Causa also operates an early education and care center (809 W. Greenfield Ave.), a crisis nurse and respite center (522 W. Walker St.) and provides social service programs for adults and children (based out of a facility in Glendale).

The two-story building will have 15,100 square feet of space according to a building permit application. Fifty-six parking stalls will be included on the south end of the property. A small garage is being built near S. 4th Street.

Beyond office space for a couple dozen employees, the building will contain a series of conference rooms.

Madisen Maher Architects is designing the building. Wellspring Construction Group is serving as the general contractor. Construction will be completed in the coming months.

It’s an unusual site. Bordered by W. Scott St., W. Madison St., S. 4th St. and the angled S. Polcyn St., the block ends up as a pentagon because of the adjacent Interstate 43/94 freeway. A house, 1213 S. 4th St., is the lone other structure on the block. Historic aerial photos show that between 1963 and 1971, what was once a normal southside block was cleared to accommodate the freeway. The North Shore Line, an interurban line with service to Chicago and local streetcar service, once ran along the west side of the block, but was eliminated with the freeway’s construction.

A high-speed turn lane from to S. Polcyn St. onto W. Scott St. exists at the northwest corner of the block, leftover from an era when getting thousands of Allen-Bradley employees off the freeway and into the parking garage as quickly as possible was a big concern. Today it’s an overbuilt piece of automobile infrastructure on a street that doesn’t see many automobiles. It could be removed in the future and, combined with the island it currently creates, converted into a pocket park.

The administration building isn’t the only project La Causa has underway. It’s acquired and demolished duplexes and carriage units at 1619-1621 S. 2nd St. and 1623-1625 S. 2nd St. It then secured Common Council approval to unify the zoning of the school and residential properties to create a larger parking lot from the newly-created space and avoid the need to secure regular Board of Zoning Appeals permission to operate the school on the site. “Those properties were blighted and never managed properly,” said Alderman Jose G. Perez of the rental units when the council debated the measure in May 2020. 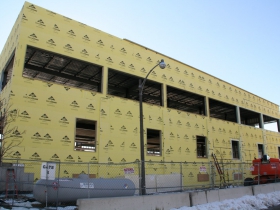 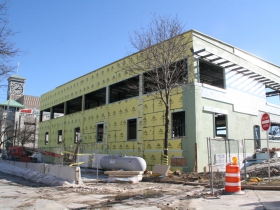 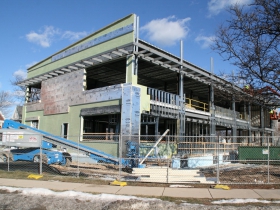 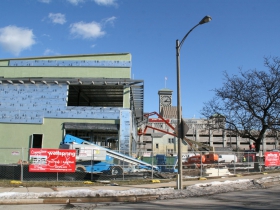 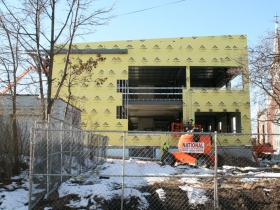 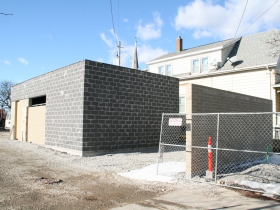 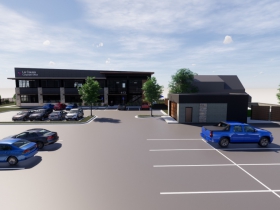 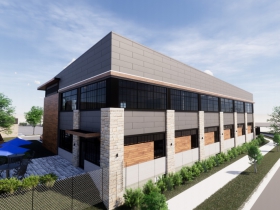 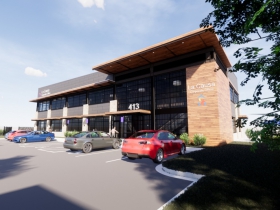 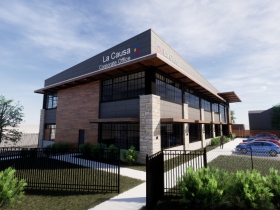