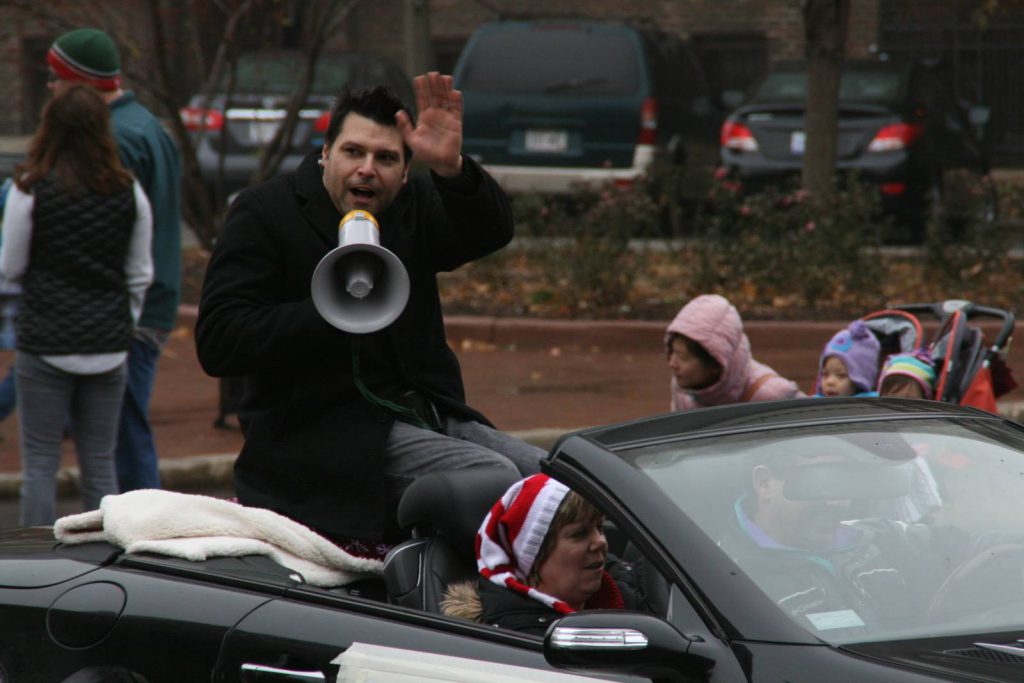 Charlie Sykes once wrote a column for Right Wisconsin admitting that, “Over the years I’ve been in the public eye, I have been accused of having a thin skin when it comes to criticism.”

That was amusing, given how free with criticism Sykes was as a right-wing radio talker, and he now has a worthy successor in the department of thin skin. That would be WISN talk radio host Dan O’Donnell.

Ross, a former Democratic legislative aide who ran the liberal One Wisconsin Now group for years, has indeed been a hit man attacking Republicans. And on January 11 he tweeted a comment calling O’Donnell a “white nationalist genital wart,” called for a boycott of WISN and O’Donnell and asked “Why is UW Health advertising on white nationalist/terrorist insurrection radio?”

I have no idea who started it, but the enmity between the two goes back some time. Back in April 2020, O’Donnell wrote a column blasting the appointment of Ross to the state Ethics Commission.

But for Ross to dare to criticize him back, well that’s an outrage, O’Donnell charged in a column for the conservative MacIver Institute. The comment by Ross “is an egregious abuse of government power that strikes to the very heart of our rights as a free people,” he huffed.

“It is also quite possibly the single greatest abridgement of the right of a free press that Wisconsin has seen in a long time,” O’Donnell went on. “The First Amendment of the United States Constitution provides that ‘Congress shall make no law…abridging the freedom of speech, or of the press,’ While Article I, Section 3 of the Wisconsin Constitution prohibits government action that would ‘restrain or abridge the liberty of speech or of the press.’”

Get a daily rundown of the top stories on Urban Milwaukee
Except that Ross is not a lawmaker and hasn’t even suggested a law or government action be taken. He has used his own free speech rights to suggest an advertiser boycott of one Dan O’Donnell.

But O’Donnell is just getting warmed up. What Ross said “potentially rises to the level of misconduct in public office,” O’Donnell insists. “Given his position—a seat on the board that is ironically tasked with determining ethical behavior in politics and campaigns—an advertiser such as UW Health may surmise that it is doing something unethical by advertising on what Ross calls ‘white nationalist/terrorist insurrection radio.’”

I think it’s safe to say the people who run UW Health aren’t that dumb. And if they had any doubts whether advertising on a mainstream radio station like WISN was “unethical” — a word Ross never used — they could simply ask the ethics board for an opinion.

Did Ross show good judgment in tweeting about a state institution? No. But O’Donnell’s contention that Ross is guilty of “unconstitutional” behavior is laughable and his claim that Ross violated state ethics is a stretch. As noted by the Wisconsin State Journal, which first reported on the controversy, Ross hasn’t violated the state ethics code or engaged in any behavior the Ethics Commission might frown on: “It wouldn’t appear that Ross, using his personal Twitter account, has engaged in the types of specific behavior the commission he serves on deems unacceptable, such as accepting gifts or agreeing to lobby for issues in return for campaign contributions.”

O’Donnell, of course, is free to complain to the Ethics Commission, but that will get him nowhere because of changes by Republicans that he supported. The old Government Accountability Board (GAB), which oversaw ethics and elections, was a non-partisan board made up of retired judges which took some strong stands, including investigating the then-illegal collusion between Gov. Scott Walker’s campaign and “independent” advocacy groups. This angered Republicans, who disbanded the GAB and divided it into the Elections Commission and Ethics Commission, each with membership equally divided by Republican and Democratic appointees. This created two toothless debating societies whose board members rarely agree on anything.

As O’Donnell concedes, Ross’s call for an advertising boycott is unlikely to succeed. As for the idea that O’Donnell’s free speech is in jeopardy, few people in the state use more of it. O’Donnell is the morning host for WISN, can be heard on podcasts, writes a blog, and does occasional columns for the MacIver Institute. And no doubt he will continue to use all of them to blast Ross. Since the end of the fairness doctrine, there are few constraints on talk radio, which can peddle all the hate you care to hear.

Back when Sykes and Mark Belling both did Sunday morning pundit shows, I appeared on both occasionally. The difference was stark. Sykes stacked his panel with conservatives and did everything he could to funnel the conversation back to his viewpoint. Belling, by contrast, wanted and encouraged liberals on the panel to disagree with him. He relished a clash and if you blasted him he gave it back in spades. Mark Belling wouldn’t be caught dead writing a simpering “woe is me” column like O’Donnell did.