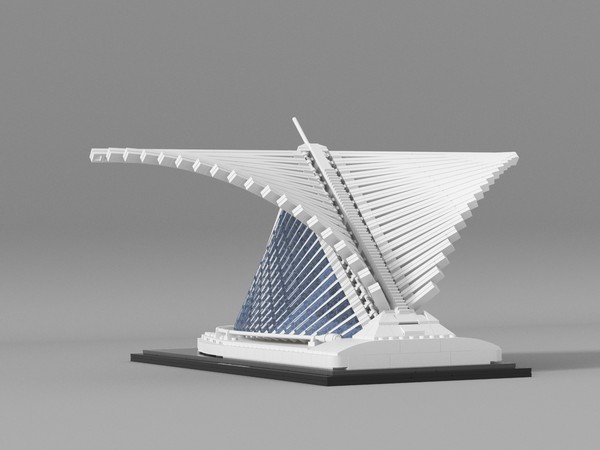 If you’ve ever looked at the Milwaukee Art Museum’s Quadracci Pavilion and wondered how it was built, you might soon have the opportunity to try your hand at it, sort of.

The pavilion — designed by famed architect Santiago Calatrava — was the inspiration for an entry into a competition called LEGO Ideas in which the company accepts fan-made designs for new playsets with the possibility that the designs could go into production.

It has received 10,000 votes of support and will be reviewed by the company for potential production as an official LEGO set.

Vida András is a Hungarian artist and product manager with a company that produces architectural renderings, and in 2020 he entered his LEGO conceptualization of the building on Milwaukee’s lakefront.

András is “fascinated by the architectural language” used by Calatrava. A language that proved difficult to render in LEGO form, he said. “Trying to represent the beautiful curves and lines from the real building was challenging.”

Eventually he did manage to build the pavilion out of LEGOs, even mimicking the “rib-like complex shapes” which are found in a number of Calatrava’s buildings and were an inspiration for András. He even managed to design a version that allows the building’s wings to open and close just like the real pavilion.