The seven-day case total stands at 12,654, its lowest point since September 21st and well below November 18th’s record report of 45,946. The seven-day testing total stands at 48,303, the lowest total since May 23rd below November 18th’s record rolling total of 133,019 tests. The testing total is filtered to only include individuals who were tested for the first time or have been tested previously but are receiving their first positive diagnosis.

The Wisconsin Hospital Association reported that 834 people were actively hospitalized with a confirmed case of the disease, a decrease of 31 from a day prior and 191 from a week ago. Thirty days ago the total was 1,308.

DHS reported 119 people were newly hospitalized in the past 24 hours in its daily data release. A total of 23,363 people have required hospitalization since the outbreak began, 658 in the past week.

DHS reported 50 new deaths. A total of 5,562 Wisconsin residents have died as a result of the virus, including 1,106 in Milwaukee County.

According to DHS data, 9,767.2 out of every 100,000 Milwaukee County residents have tested positive for COVID-19 since the outbreak began.

NOTE: We missed our daily report yesterday. We regret the inconvenience. 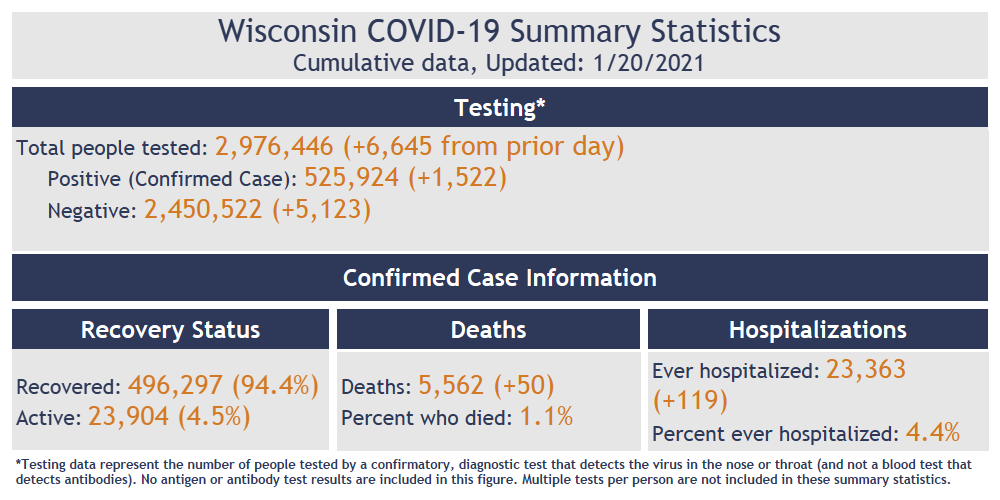 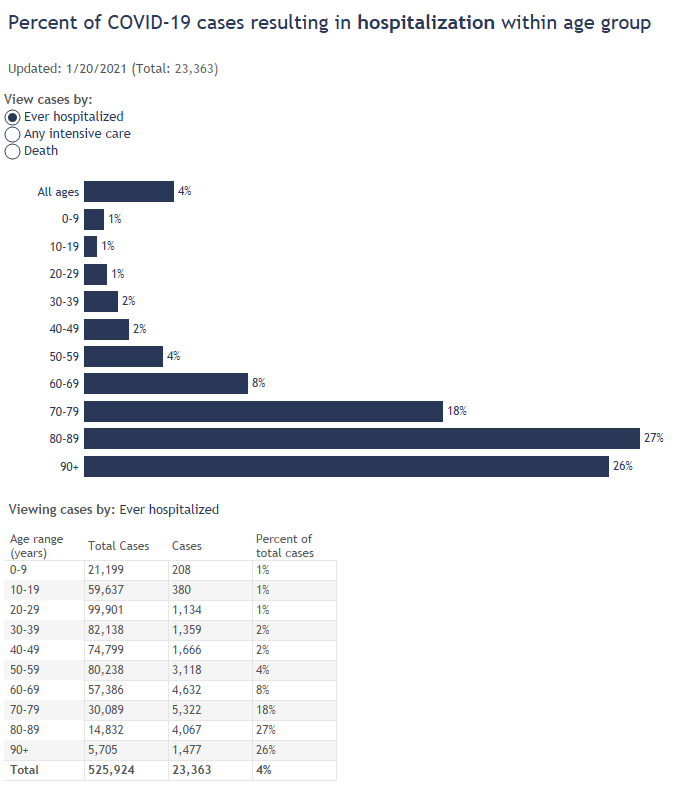