Plus: New BBQ place for King Dr. And Dr. Dawg comes to Wauwatosa. 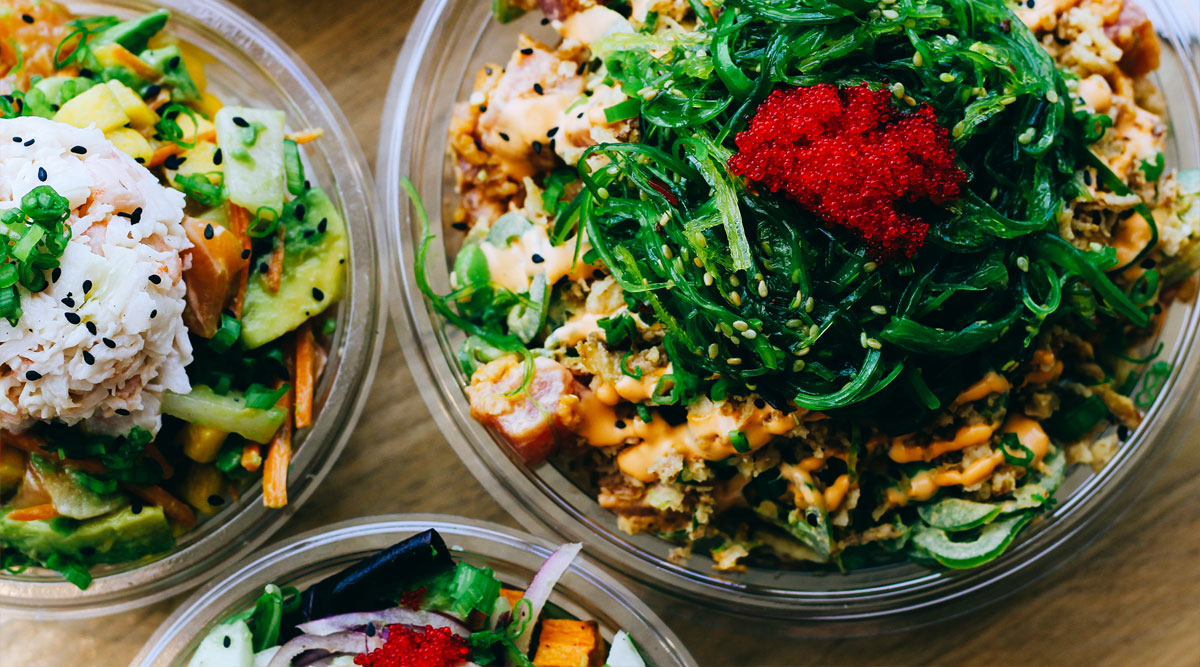 Bayshore has announced via a press release that FreshFin Poké, a fast-casual restaurant specializing in Poke Bowls, will open a new location in the Bayshore shopping center. This will be the first FreshFin to open in North Shore, and is projected to open its doors sometime early summer.

“We have had our eye on the North Shore for some time and we believe Bayshore is the perfect partner to help us serve the North Shore communities,” stated Nate Arkush, founding partner of FreshFin Poké, in a press release. “We are excited about the positive direction Bayshore is headed and look forward to delivering great tasting, healthy and convenient cuisine to the guests that visit.”

The 1,857-square-foot building will be located at 5800 N. Bayshore Dr. near the newly renovated indoor rotunda community area and is part of Bayshore’s estimated $75 million redevelopment project. The North Shore location will mark the eighth FreshFin Poke franchise to open, with six locations in Wisconsin and one in Salt Lake City, Utah.

Fiddleheads Coffee Roasters is moving forward with its plans to open its sixth location, a cafe in Shorewood located at 4334 N. Oakland Ave. Located on the corner of Oakland Ave. And Lake Bluff Blvd., the cafe will replicate the look and feeling of an old-world coffee house.

“For 24 years we’ve purposely operated with the philosophy that we don’t know where our company stops, and community starts,” reads a statement on Fiddleheads’ website. “Like a kitchen is the heart of the home, all of us look forward to Fiddleheads being the heart of the Shorewood community.”

The interior of the cafe is spacious, and and the outer area features a fire pit for enjoying coffee during the winter. A patio will be open during the warmer season. Fiddleheads serves small batch coffee, a classic line of espresso drinks, baked goods and breakfast and lunch items.

Dr. Dawg, a fast-casual restaurant specializing in burgers and Chicago-style menu items, will celebrate the opening of its second location on January 12. The new location is at 853 N. Mayfair Rd. in Wauwatosa, in the Promenade, just north of Bluemound Rd. The original Dr. Dawg opened in Glendale in 2010 and was picked by Urban Milwaukee critic John Koethe as one of the best burger places in town.

The grand opening will take a “creative, fun” approach to welcoming new customers, according to a press release. The first 100 guests will get a chance at Dr. Dawg’s Golden Ticket, with each ticket awarding a prize of some sort. One “lucky dawg” will get free Chicago-style hot dogs for a year, and five Dr. Dawg Swag Bags will be given away, one for each day of the week starting January 11.

Managing partner Brooke Thomson had originally hoped to open the new location in September, but plans had shifted due to the pandemic. Dr. Dawg will operate with CDC guidelines in mind, with carryout, curbside pickup, contactless delivery and socially distant dining options available for customers. Employees will wear masks and frequently sanitize tables, chairs, counters and door handles.

MLK Que would serve barbeque, pasta, salad and burgers according to a license application. The menu lists items such as beef brisket, shrimp alfredo and a choice of catfish or cod dinner. Appetizers like wings, shrimp and fried foods are listed as well.

A bar would be installed inside and the restaurant would offer sidewalk dining. Proposed hours are from 10 a.m. to 1 a.m. from Tuesday to Saturday and 10 a.m. to 10 p.m. on Sunday and Monday.