Who Is Madam Chino? 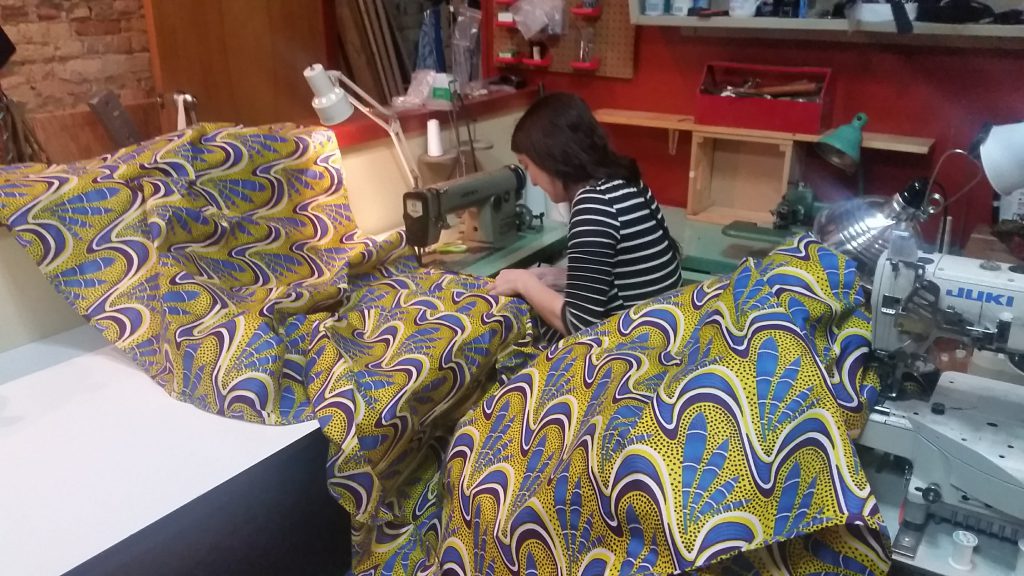 Who is Madam Chino?

It’s a question that Vanessa Andrew, the owner and sole proprietor of Madam Chino, found herself Googling once upon a time. The name came to her in the form of a second-hand t-shirt at Value Village — it’s white, velvet iron-on lettering proudly displaying the name.

“No one came up, so I guess its me,” Andrew recalls thinking at the time she discovered what would become the name of her business. 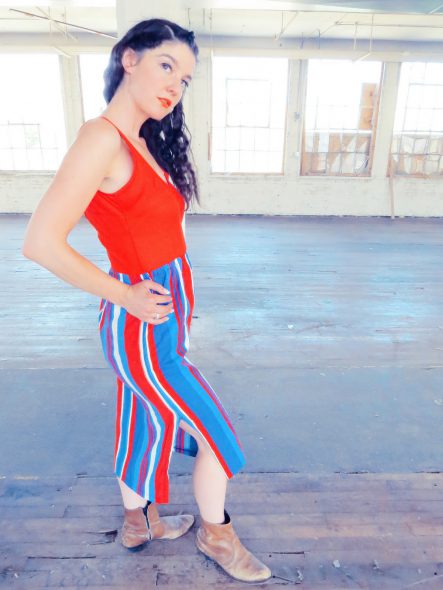 It’s an appropriate origin story for a business that deals largely with selling clothing handmade from recycled materials — not to mention that “chino” also happens to be a type of fabric.

But while this incident is relatively where Madam Chino’s story begins, it’s where the business’ story goes next that has Andrew a little worried.

By spring of 2021, the historic, Cream-City brick building located at 1737 N. Palmer St. that Madam Chino had been operating out of since 2016 will likely be demolished to make way for a new apartment building. The project is led by Milwaukee Bucks shooting guard Pat Connaughton, who operates an investors group called Three Leaf Development. Connaughton’s company purchased the building for $550,000. According to Andrew, the building had been up for sale since December 2019, but she never expected it to be demolished.

“Everybody left this building but I stayed because I was looking for something to buy,” Andrew says. “I figured maybe they’d just fix it up and charge more.”

Andrew believes that the old owner of the building filled up the vacant spaces to attract potential buyers, only to let them know three months later that they would have to move out. She recalls that some businesses didn’t even know that the building would soon be demolished — one in particular that moved in above Madam Chino had moved in after the building had already been sold, but wasn’t aware of the situation.

“There are six or more women or minority-owned businesses in this building and we’re getting kicked out in the middle of the winter and the pandemic,” Andrew says.

For Andrew, finding a new home for Madam Chino isn’t just as simple as moving into any new building. The business is an entity made up of components that all center around the idea of sustainability — it’s part retail space, part production facility and part classroom. Andrew sells her own clothing, housewares and utilitarian items all crafted from reused materials. She offers alterations on clothing, a service that Andrew says keeps that clothing from being tossed away and instead is given new life. She also offers lessons for those learning to sew, a service she believes helps grow the local economy and helps people express themselves.

“That’s the reason I’m in a weird situation,” Andrew says. “I needed more space as the business matured. I’m just looking for the right space to house all of it.”

Madam Chino’s story dates back to 2002, when Andrew began doing pop-ups and then started the Fasten Co-Op Clothing Gallery in 2003 with other creatives. That co-op is now known as Sparrow Collective, a boutique offering clothing, art and gifts from artists all over the country. But Andrews left Fasten long before it became known as Sparrow.

“I decided it had gotten too big and I wasn’t able to do my artwork,” Andrew says.

In 2008 Andrew moved her business into the Fortress Building, a six-story complex located at 1726 N. 1st St. owned by Rick Wiegand. It was set up like a warehouse, with Madam Chino hidden away in the middle, making it a difficult spot for foot traffic business. In 2016, Andrew moved out, as the building was being converted by the Madison-based Alexander Company into an apartment building — marking the first time that Madam Chino would face this scenario.

That same year, Madam Chino began operating out of the space Andrew most recently called home, again owned by Wiegand. Prior to opening, she remembers having doubts about whether or not the city would support her business.

“But as soon as I opened the door, people were looking for help with everything and it spread like wildfire,” Andrew says.“

In just this last year, Andrews had finalized the classroom space at the Palmer St. location which allowed her to begin teaching more sewing-related classes. Andrew was also teaching at Milwaukee Public Schools through Arts at Large, a nonprofit group, but has since been let go due to the pandemic. She also lost what she called her “social job” — serving cocktails at The Jazz Estate located at 2423 N. Murray Ave.

And as if losing two jobs and a retail space wasn’t enough, Andrew also had to leave the East Side apartment she had been renting for the past decade, as her landlord has put the home up for sale. She’s currently couch surfing, and is staying busy by sewing and selling masks.

“Sewing is a booming business still and I’m grateful for that,” Andrew says. “It’s a little humorous and ironic with business doing great but now all of this.”

And so Andrew continues her search for a new home for Madam Chino. She notes that the market is high and geography is important to her, so she’s waiting for the right opportunity.

“I still want to survive,” Andrew says. “I just don’t want to give up.”

She believes a pivot to an online formula isn’t realistic.

“I cannot fit you in a dress on the internet,” Andrew says. “There are certain things you cannot do over the internet.”

If a new brick & mortar location isn’t in the cards in the near future, Andrew will focus on pop-up classes at other storefronts and working from home, most likely out of a rented workspace.

“I hope that I can continue to serve people because that’s really been a valuable thing for me,” Andrew says. “It’s the best thing I can offer.”

And so, like the second-hand t-shirt that inspired its name, Madam Chino still has plenty of life left in it, and is patiently waiting for the next chapter. 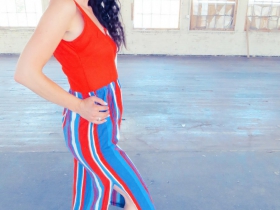 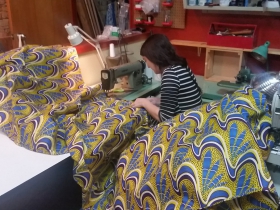 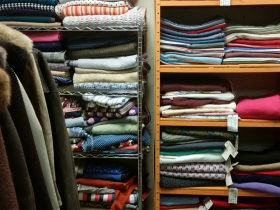 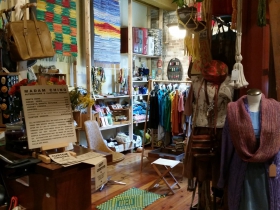 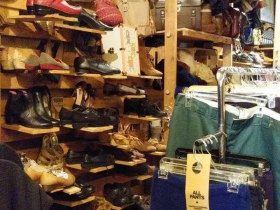 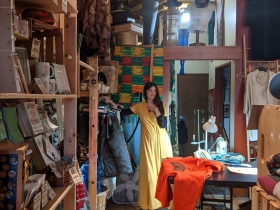