After the events at the U.S. Capitol, Mayor Shawn Reilly is "ashamed" of the party.

By Corri Hess, Wisconsin Public Radio - Jan 7th, 2021 05:44 pm
Get a daily rundown of the top stories on Urban Milwaukee 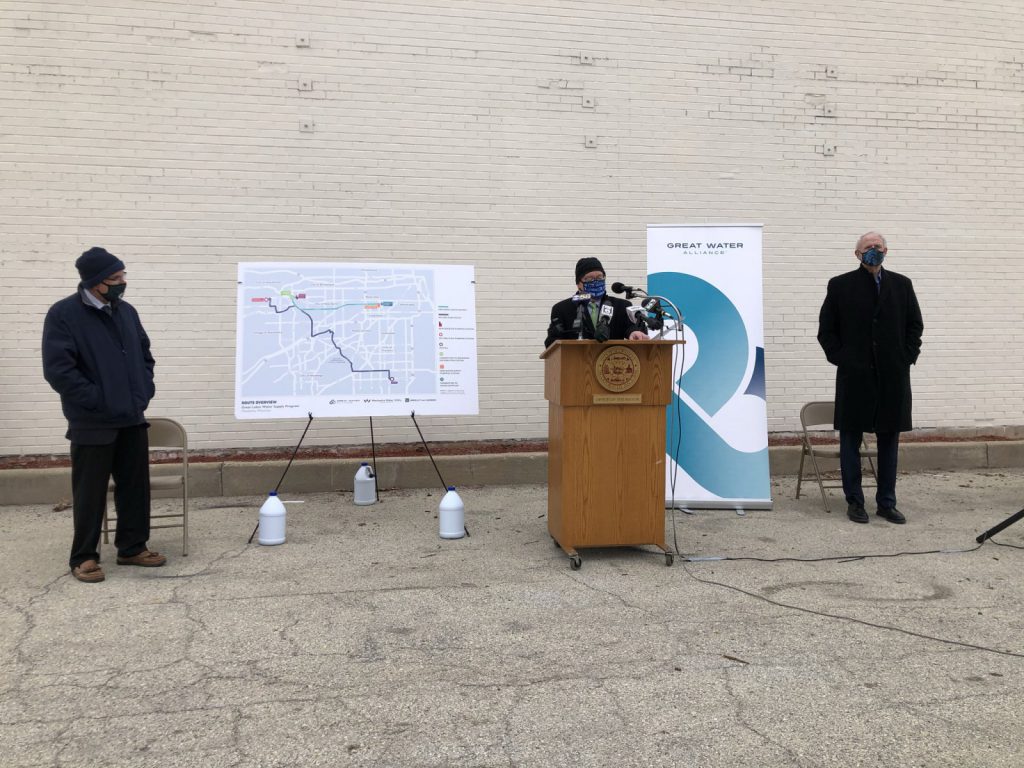 In a Facebook post, Reilly said he knew the decision could cost him his political career, but said he was too upset not to announce his decision publicly.

“I am ashamed that I was a member of the Republican Party and I do not know how I can ever be a member again,” Reilly wrote.

When contacted by WPR, Reilly did not want to comment further, saying the post spoke for itself. Though he did say he’s expecting a negative reaction from the GOP and the public for his decision.

Reilly is a former attorney who was elected as mayor of Waukesha — a nonpartisan position — in April 2014.

His condemnation of the GOP is significant given his geographic location. Southeastern Wisconsin’s WOW counties — Waukesha, Ozaukee and Washington — are a known Republican stronghold. For the GOP to win in state races, Republicans need to do well in the WOW counties. And they typically do.

James Wigderson, Waukesha resident and editor of RightWisconsin, said Reilly’s message is significant because he’s the mayor of the largest city in a place that is traditionally seen as the center of Republican politics in Wisconsin.

“While he holds a nonpartisan position, traditionally in the last 20 years or so, democratic officials have not fared well in the city,” Wigderson said. “While Reilly didn’t say he was becoming a Democrat, that he would feel free to openly say he was ashamed of ever being a member of the Republican Party I think is a signal of the changing political tide here in the city.”

President-elect Joe Biden won Wisconsin by about 20,600 votes in November. In Waukesha County, he received 103,906 votes, compared to Trump’s 159,649, according to the county’s Board of Canvassers.

While Trump won Waukesha, his percent of the vote was not as high as other campaigns including Gov. Scott Walker and State Supreme Court Justice Brian Hagedorn.

Wigderson said while Democrats say they’ve done a better job reaching the community, he thinks there’s just a distaste for what’s going on in the Republican Party.

“You have a faction of the party that is hell-bent on fighting for Donald Trump until the bitter end, and there are people that are on the sideline, that may not be the most active, recoiling in horror at what that means,” Wigderson said.

When reached by email, Wisconsin GOP Chairman Andrew Hitt didn’t comment on Reilly’s leaving the party, but said what happened at the U.S. Capitol was “beyond reprehensible.”

“Those who committed crimes should be prosecuted to the fullest extent of the law. There is no place for violence in our political system,” Hitt said. “Our focus after this election continues to be on building a winning coalition that promotes individual liberty, freedom, and prosperity as we work on winning local elections this spring.”

Former Waukesha Mayor Larry Nelson, who served from 2006 to 2010, has been active in the Democratic Party for about 40 years and has spent the last 19 years in Waukesha government.

Nelson said Reilly has conducted himself with integrity and honesty, and said he thinks the community will understand his reaction to the tragic results of the extremists who stormed the Capitol.

“I don’t know if he’s planning to run for a third term or not, but I don’t know if it will hurt him, it might even help him,” Nelson said. “I do think there is a significant (political) change going on, I don’t think we’ll really know until future elections whether the changes will be permanent or just have to do with President Trump.”