By Melanie Conklin, Wisconsin Examiner - Dec 30th, 2020 01:08 pm
Get a daily rundown of the top stories on Urban Milwaukee 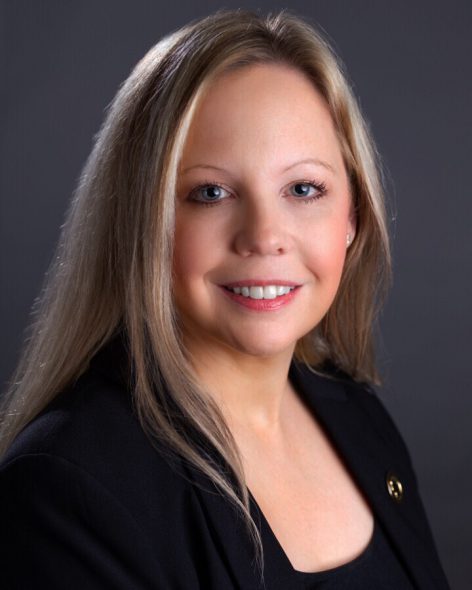 The state has cleared its backlog of unemployment claims — though the feat does not include claims for additional pandemic assistance.

Amy Pechacek, the new secretary-designee of the Department of Workforce Development, made the announcement Wednesday.

“Since the start of the pandemic, our top priority at DWD has been ensuring that all eligible unemployment claims in Wisconsin are paid as quickly as possible,” Pechacek said in a statement. “Today, I am proud to say we have reached our goal to clear the backlog of claims. The tireless work of DWD staff has made it possible for UI to resume its seasonal level of timeliness in January.”

In September there were nearly 100,000 Wisconsinites who had pending UI claims. Regular claims do not include Pandemic Unemployment Assistance (PUA) and similar claims.

The level considered timely before the pandemic is resolution of any issues within 21 days. According to DWD, “all remaining relevant eligibility issues over 21 days have now been assigned for adjudication.” Approximately 590,095 claimants were paid more than $4.7 billion in UI benefits during the pandemic as of Dec. 26. The agency has processed 8.8 million weekly claims, more than the total 7.2 million from the previous four years added together.

The unemployment system has been a focus of criticism from Republicans and Democrats alike during the pandemic as people have had to choose between food, housing and bankruptcy as the COVID-19 crisis brought record unemployment. Republicans blame the Evers administration for mishandling unemployment claims, causing tens of thousands of people to wait months for checks and struggle to contact anyone at the agency who might help them.

In addition to the long waits, other problems plaguing the agency have included overpayments and too few employees adjudicating claims. Democrats have blamed outdated technology and Republican laws passed under the previous administration that have made it more difficult to collect unemployment benefits, such as the one-week waiting period between losing a job and receiving the benefits.

A recent audit performed by the Legislative Audit Bureau showed there were roughly 35,000 Wisconsinites who had filed for unemployment insurance and had to wait more than three weeks to learn if their claims would be accepted, according to Pechacek’s testimony before the Joint Legislative Audit Committee in mid December. “Our intention is to have all claims that are older than 21 days fully resolved or actively in process by the end of the year,” Pechacek said at the time.

That is the goal she announced as being completed on Wednesday.

Getting out of ‘this mess’

“All of us as legislators have been besieged by literally thousands of phone calls from constituents,” said audit committee chair Sen. Robert Cowles (R-Green Bay) at the start of that hearing. “But today I hope we can shed light on exactly where we are at — how do we get out of this mess?”

Evers has said that the overhaul of the outdated technology will be a priority in the next biennial budget, which will begin in 2021, and will likely cost between $50 million to $70 million. The department has also hired, reassigned or contracted with 1,300 new adjudicators, which State Auditor Joe Chrisman said has led to faster processing of claims.

DWD also plans to simplify its filing form for unemployment insurance claims using plain language and is taking public comment on the proposed changes through Jan. 8 on its website.

]A recent partnership between DWD and Google Cloud has given the agency predictive analytics and data models that assign confidence scores to various holds or other issues with pending claims. DWD staff is using these scores to run validation tests to shorten adjudication times, but not to deny any claims, according to the department.

Pechacek’s announcement that the regular backlog had been cleared came immediately after Evers announced his appointment of Pechacek to head the state Department of Workforce Development (DWD).

“The DWD has faced historic levels of claims, hindered by antiquated technology and burdensome bureaucracy created by those who always intended to make it harder for folks to access these vital benefits,” said Evers. “Amy understands that during these challenging and unprecedented times, Wisconsinites are depending on a government that works for them and does so quickly and effectively.”

She has been leading the department’s transition since the governor asked previous Secretary-designee Caleb Frostman to resign in mid September. Before that, Pechacek was serving as the Deputy Secretary of the Department of Corrections (DOC) in the Evers administration.

She came to state government service from Milwaukee County, where she worked in risk management and public policy development, according to her profile from the DOC. She began her career as a licensed private detective focused on fraud investigations.

Pechacek’s appointment as DWD secretary will require state Senate approval to become permanent rather than having “designee” status. The Senate also has the power to fire her, as it did with former Department of Agriculture, Trade and Consumer Protection Secretary-designee Brad Pfaff, who won election to the state Senate on Nov. 3.

Other secretaries who have not received Senate confirmation include Andrea Palm at the Department of Health Services, who has been overseeing the pandemic response, as well as Dawn Crim at the  Department of Safety and Professional Services, Craig Thompson at Transportation and Missy Hughes at the Wisconsin Economic Development Corporation.