Judge says the public interest lies in "alleviating needless suffering by those who are dependent on the government for their care."

By Corri Hess, Wisconsin Public Radio - Dec 17th, 2020 12:20 pm
Get a daily rundown of the top stories on Urban Milwaukee 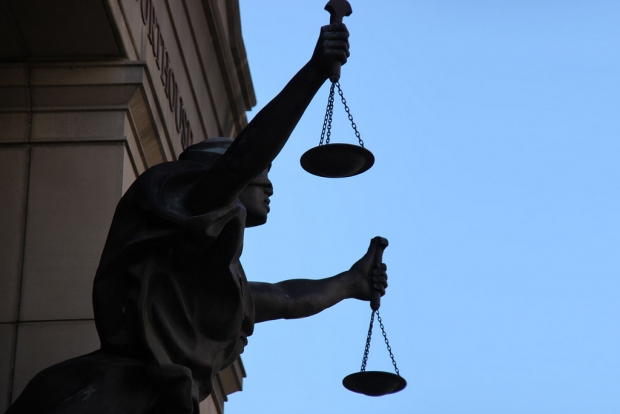 A transgender inmate at the Racine Correctional Institution has won a federal case and will be allowed to undergo sexual reassignment surgery.

U.S. District Judge James Peterson ruled earlier this month that Nicole Campbell’s Eighth Amendment rights under the U.S. Constitution had been violated by the Wisconsin Department of Corrections when she was denied the surgery.

During Campbell’s trial in March, the court found she has gender dysphoria. In his ruling, Peterson wrote the condition causes Campbell “anguish and puts her at risk of self-harm or suicide.”

According to the American Psychiatric Association, gender dysphoria is “a strong desire to be of another gender, which may include desire to change primary and/or secondary sex characteristics. Not all transgender or gender diverse people experience dysphoria.”

In his ruling, Peterson acknowledged sexual reassignment surgery may be viewed as controversial, even outside a prison context, but said the surgery is no more expensive or difficult than other treatments DOC routinely provides.

“And some members of the public are outraged at any effort to improve the health and well-being of inmates. But the true public interest lies in alleviating needless suffering by those who are dependent on the government for their care,” Peterson said in his ruling.

Campbell’s requests for breast augmentation, voice therapy, and electrolysis were denied by Peterson.

The DOC declined to comment on the ruling when reached by Wisconsin Public Radio Wednesday.

Milwaukee-based law firm Husch Blackwell represented Campbell pro-bono. Attorney Tom Heneghan, a partner at the firm, said he has gotten to know Nicole and realized how much she is suffering and how much she needs this treatment.

“She has done everything she can within the confines of the male prison.” Heneghan said. “She was allowed to purchase feminine eyewear, she could wear feminine undergarments, they provided her with hormone therapy. But they drew the line and said, ‘No prisoner in Wisconsin will ever be allowed this kind of surgery.’ It wasn’t even an assessment of her situation.”

In a brief filed in March, the Wisconsin Department of Justice argued sexual reassignment surgery was not medically necessary in Campbell’s case because there was a dispute among experts whether it is appropriate for her.

The brief also argued that Campbell has not had real life experience living among women. But in Peterson’s ruling, he said Campbell will likely have to wait at least a year for the surgery, since there is only one qualified surgeon in Wisconsin able to perform the procedure. In the meantime, the DOC has the option to move her from the men’s prison in Racine to a facility for women, Taycheedah Correctional Institution in Fond du Lac County.

Heneghan said Campbell prefers to be at Taycheedah.

“She assumes, and probably correctly, her life will be easier there, because she will be with other women,” Heneghan said.

Campbell has been in prison since 2008 after she was found guilty as Mark Alan Campbell of first-degree sexual assault of a child without great bodily harm. Her release date is March 2041.

The DOC’s Gender Dysphoria Committee first denied Campbell sexual reassignment surgery in 2013. According to a lawsuit filed then, the denial caused Campbell to suffer “cruel and unusual punishment.”

Heneghan said he hopes the ruling changes how DOC treats inmates in need of health care.

“The DOC medical director was respectful of Nicole, but they had this policy, and they were just never going to consider (sexual reassignment surgery) ever,” Heneghan said. “And that’s deliberate indifference. That’s refusal to exercise medical judgement, which is what they are obligated to do. What if she had cancer? No one would have said that’s not necessary.”