Daily death toll not falling, even as cases and hospitalizations do.

The Wisconsin Hospital Association reported that 1,363 people were actively hospitalized with a confirmed case of the disease, a decrease of 47 from a day ago and 121 from a week ago. Thirty days ago the total was 2,277.

DHS reported 129 people were newly hospitalized in the past 24 hours in its daily data release. A total of 19,785 people have required hospitalization since the outbreak began, 910 in the past week.

Get a daily rundown of the top stories on Urban Milwaukee
DHS reported 59 new deaths. A total of 4,255 Wisconsin residents have died as a result of the virus, including 845 in Milwaukee County.

Since September, Milwaukee County has gone from having the worst per-capita outbreak to the 19th worst in the state, even as its case and hospitalization load has surged to record levels. The county fell as low as 26th in early November. 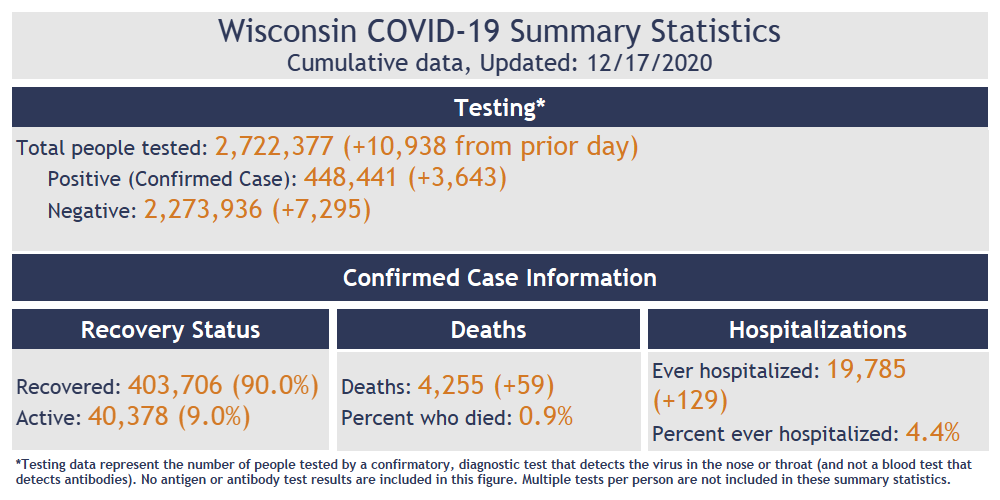 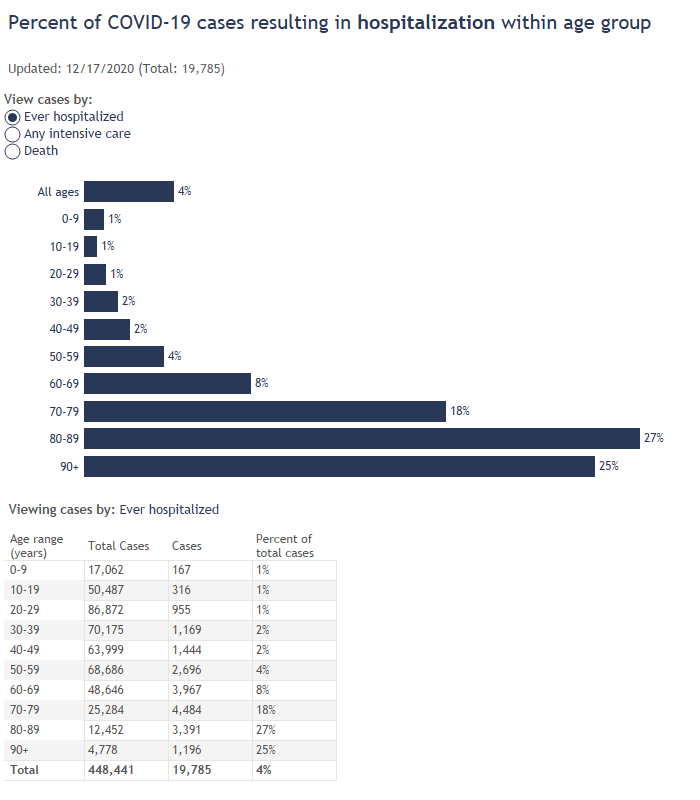