Wisconsin ‘Kraken’ Lawsuit Not Over Yet 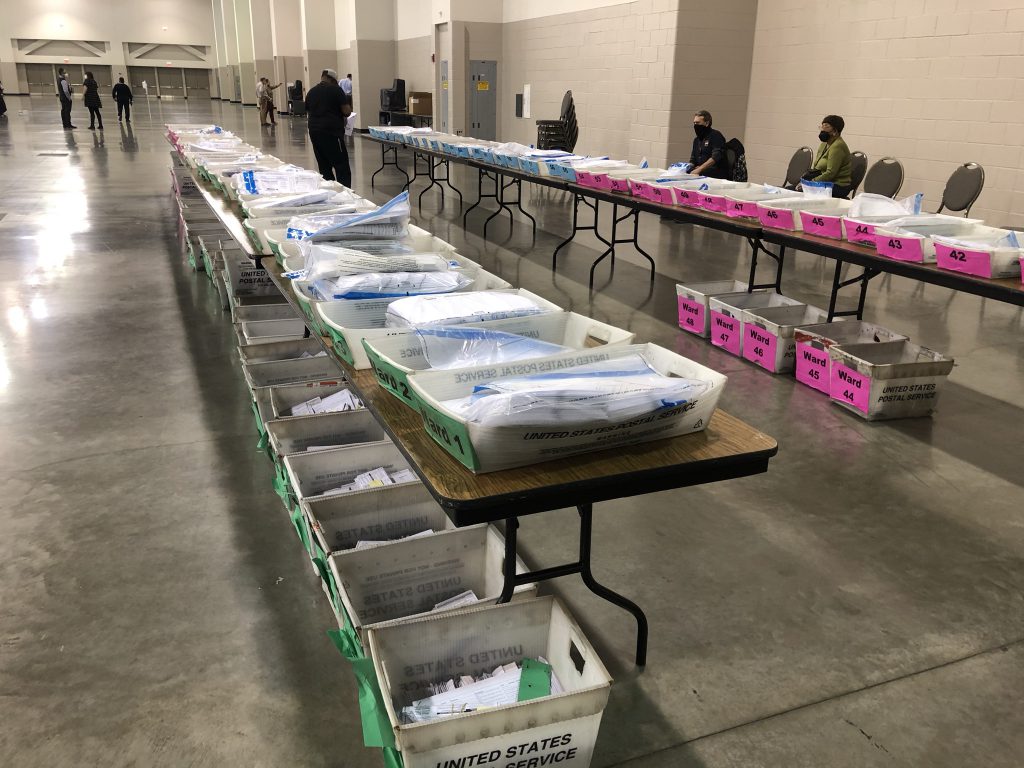 Attorney Sidney Powell will “release the kraken” just as soon as someone lets her.

The Texas attorney’s federal lawsuit to overturn Wisconsin’s presidential election results was rejected by a judge Wednesday. But Powell, similar to her suits in Michigan, Georgia and other states, isn’t going down without a fight. She’s appealed her Wisconsin case.

She continues to contend there was “massive election fraud” in Wisconsin and other states. It’s a conspiracy theory that involves Dominion voting equipment not used in Wisconsin’s largest counties and references to Hugo Chavez, Iran, China and other foreign actors.

Her original Wisconsin suit was riddled with issues: confusing a Detroit convention center with an office building in Milwaukee, including a plaintiff without his knowledge and a number of misspellings.

At one point, she insisted the Electoral College would meet on December 8th. Judge Pamela Pepper corrected her, noting it was actually on the 14th.

“Federal courts have limited jurisdiction. Does a federal court have the jurisdiction and authority to grant the relief this lawsuit seeks? The answer is no,” wrote Pepper.

“Federal judges do not appoint the president in this country,” wrote Pepper. “One wonders why the plaintiffs came to federal court and asked a federal judge to do so. After a week of sometimes odd and often harried litigation, the court is no closer to answering the ‘why.’ But this federal court has no authority or jurisdiction to grant the relief the remaining plaintiff seeks.”

Get a daily rundown of the top stories on Urban Milwaukee
While Powell appeals her case, the Donald Trump campaign maintains three legal challenges to Wisconsin’s election results.

Attorneys for the State of Wisconsin and other defendants were making their closing arguments in a federal case as this article was published.

“It’s not lost on me that this is a political case, obviously, and that the relief that’s been requested, if that relief were granted, this would be a most remarkable proceeding and probably the most remarkable ruling in the history of this court or the federal judiciary,” said federal judge Brett Ludwig before the attorneys argued their cases. Ludwig was appointed by Trump.

A case targeting only Milwaukee and Dane counties in the state’s circuit court system is scheduled to be heard at 9 a.m. Friday.

The Trump campaign has moved to intervene in a motion brought by Texas Attorney General Ken Paxton against Wisconsin, Georgia, Michigan and Pennsylvania. The Supreme Court of the United States has not ruled whether it will hear that case. Seventeen other Republican attorney generals filed a brief that would bring their states into the case as well.