Surprise decision by Finance Committee member from Marinette known for his work on opioid crisis.

By Melanie Conklin, Wisconsin Examiner - Dec 2nd, 2020 09:29 am
Get a daily rundown of the top stories on Urban Milwaukee 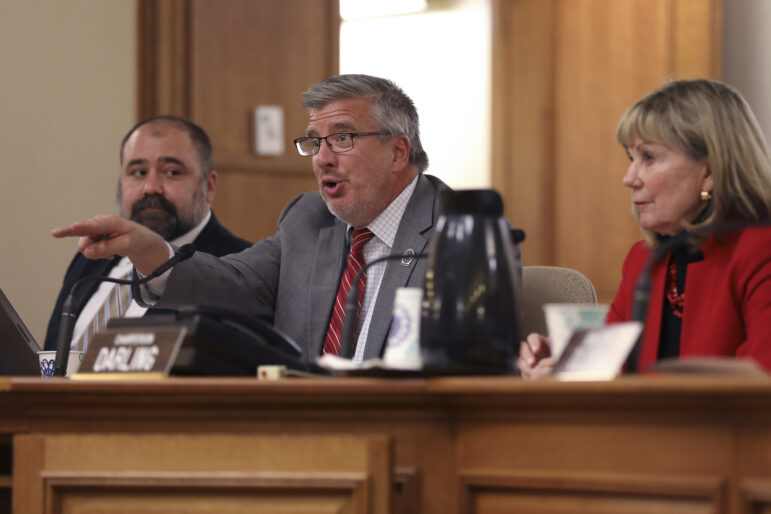 State Rep. John Nygren (R-Marinette) announced in the EagleHerald — the daily newspaper in Marinette County — that he is resigning from the Wisconsin State Assembly effective Wednesday. Nygren made the announcement at the Assembly Republican caucus Tuesday morning, according to his hometown newspaper.

In the Nov. 3 election, Nygren handily beat his Democratic opponent, Karl Jaeger, with nearly 69% of the vote. His resignation takes effect before he would have been sworn in to serve that term in January 2021. Speaker Robin Vos had just reappointed Nygren as the co-chair of the Joint Finance Committee, widely viewed as the most sought-after appointment in the Legislature.

In a statement, Nygren said he is departing to pursue opportunities in the private sector, acknowledging that “the timing will never be perfect.”

Many of his Republican colleagues put out statements praising his work, including Vos.

“The Wisconsin Legislature is losing a strong, fiscal conservative leader. I want to thank John for his nearly 14 years of public service in the state Assembly, especially his four terms as the Co-Chair of the Joint Committee on Finance,” said Vos. “John is leaving a legacy of balanced budgets, smaller government and lower taxes.”

Vos also cited what many see as the biggest impact, outside of state budgets, that Nygren has had, taking a lead on fighting Wisconsin’s opioid crisis. The cause is personal to Nygren and he has shared the struggles his daughter has had with heroin addiction.

“His incredible work in fighting the opioid epidemic has made a difference in countless lives and will have a lasting impact on the state,” said Vos. “His HOPE Agenda gave people real hope and offered new tools to battle a growing problem affecting Wisconsin families.”

His JFC co-chair Sen. Alberta Darling also cited his work on the opioid crisis: “His HOPE agenda was more than a slogan — it provides real hope to people caught in addiction and for the people who love them.”

Nygren’s district has been ground zero for some of the worst PFAS contamination in the state, and he has also worked on that issue.

In his statement, Nygren said, “Serving the 89th Assembly District has been the honor of a lifetime. I appreciate all the support I have received over the years and will always cherish the friendships I have made during my time in office.”